Executive Action for Unauthorized Immigrants: Estimates of the Populations that Could Receive Relief

In the absence of legislative movement to reform the U.S. immigration system, the Obama administration is considering executive action to provide relief from deportation to some of the nation's estimated 11.7 million unauthorized immigrants. These actions could include an expansion of the Deferred Action for Childhood Arrivals (DACA) program, extension of deferred action to new populations, or further refinement of enforcement priorities to shrink the pool of those subject to deportation. Using an innovative methodology to analyze the most recent U.S. Census Bureau data to determine unauthorized status, this issue brief examines scenarios for executive action publicly advanced by members of Congress immigrant-rights advocates, and others, providing estimates for DACA expansion or potential populations (such as spouses and parents of U.S. citizens) that might gain deferred action. Among the possible criteria for deferred action that MPI modeled are length of U.S. residence; close family ties to U.S. citizens, legal permanent residents, or DACA beneficiaries; and/or potential eligibility for a green card as the immediate relative of a U.S. citizen. 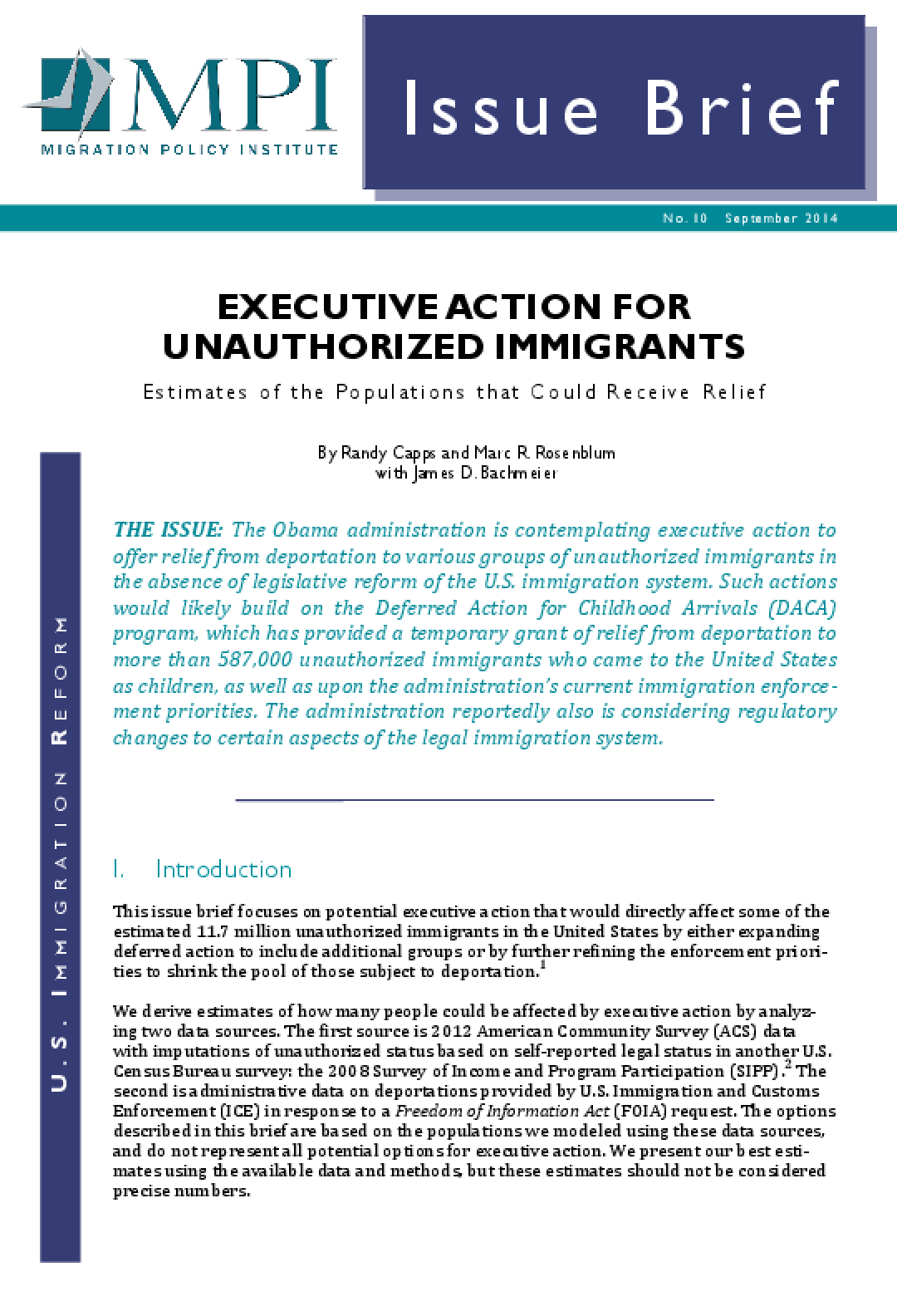