Executive Summary: A New Era in Education Reform: Preparing All Students for Success in College, Career and Life

As society changes, the knowledge and skills required for citizens to navigate the complexities of life and work must also change. As a result, some argue that schools must provide students with a broader set of skills that will enable them to thrive in our increasingly diverse, rapidly evolving and globally-connected world. The intent is not to replace the traditional academic disciplines but to infuse them with knowledge and skills that will better prepare students for success in the 21st century -- often referred to as "21st century skills." While others maintain that as long as a portion of the student population is not mastering basic reading, writing and mathematics skills, schools must continue to focus exclusively on the traditional core academic disciplines. In order to inform the debate about the rationale for and relevance of 21st century skills in Massachusetts' public schools, the Rennie Center for Education Research & Policy conducted a survey of superintendents, charter school leaders and principals statewide to gauge the extent to which school and district leaders support the integration of 21st century skills into public education. The goal of the survey was to provide a better understanding of Massachusetts' public school and district leaders' priorities for improving student learning, including their views on 21st century skills. The survey was followed by interviews with a small sample of administrators and educators in districts and schools where the integration of 21st century skills is a priority, in order to better understand district, school and teacher approaches for infusing 21st century skills into teaching and learning. Findings in 8 areas are presented in the Executive Summary along with considerations for state policymakers and leaders of Massachusetts schools and districts. The full report describes the background and context for the study, the study methodology, and key findings from the statewide survey and interviews in a sample of schools and districts. The final section of the report puts forth considerations for policymakers and K-12 school and district leaders. Case studies of two public school districts, Reading Public Schools and Brockton Public Schools are included in Appendix B. The case studies offer two different approaches to integrating 21st century skills district-wide. The case study of Reading Public Schools illustrates a district-led approach. The case study of Brockton Public Schools is an example of how one school has spurred a district to focus on 21st century skills. This report was released at a public event on October 7th, 2010. View video clips from this event on our YouTube channel and read an EdWeek article featuring this report. 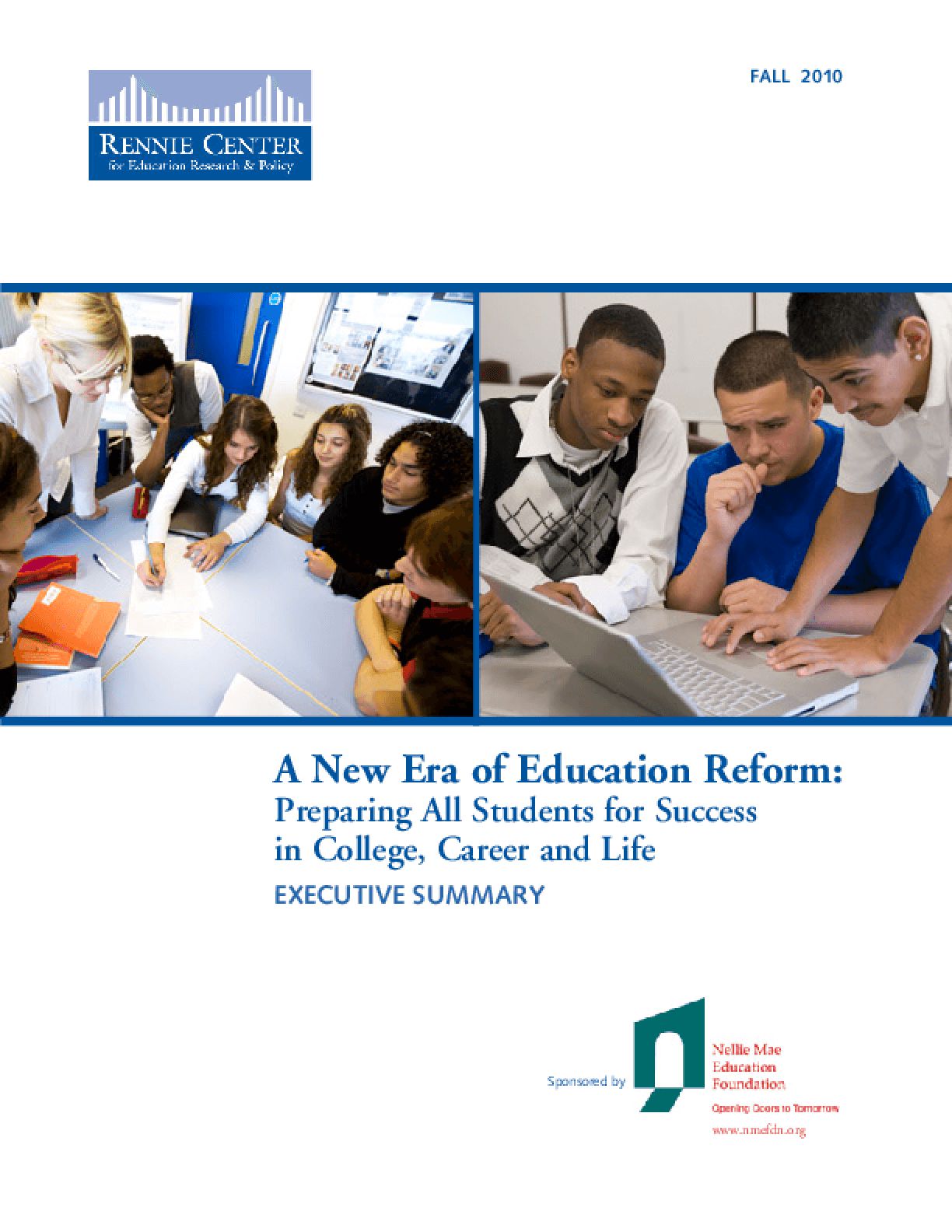