Expanding Access to Public Space at the Hudson River Park

FIERCE and the Urban Justice Center issued a report in January 2008 entitled "LGBT Youth Center: Pier 40 Recommendation," which provided a brief overview of some of the issues that lesbian, gay, bisexual, transgender and queer (LGBTQ) youth face in New York City, reported on the challenges in finding relevant programming and services for LGBTQ youth in the West Village, and provided a viable recommendation for creating public space and community access for all users of Pier 40.


This White Paper follows up on the previous report by:


Summarizing the issues facing the West Village community and LGBTQ youth of color in New York City, particularly connected to their lack of access to safe public space and lack of real participation in decision making about the Hudson River Park.


Suggesting changes to the Hudson River Park Act and recommending specific action items for lawmakers to improve the community's access to public space and ensure that the park is fulfilling its intended purpose. 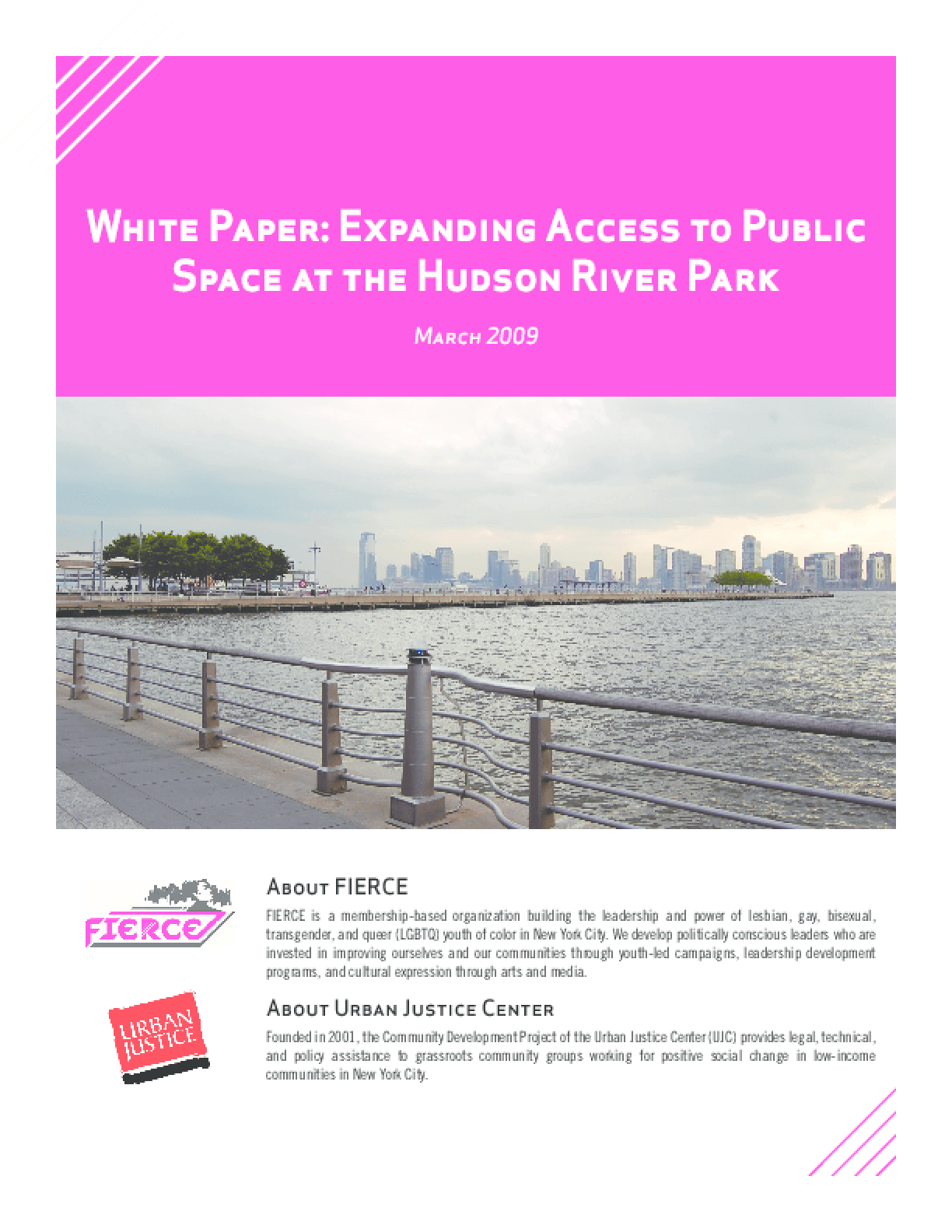