New York City-based FQHCs served 972,000 patients in 2014, and it is anticipated that this number will rise to over 1 million patients in 2015. Current state and federal health reform efforts emphasize the critical role of primary care in achieving improved delivery system outcomes, and increasing the capacity of FQHCs to meet these demands is essential. 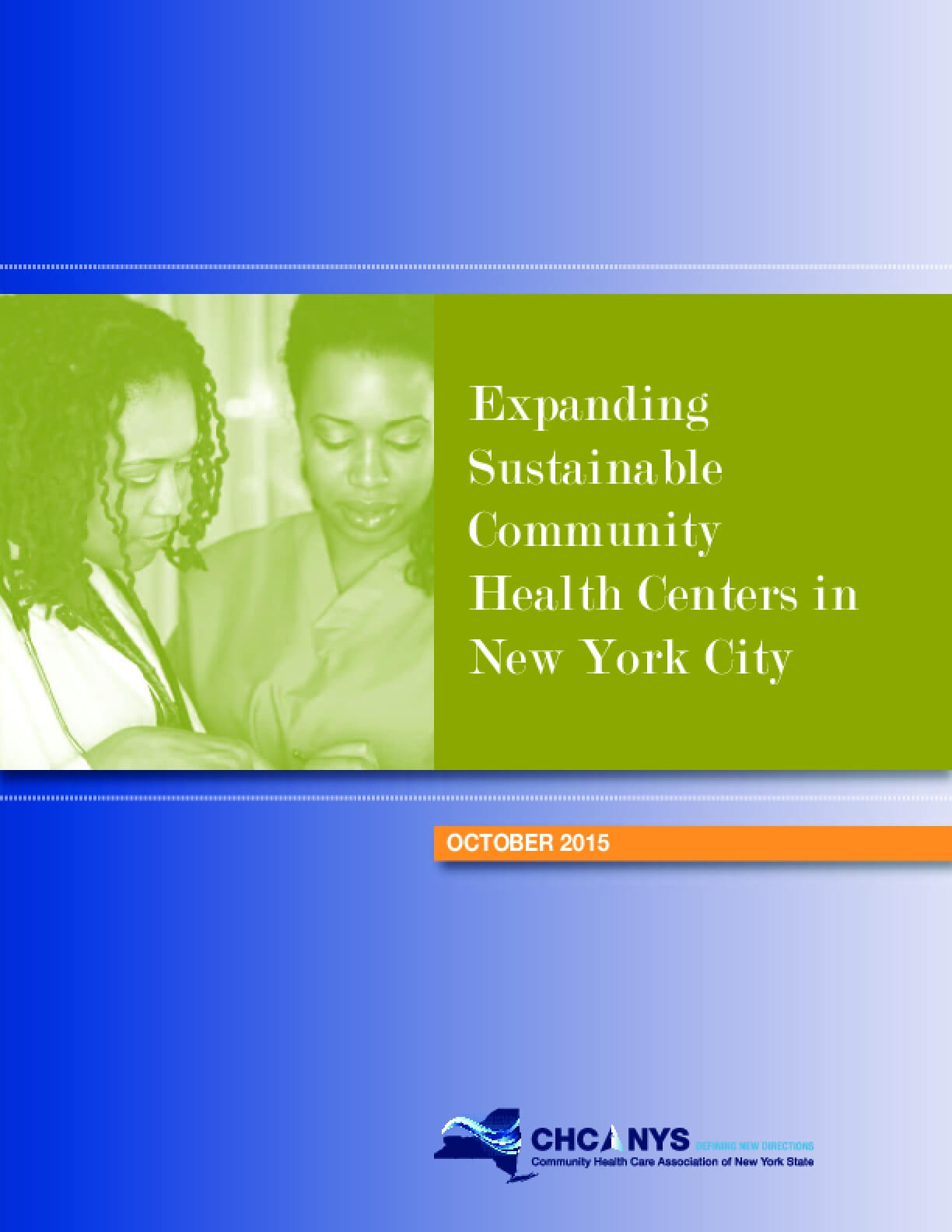