Since 1997, 19 states have amended felony disenfranchisement policies in an effort to reduce their restrictiveness and expand voter eligibility, according to a report released today by The Sentencing Project. The report, Expanding the Vote: State Felony Disenfranchisement Reform, 1997- 2008, documents a reform movement over the past eleven years that has resulted in more than 760,000 citizens having regained their right to vote. The report's release coincides with the introduction of new legislation in Congress to secure federal voting rights for nonincarcerated citizens. The report finds:

The report documents the rates of disenfranchisement and the racially disparate impact of felony disenfranchisement policy in the 19 states that have enacted reforms. It also highlights the profound personal impact that this policy has had on those who have regained their voting rights, or continue to be disenfranchised. Recent state reforms include:

Despite these reforms, an estimated 5 million people will continue to be ineligible to vote in November's Presidential election, including nearly 4 million who reside in the 35 states that still prohibit some combination of persons on probation, parole, and/or people who have completed their sentence from voting. In response to this fact, Sen. Russ Feingold (D-WI) plans to introduce the Democracy Restoration Act and Rep. John Conyers (D-MI) plans to introduce the Civic Participation and Rehabilitation Act to restore federal voting rights to all citizens released from prison and living in the community. 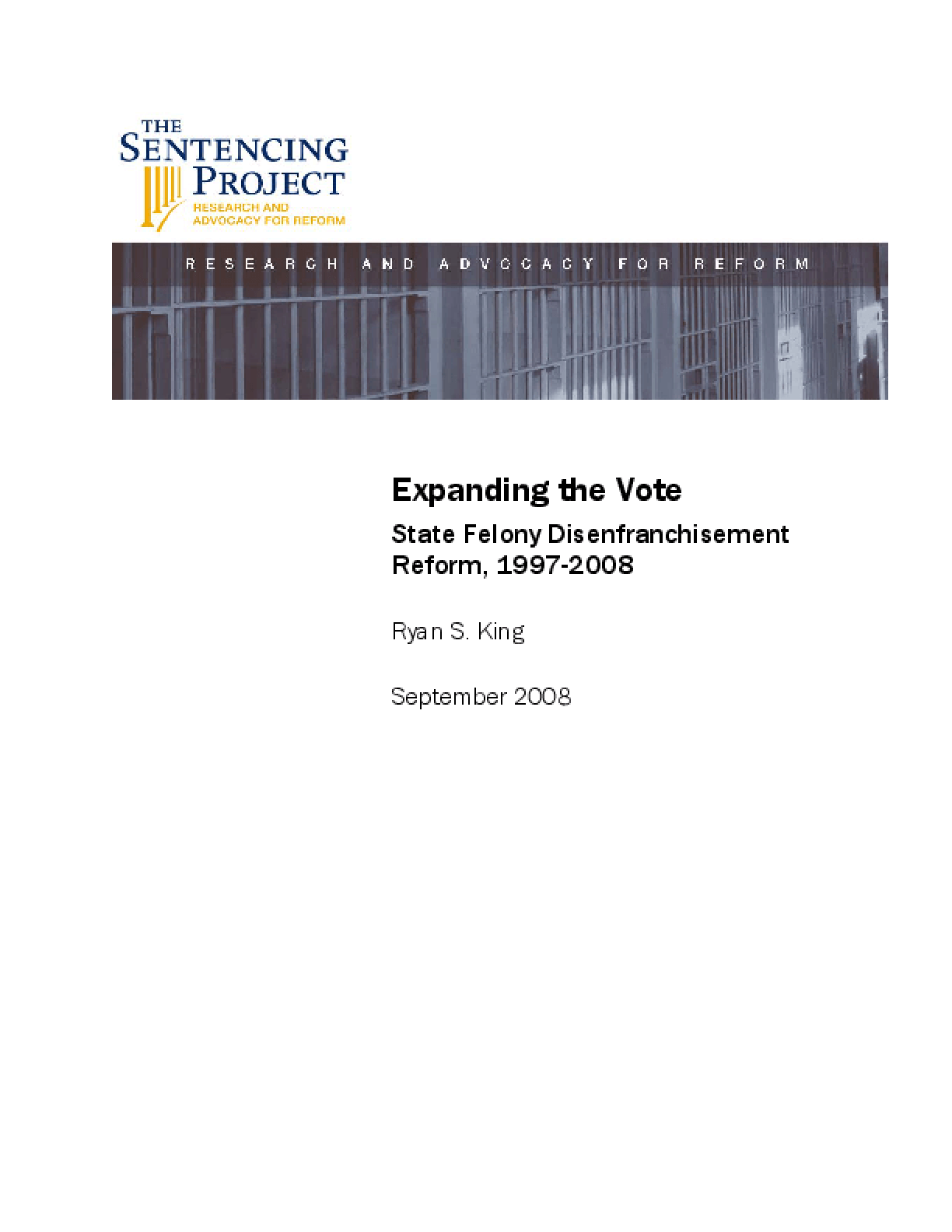