Voter registrations in Virginia public assistance agencies declined by 87 percent between 1995-1996 and 2005-2006, despite increased enrollment in public benefit programs like food stamps. Field investigators in early 2008 confirmed that state offices were not offering voter registration, as required by the National Voter Registration Act. Working cooperatively with Demos and its state partners, Virginia has achieved a dramatic change of course. The first several data reports indicate an eightfold increase in voter registrations. 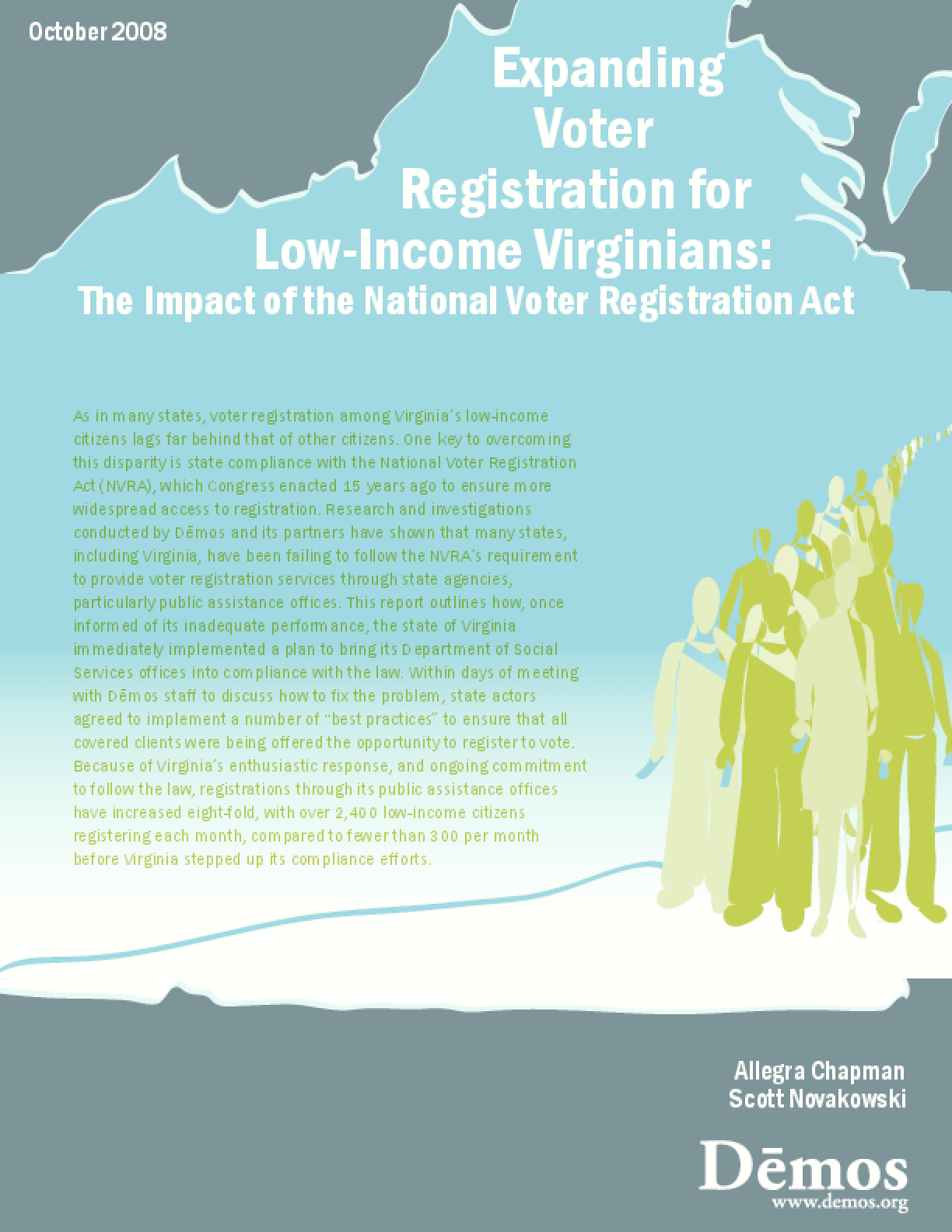