Throughout the world, ethnic, racial and religious conflicts over limited resources persist in the face of potential settlements that plainly serve the interests of all sides. When analyzing such conflict, economists tend to ignore "non-material" aspects of decision-making such as inter- and intra-cultural relationships. Such aspects are typically analyzed by sociologists, anthropologists, and political scientists. Using an experimental approach, we demonstrate that economists can indeed make a contribution to understanding the way in which cultural relationships affect economic behavior. Specifically, we examine how the ethnic mix of experimental bargaining sessions affects economic outcomes. Using subjects from two ethnicities that co-exist in an industrialized society, the Hispanic and Navajo cultures in the southwestern United States, we present clear evidence that subjects of different cultures behave differently and that their behavior is affected by interactions with individuals from another culture. Our experimental framework offers the potential to gain insights into the allocation of natural resources in societies of mixed ethnicity, race and religion. Working Paper Number 2005-0016 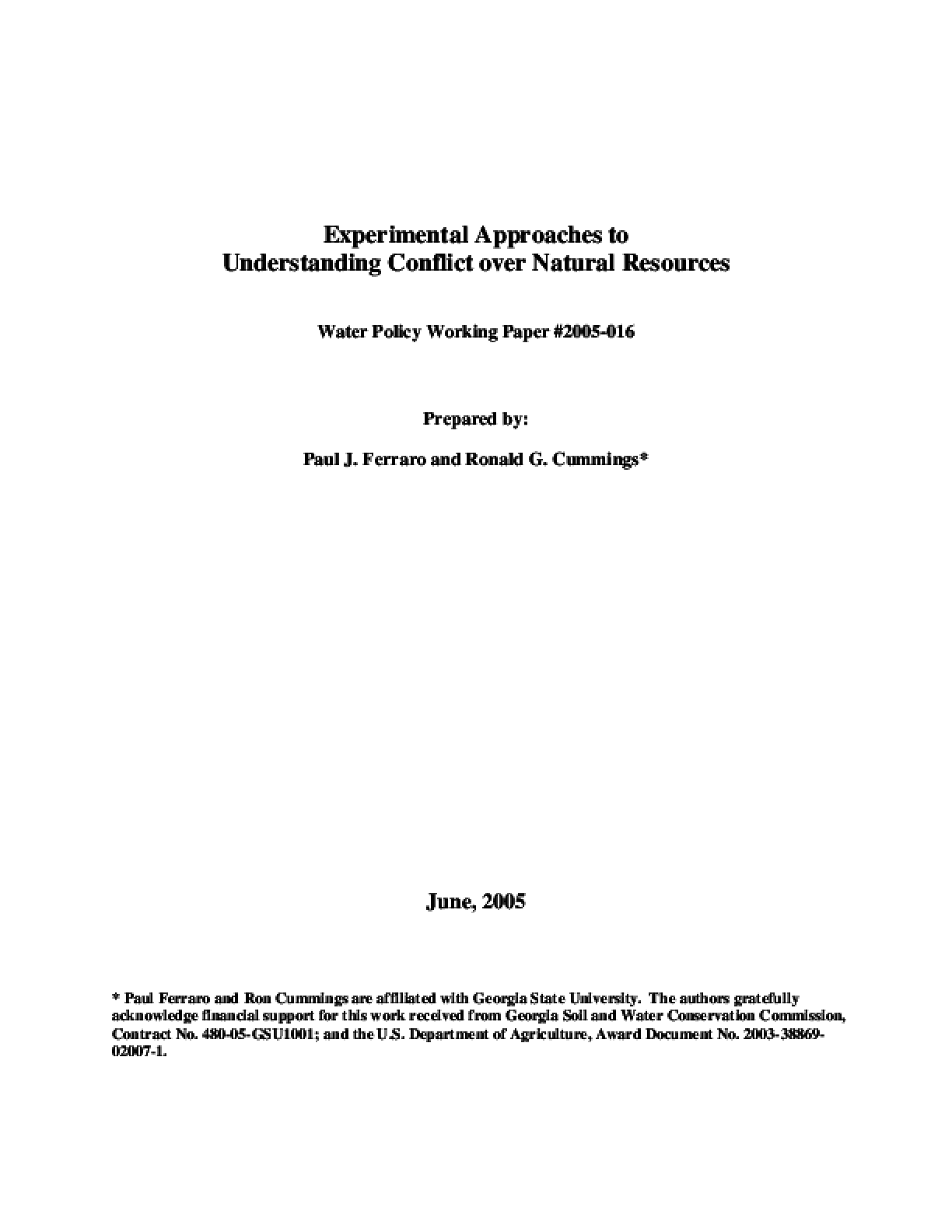