Exploring the Links Between Water and Economic Growth

HSBC commissioned this report, as they launched their five-year HSBC Water Programme initiative, to study the connections between water and economic growth in the three focus areas of the initiative--expanding access to safe water and sanitation services, improving water resource management, and raising awareness of the implications of water scarcity. For each topic, the report presents an outline of transmission channels to economic growth, gives quantitative estimates of the returns to investment (citing recent studies as well as original estimates), and discusses the future outlook. 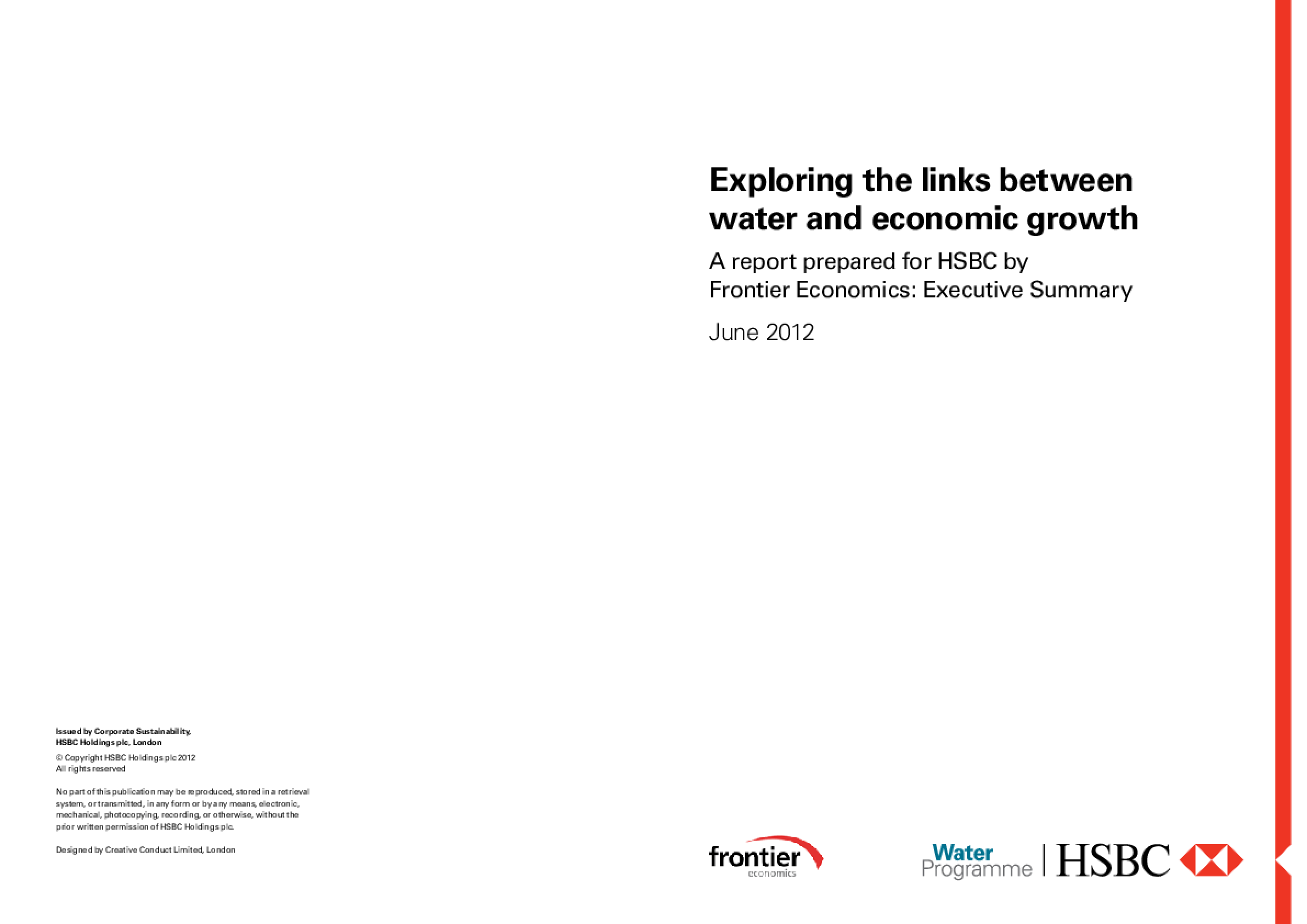