Developed by the Institute of HeartMath (IHM), the Early HeartSmarts (EHS) program is designed to train teachers to guide and support young children (3 -- 6 years old) in learning emotional self-regulation and key age-appropriate socioemotional competencies, with the goal of facilitating their emotional, social and cognitive development. This work reports the results of an evaluation study conducted to assess the efficacy of the EHS program in a pilot implementation of the program carried out during the 2006 -- 2007 academic year in schools of the Salt Lake City School District. The study was conducted using a quasi-experimental longitudinal field research design with three measurement moments (baseline and pre- and post-intervention panels) using The Creative Curriculum Assessment (TCCA) instrument, a teacher-scored, 50-item instrument measuring student growth in four areas of development -- social/emotional, physical, cognitive and language development. Children in nineteen preschool classrooms were divided into intervention and control group samples (N = 66 and 309, respectively; mean age = 3.6 years), in which classes in the former were specifically selected to target children of lower socioeconomic and ethnic minority family backgrounds. Overall, there is compelling evidence of the efficacy of the EHS program in increasing total psychosocial development and each of the four development areas measured by the TCCA: the results of a series of ANCOVAs found a strong, consistent pattern of significant differences on the development measures favoring preschool children who received the EHS program over those in the control group who did not. 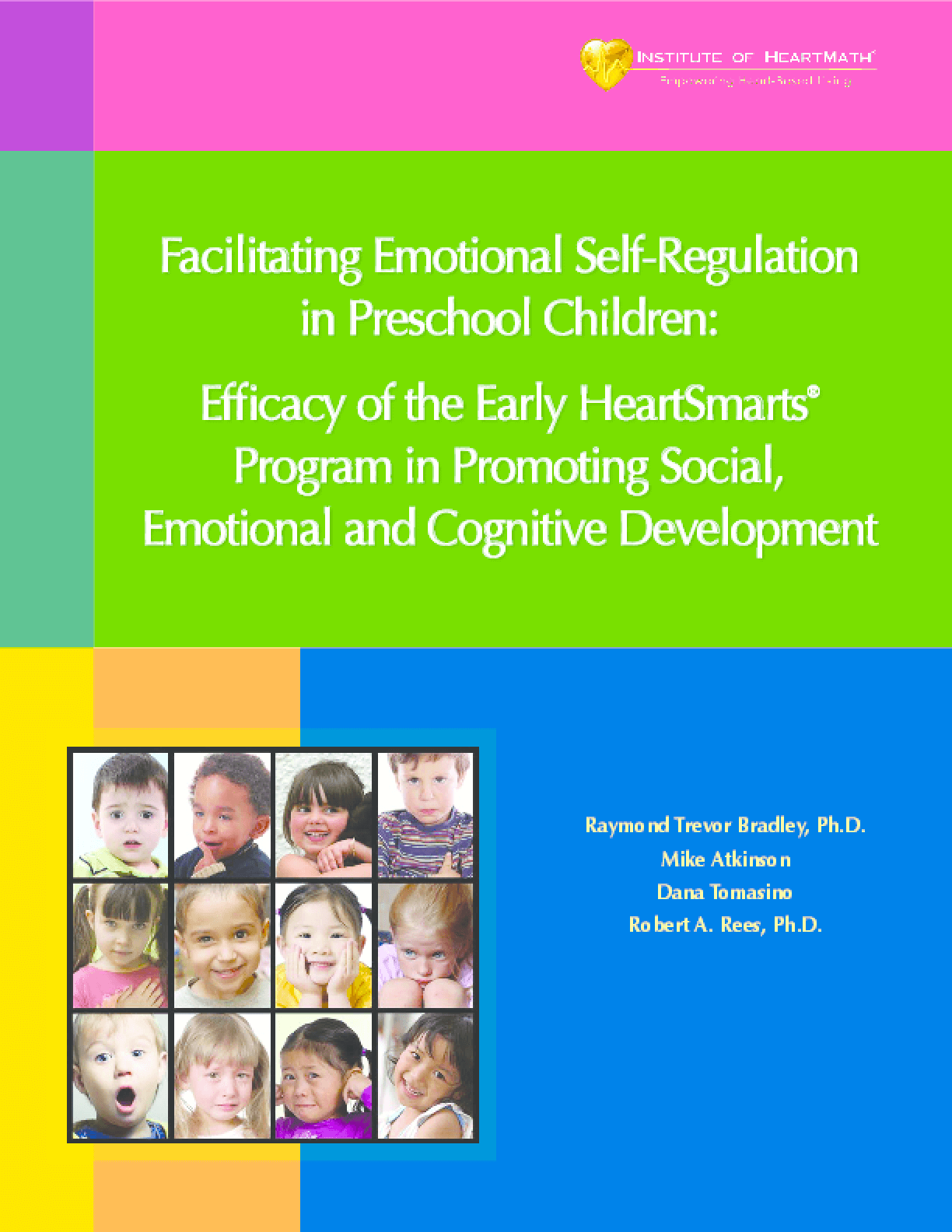