Juvenile detention is the entry way into the juvenile justice system and the cornerstone upon which the system is built. At the point of detention, most of our young people face the bleakness of their likely futures. Unfortunately, being incarcerated in a detention facility is a strong predictor of continuing incarceration in the juvenile and adult justice systems. The report, "Facing the Future: Juvenile Detention in Alameda County," highlights how the effect of incarcerating youth in detention facilities is felt most acutely in minority communities. While African Americans make up approximately 15 percent of total population in the Alameda County, they comprise the majority (61 percent) of the bookings into juvenile hall. In fact, 89 percent of the youth admitted to the Alameda County juvenile hall are children of color. 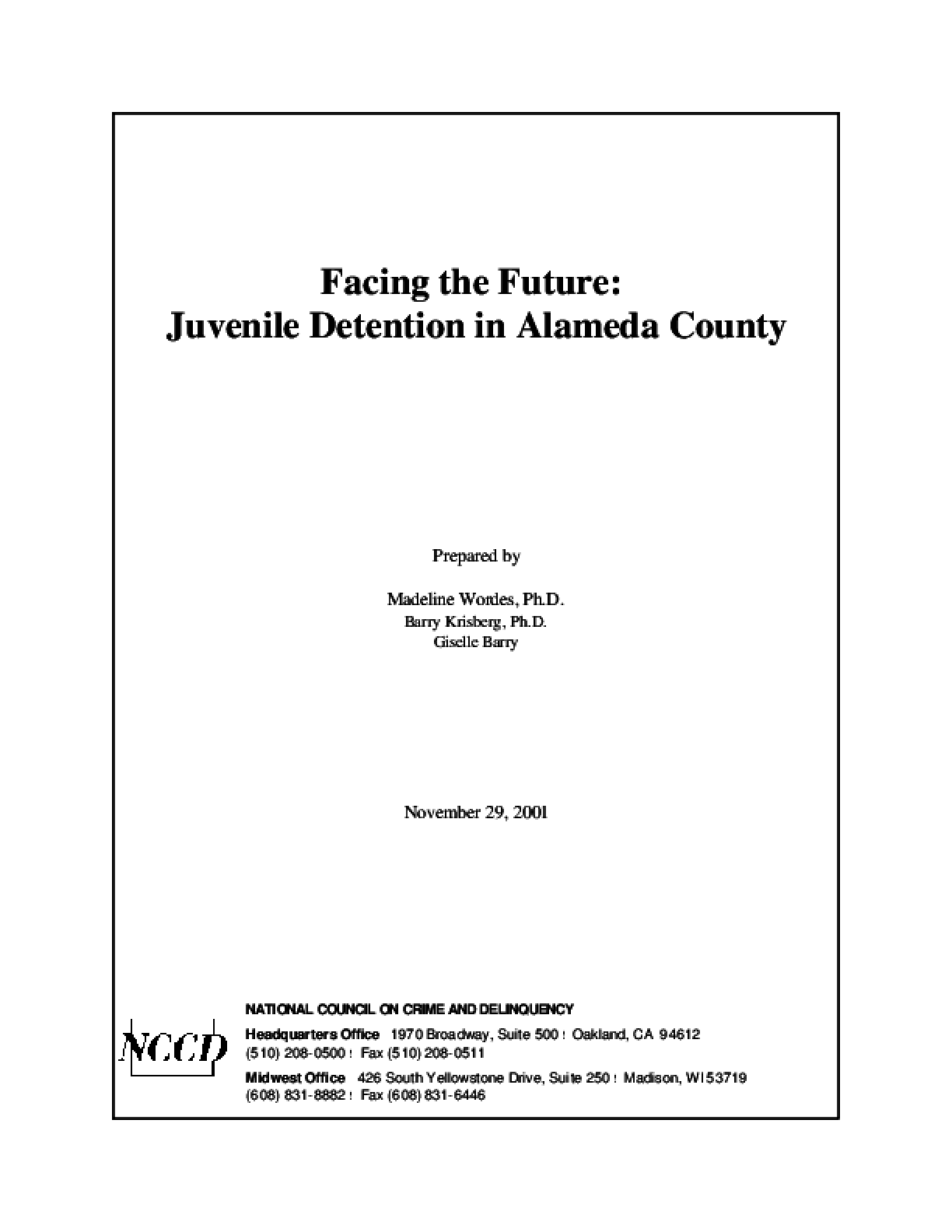