This fact sheet examines employment in the renewable energy and energy efficiency sectors in the United States and around the world. The job figures cited below are sourced from the U.S. Department of Energy (DOE), as well as international organizations, national non-profits, think tanks and national trade associations. Due to the lack of a single body conducting job surveys, EESI has collected information from a number of sources which employ different research methodologies and different job definitions in their work. This makes it somewhat problematic to compare job estimates directly. In addition, EESI must occasionally refer to reports that are somewhat dated, due to a lack of more recently released information. This fact sheet represents a best effort to survey the status of renewable energy and energy efficiency jobs from the data that is publicly available. 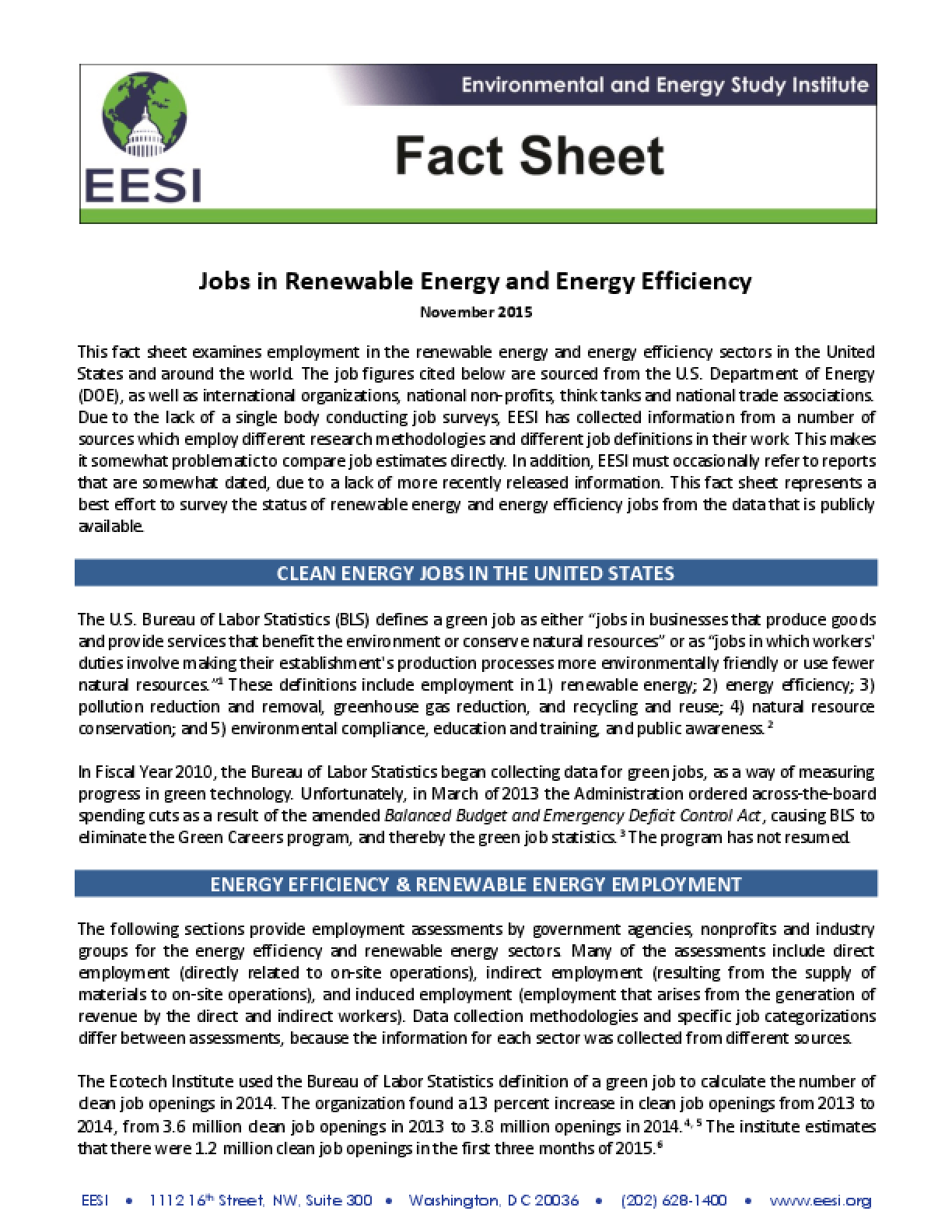