Fact Sheet: Offshore Wind - Can the United States Catch up with Europe?

Wind energy power generation is on the rise around the world, due to its low fixed prices and lack of greenhouse gas emissions. A cumulative total of 369,553 megawatts (MW) of wind energy capacity was installed globally by the end of 2014. Of that total, only two percent came from offshore wind farms, which are able to capture stronger and more reliable ocean winds to generate electricity. Most offshore wind capacity is in Europe, where there are 3,072 grid-connected offshore wind turbines at 82 farms spanning 11 countries, for a total of 10,393.6 MW of wind energy capacity as of June 30, 2015. In comparison, the United States is just beginning to invest in offshore wind energy, and is rapidly approaching the operational launch of its first commercial offshore wind farm. Can the United States duplicate the European Union's broad success with offshore wind production? 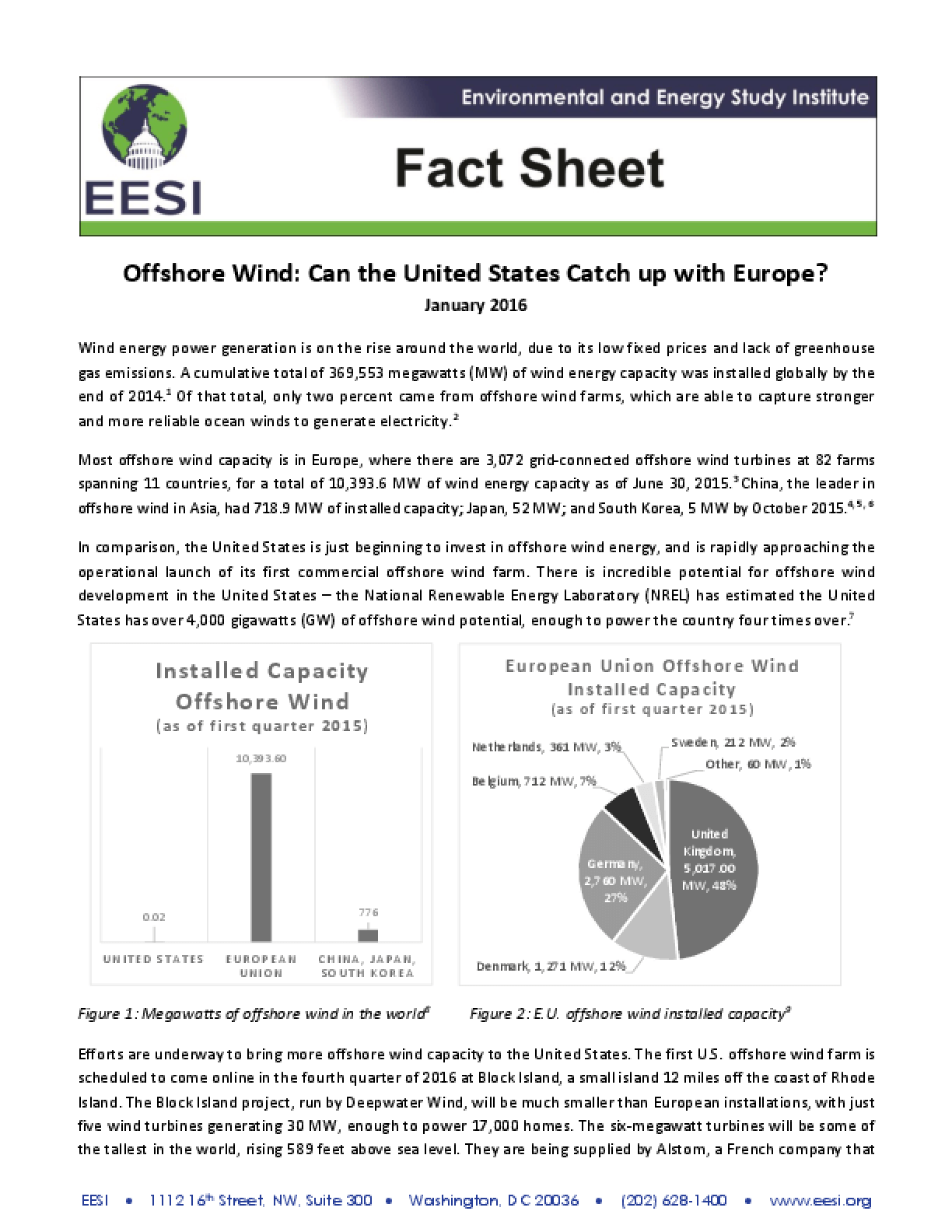