This fact sheet provides information on climate change polling in the United States over the last eight months from a variety of sources. Overall the studies show: 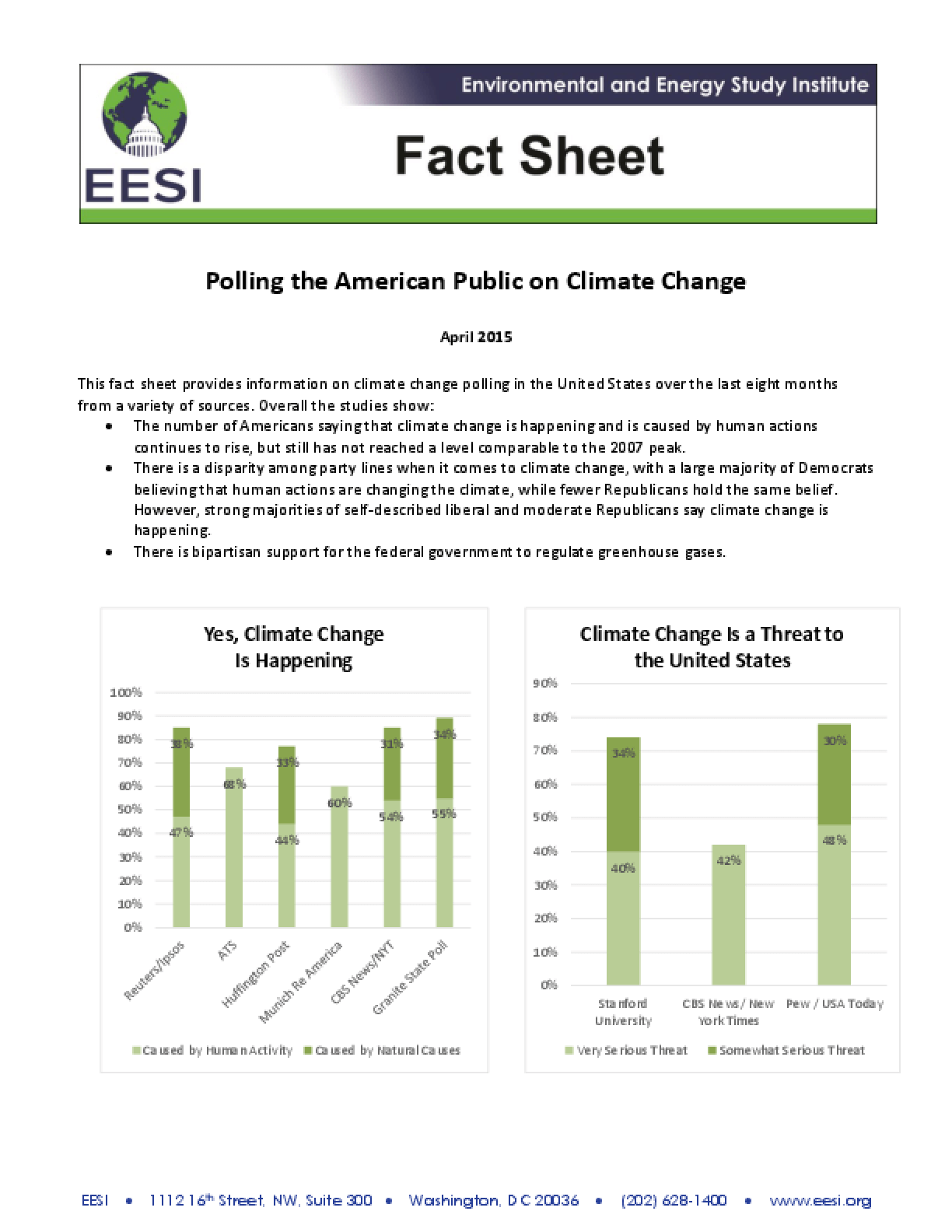