Failure to Protect: How Tech Giants Fail to Act on User Reports of Antisemitism

This report shows how social media companies fail to act on anti-Jewish hate on their platforms. As a result of their failure to enforce their own rules, social media platforms like Facebook have become safe places to spread racism and propaganda against Jews.

Our research concludes that the platforms are failing to remove hateful and antisemitic content even after it is specifically reported and flagged. Our methodology sidesteps debates about algorithms and claims by the companies about automated hate removal that they refuse to have independently verified. Instead, we measured the effectiveness of the platforms' opposition to antisemitism by assessing what they do with user reports of anti-Jewish hatred.

CCDH researchers, using the platforms' own reporting tools, reported hundreds of examples of clear, grotesque antisemitism to Facebook, Instagram, Twitter, YouTube and TikTok over a six-week period in 2021. We found that the platforms acted on fewer than 1 in 6 reported examples of antisemitism. The posts that we reported for this analysis received up to 7.3 million impressions. Facebook and Twitter showed the poorest rate of enforcement action. 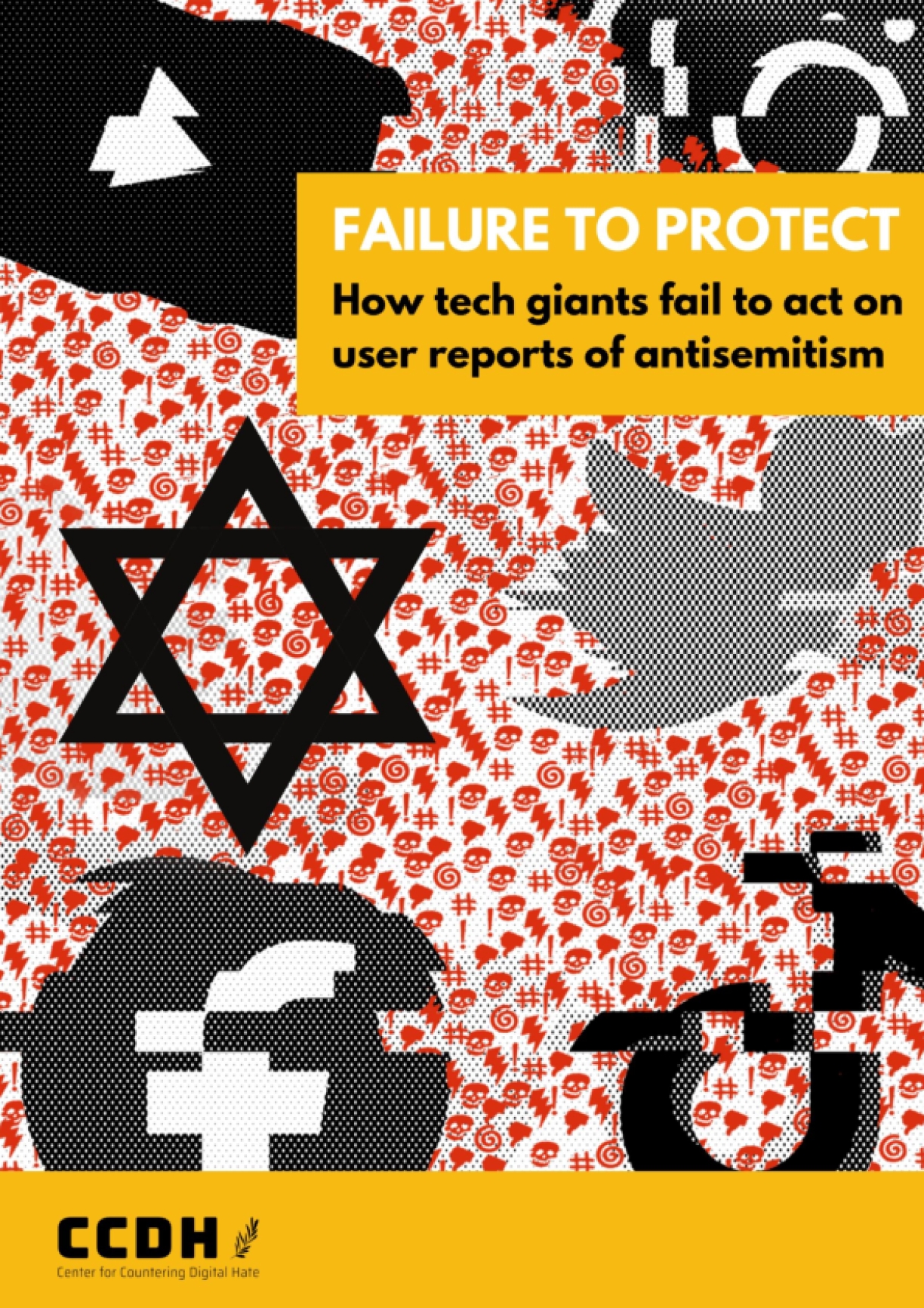