Interfaith Worker Justice released a new report, "A Fall from Grace: Workers' Rights Abuses at Ascension Health's Michigan Operations," documenting problems workers are experiencing and a pattern of anti-union behavior among management at three Michigan hospitals affiliated with Ascension Health System. This report is fundamentally about three Ascension hospitals in Michigan refusing to respect workers' rights to organize and engage in collective bargaining. This is in direct opposition with clear Catholic social teaching. The patterns of anti-union behavior and worker disrespect demonstrated in this report represent a fall from grace. The Interfaith Worker Justice delegation calls upon Ascension Health to insist that its affiliated hospitals respect the rights of workers to organize, approach collective bargaining in good faith and in a constructive spirit, and abide by the process for unions in Catholic health care institutions outlined by the U.S. Conference of Catholic Bishops. 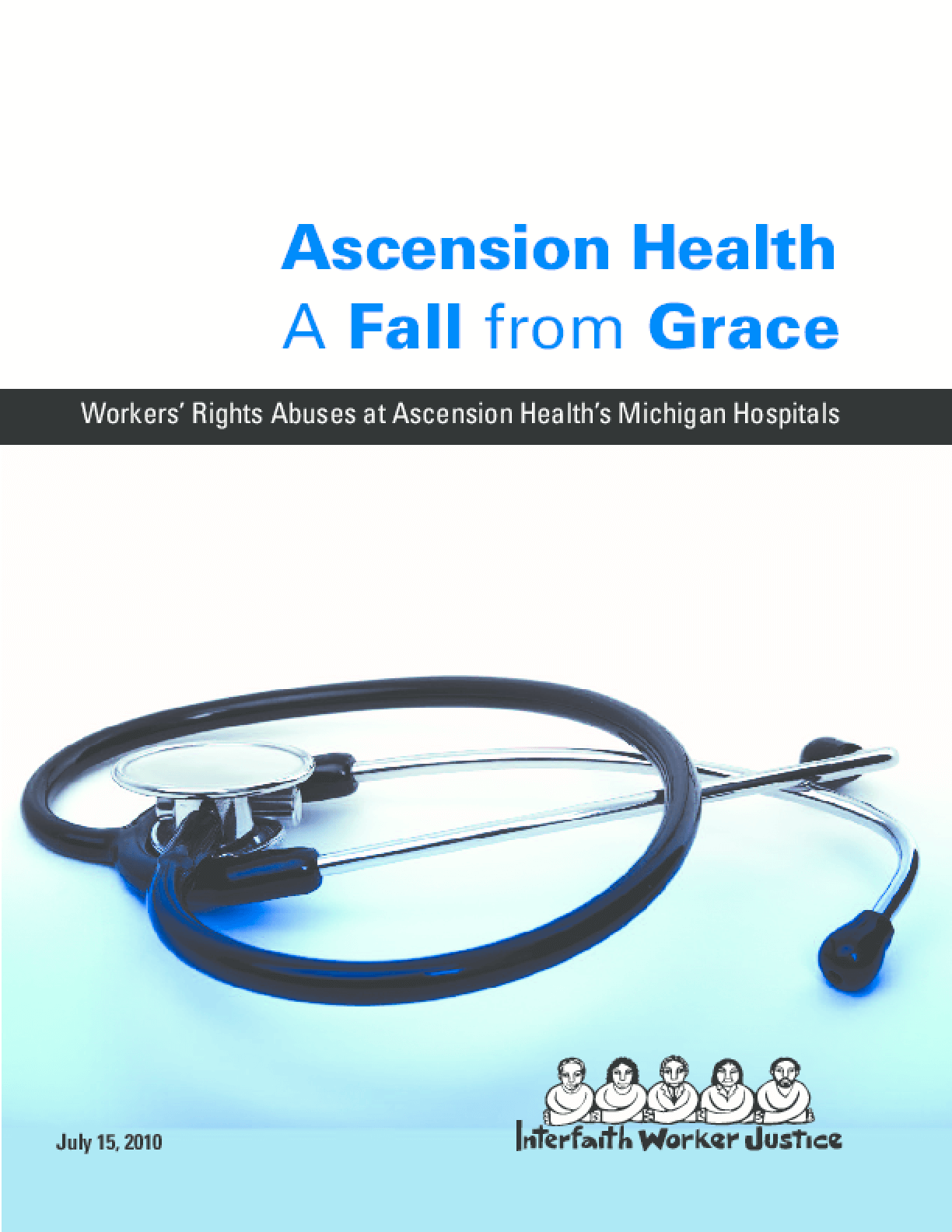