Families Continue to Rely on Wives As Breadwinners Post-Recession

The negative outcomes of the Great Recession have been multifaceted, affecting many areas of family economic well-being. The U.S. economy lost 8.7 million jobs between December 2007 and January 2010. Although the recession officially ended in June 2009, the national unemployment rate remains approximately 1.5 percentage points higher than the pre-recession rate, even though the total number of jobs lost duringthe recession has been recovered. Similarly, long-term unemployment is prevalent, with length of unemployment averaging 37.1 weeks. Furthermore, involuntary part-time work increased during the recession and hasremained relatively constant. These statistics translate into continued hardship for many Americans, exemplified in the decline in median household income since the onset of the Great Recession. 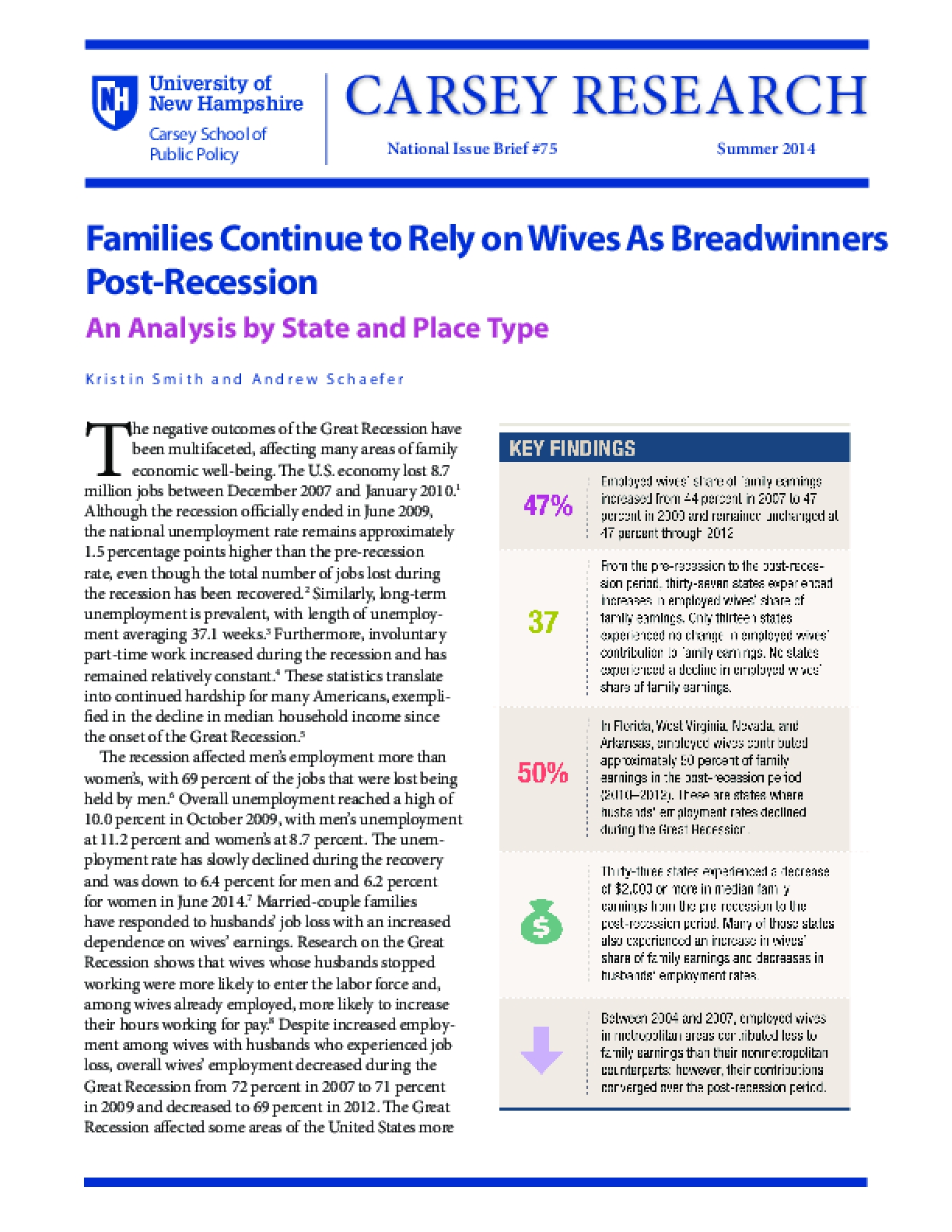