Families on the Front Lines: How Immigration Advocates Can Build a Bridge Between the Immigration and Child Welfare Systems

Whether acknowledged or not, the family unit must also stand front and center in any examination of the human impact of current immigration enforcement initiatives. Mixed-legal status families are extremely common in the United States. It is conservatively estimated that approximately 5.5 million children, most of whom are U.S. Citizens, are living with at least one undocumented parent who is at risk of apprehension by Immigration & Customs Enforcement, or ICE, the enforcement division of the Department of Homeland Security. As immigration enforcement continues to intensify -- with over 400,000 immigrants estimated to be deported in fiscal year 2012 - the axiom of "family separation" plays out in its most literal sense when parents are forcibly separated both physically and legally from their U.S. Citizen children, sometimes permanently. 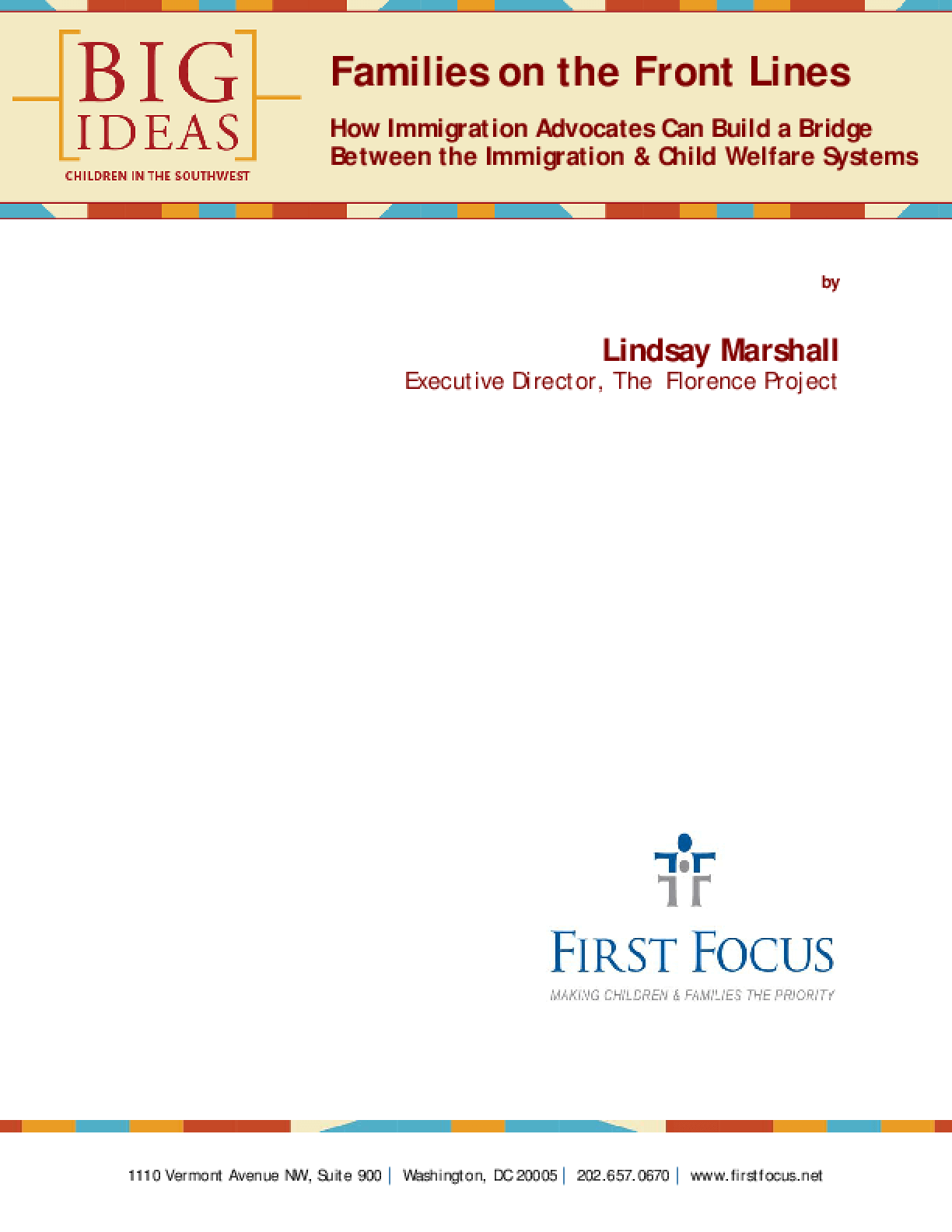