More than one-third of pedestrians and one-fifth of bicyclists killed in crashes in 2014 were impaired by alcohol, but scant attention has been paid to the problem. This omission contrasts starkly with the many successful policies that have reduced impaired driving, a new Institute study notes.

The study looked at fatalities of passenger vehicle drivers, pedestrians and bicyclists 16 and older from 1982 to 2014. Using a federal database, IIHS researchers looked at the characteristics of those crashes and trends over time. They found that the percentage of fatally injured pedestrians and bicyclists 16 and older who were impaired has fallen over the decades, but not as dramatically as the percentage of impaired drivers. 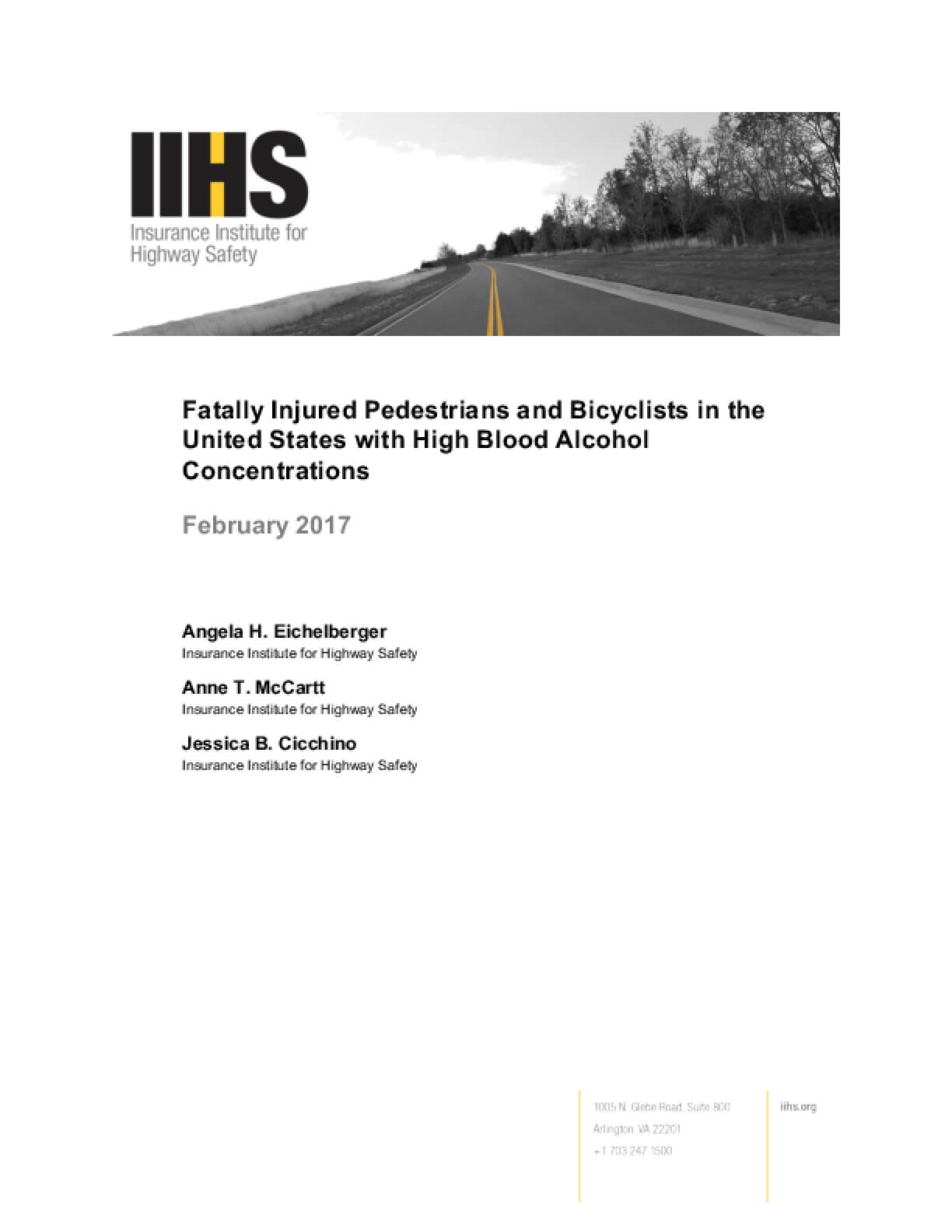