Federal Aid to the States: Historical Cause of Government Growth and Bureaucracy

In recent years, members of Congress have inserted thousands of pork-barrel spending projects into bills to reward interests in their home states. But such parochial pork is only a small part of a broader problem of rising federal spending on traditionally state and local activities. Federal spending on aid to the states increased from $286 billion in fiscal 2000 to an estimated $449 billion in fiscal 2007 and is the third-largest item in the federal budget after Social Security and national defense. The number of different aid programs for the states soared from 463 in 1990, to 653 in 2000, to 814 by 2006. The theory behind aid to the states is that federal policymakers can design and operate programs in the national interest to efficiently solve local problems. In practice, most federal politicians are not inclined to pursue broad, national goals; they are consumed by the competitive scramble to secure subsidies for their states. At the same time, federal aid stimulates overspending by the states, requires large bureaucracies to administer, and comes with a web of complex regulations that limit state flexibility. At all levels of the aid system, the focus is on spending and regulations, not on delivering quality services. And by involving all levels of government in just about every policy area, the aid system creates a lack of accountability. When every government is responsible for an activity, no government is responsible, as was evident in the aftermath of Hurricane Katrina. The failings of federal aid have long been recognized, but reforms and cuts have not been pursued for years. Aid has spawned a web of interlocking interests that block reform, including elected officials at three levels of government, armies of government employees, and thousands of trade associations representing the recipients of aid. Yet the system desperately needs to be scaled back, not least because the rising costs of federal programs for the elderly are putting a squeeze on the federal budget. To help spur reform, this study examines the historical growth of the aid system and describes its failings. Congress should reconsider the need for aid and begin terminating activities that could be better performed by state and local governments and the private sector. 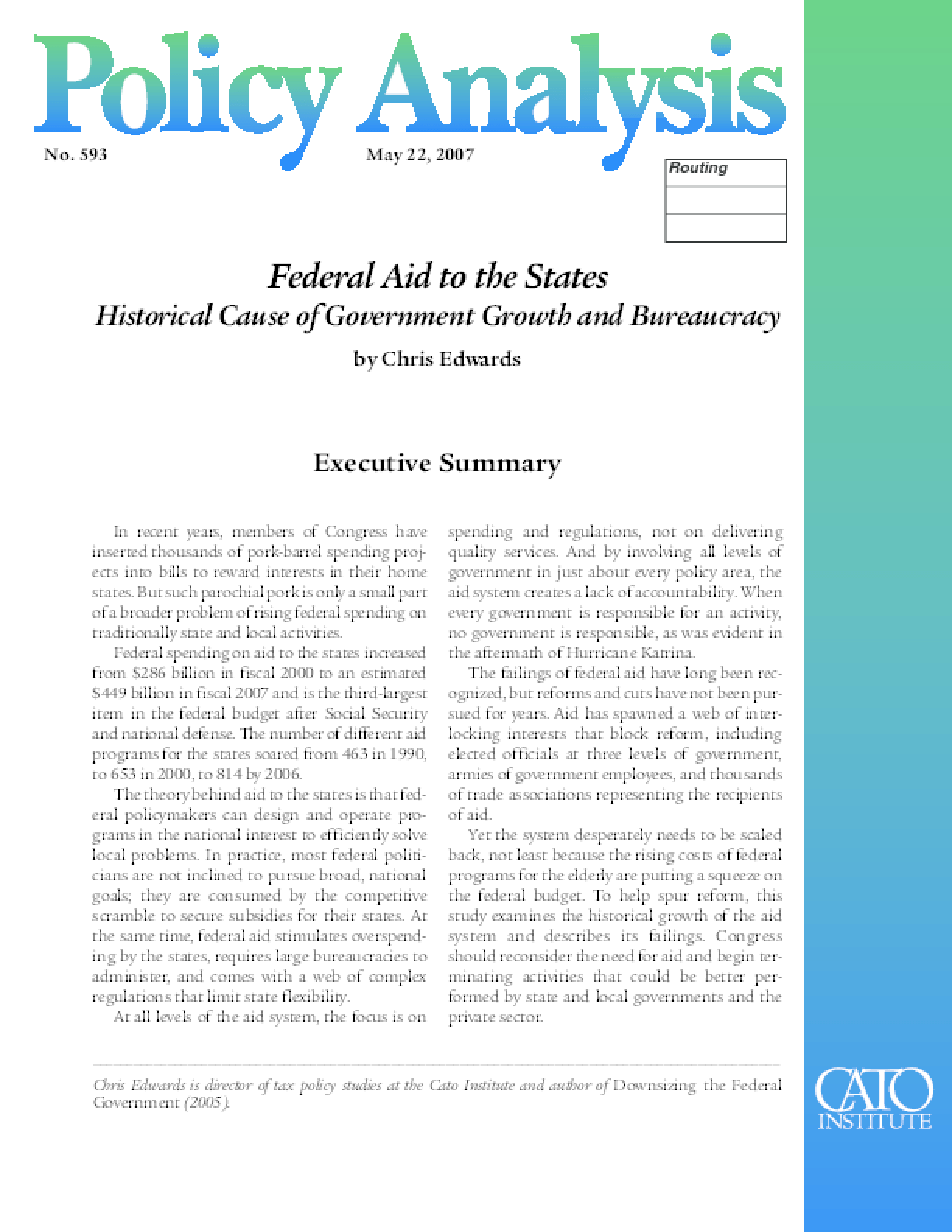