Chart 5.3.2 presents data on the age composition of all members of client households by program type. Key Findings:(Excerpted from Hunger in America 2010.) 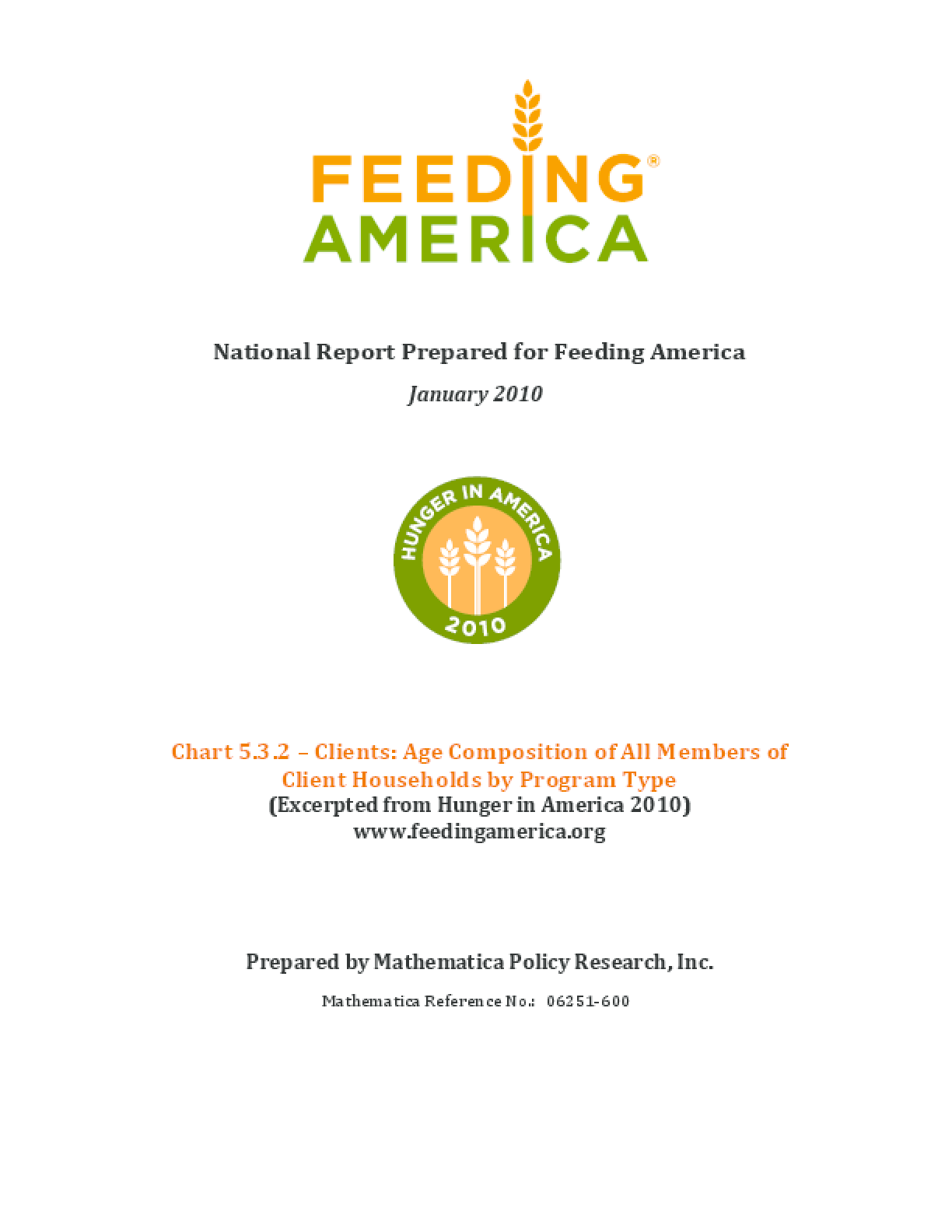