Since the founding of the country, most states in the U.S. have enacted laws disenfranchising convicted felons and ex-felons. In the last 30 years, due to the dramatic expansion of the criminal justice system, these laws have significantly affected the political voice of many American communities. The momentum toward reform of these policies has been based on a reconsideration of their wisdom in meeting legitimate correctional objectives and the interests of full democratic participation. 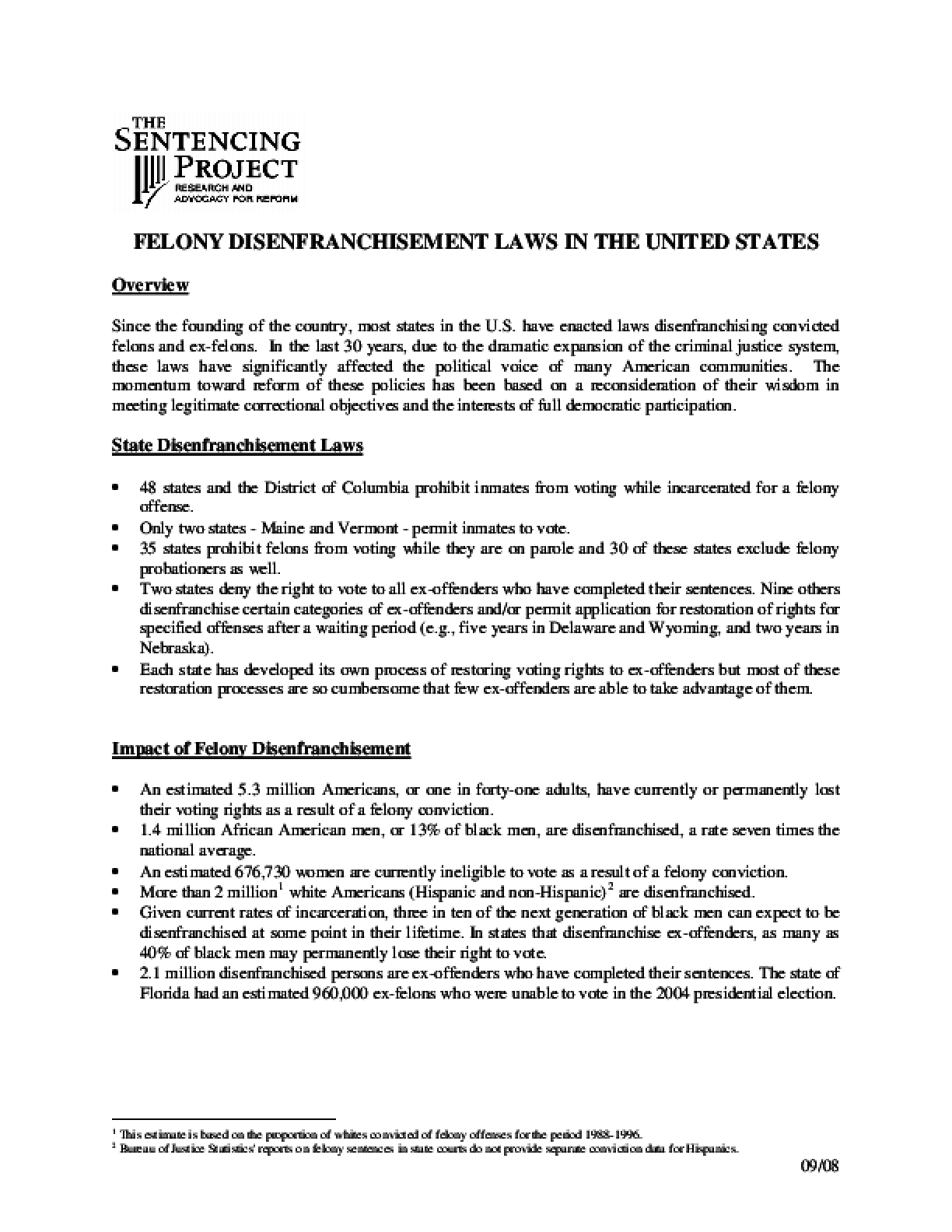