Conducted between August 20 and August 24 as tensions ran high over the police shooting of an unarmed African-American teen in Ferguson, Missouri, the survey of 1,501 adults found large racial gaps in Americans' views of police accountability and performance. A majority of the African Americans surveyed, for example, said police departments do a poor job of holding officers accountable for misconduct (70 percent), of treating racial and ethnic groups equally (70 percent), and of using the appropriate amount of force in specific situations (57 percent) -- compared with 27 percent, 25 percent, and 23 percent of white Americans. 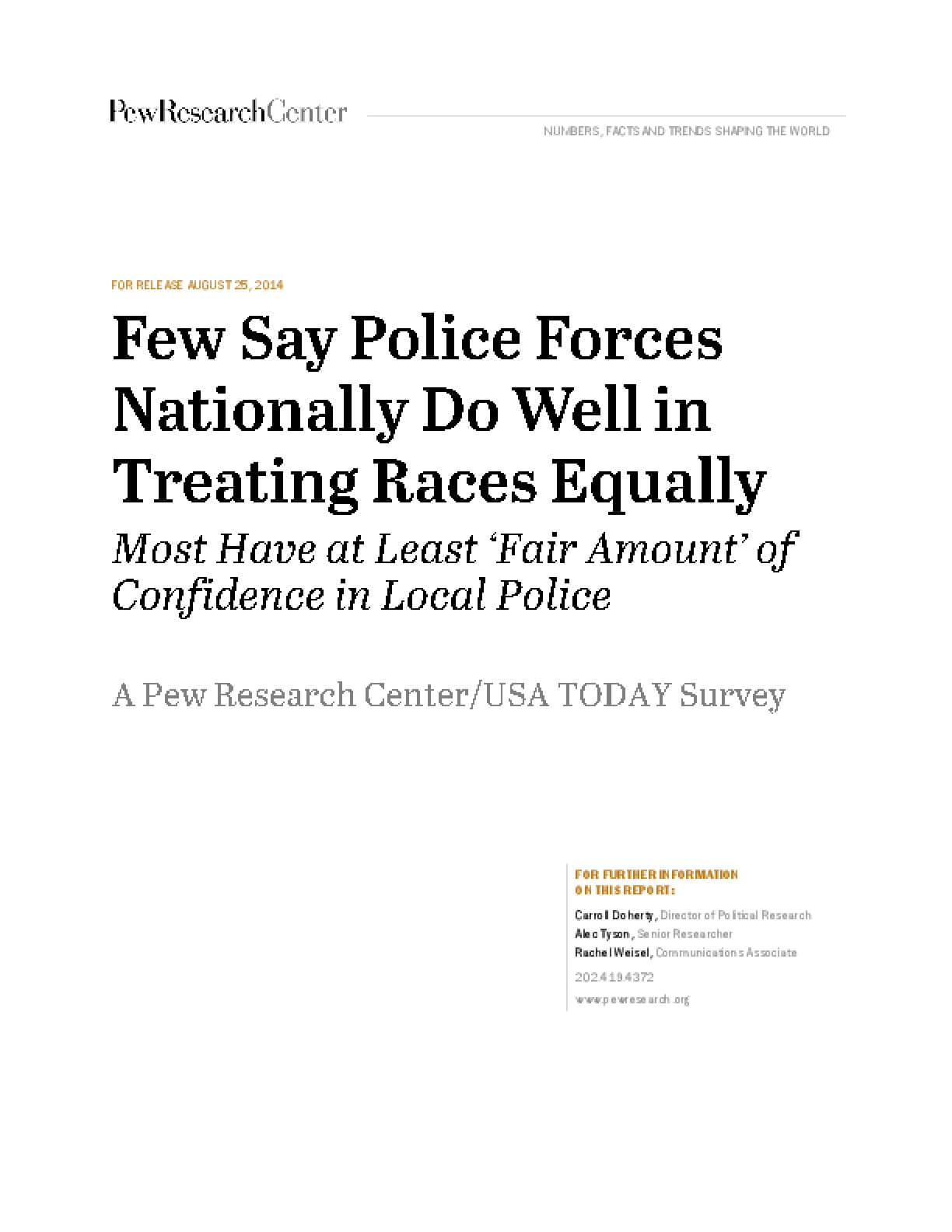