The centerpiece of the President's economic stimulus proposal reportedly is a tax rebate that would be provided by temporarily reducing the 10 percent income tax rate to zero. The plan has been described as featuring a rebate of $800 for individuals and $1,600 for couples. This description, however, is misleading. Only those filers with incomes high enough to put them in the 15 percent tax bracket or a higher tax bracket could qualify for the full rebate, while most low- and moderate-income households would receive no rebate at all. This approach would not only deny help to the individuals hardest hit by a weakening economy; it would also make the rebate considerably less effective than it could be as economic stimulus. 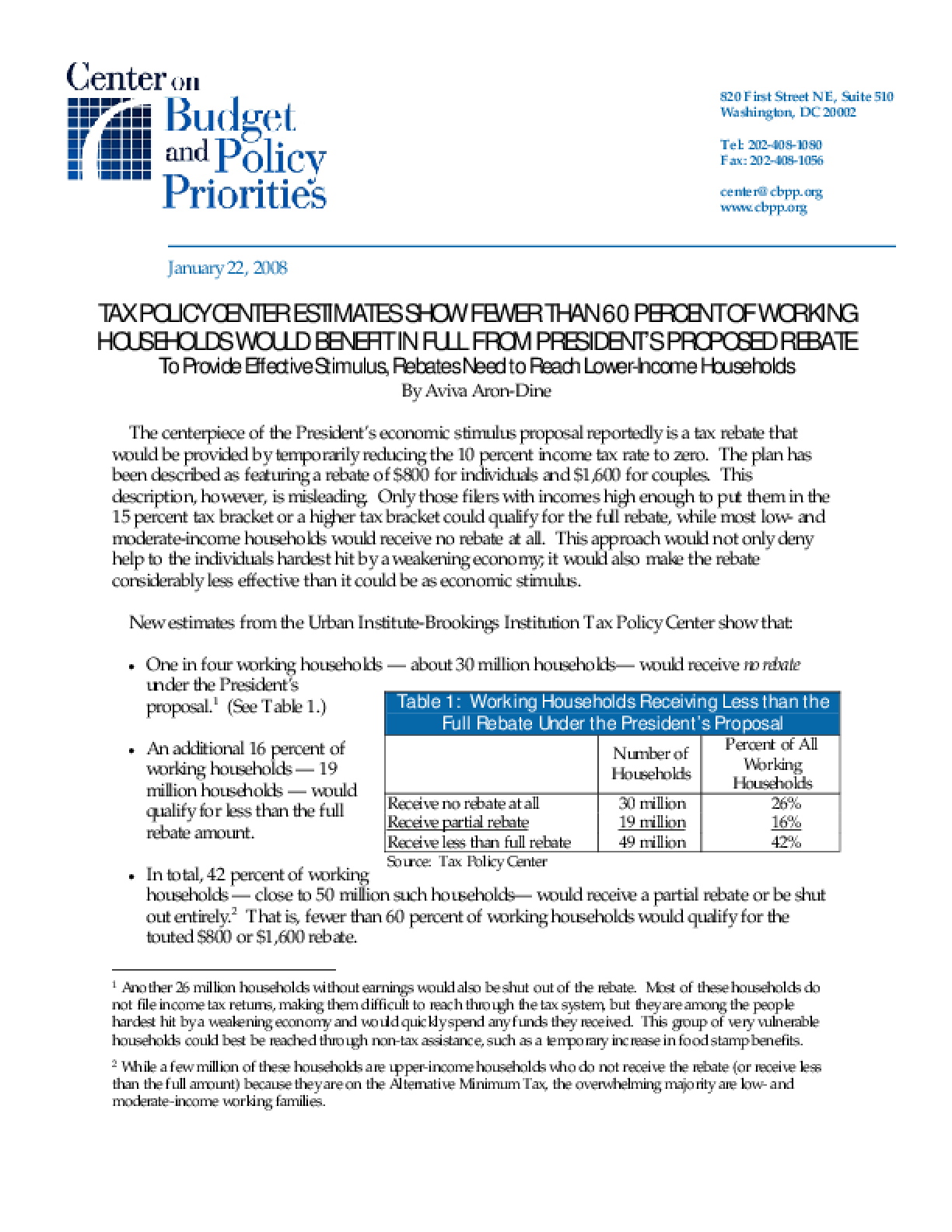