Americans are recognized around the world for their generosity and philanthropic spirit. And while charitable giving is not impervious to the economic climate, in the past twenty years U.S. giving has grown well above the rate of inflation, despite the frequently challenging economic circumstances. In 1991, total giving in the U.S. was $105 billion. By 2011, that figure had grown to more than $298 billion -- a 72% rise over two decades when adjusted for inflation. While there are many reasons for this growth, vehicles specifically designed to help individuals plan their giving have become increasingly popular and have likely played a part. The fastest-growing of these vehicles is the donor-advised fund, or DAF.From 2007 through 2011, in fact, individual donor-advised fund accounts grew 17%.Increasingly, DAFs are meeting an important need for people who want to be more thoughtful and systematic abouttheir giving, and who are looking for ways to maximize their generosity. DAFs bring the power of strategic philanthropy to individuals and families at various stages in their philanthropic journeys and across the wealth spectrum. Fidelity Charitable, an independent public charity that sponsors the nation's largest donor-advised fund program, was established in 1991 with the mission to further the American tradition of philanthropy by providing programs that make charitable giving simple and effective. The Fidelity Charitable Giving Report helps provide a picture of Fidelity Charitable donors. The data tells the story of a dynamic and diverse donor base that actively use their DAFs to strategically support a wide range of charitable causes. In this report, all data and figures presented are through December 31, 2012, unless otherwise noted. 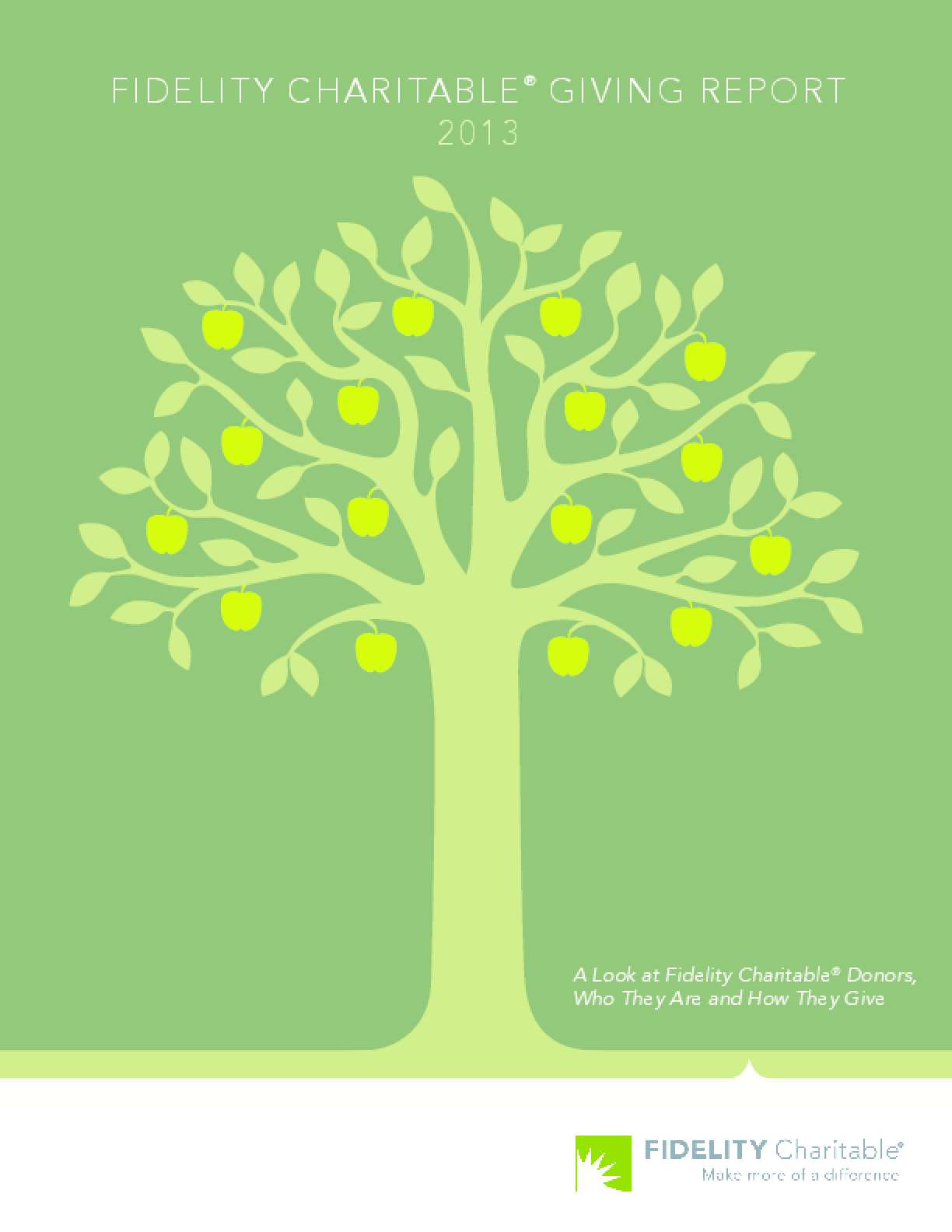