The question of whether responsible investing practices expose the institution to the risk of impaired investment performance over the long term is not settled, but in many countries, notably within the European Union, legislation requiring consideration of responsible investment practices has been in place for several years and assets invested using responsible investing practices are substantial and growing, mainly among European public pension funds and sovereign wealth funds. In the United States, such legal requirements have been absent from the investment picture, but incentive programs designed to promote conservation and the use of alternative energy sources, which have long been in place at the federal level and within or among individual states, have led to a patchwork of regulations and subsidies without -- until now -- an overarching national framework. Civil society has also played a role, as students and faculty on many U.S. college campuses have focused on the presence in endowments' investment portfolios of assets related to carbon-based or fossil fuels such as oil, coal and gas, demanding that trustees divest the portfolio of these assets. The divestment campaign is well-organized and articulate, but possible proposed federal regulatory changes will be of more immediate concern to trustees. Two major initiatives -- one domestic and one international in scope -- have recently brought into sharper focus the steps that may be taken to reduce greenhouse gas emissions in coming years and decades, both in the U.S. and on a global scale. Implementation of the international Paris Agreement on greenhouse gas emissions and the proposed federal Clean Power Plan, both discussed more fully below, could lead to a reduction in the value of carbon-based assets currently carried on the balance sheets of oil-, coal- and gas-related companies. If there is a reasonable possibility that these assets could be revalued downward, owning them at their current value today could be viewed in hindsight as imprudent or excessively risky from a fiduciary point of view. For fiduciaries that accept this argument, the quandary is how to maintain a diversified portfolio that seeks to maximize long-term, risk-adjusted returns consistent with the institution's investment policy while at the same time responding to the possibility that carbon-based assets may become a material risk to future portfolio performance. In this paper, we describe the present situation and its implications for the future of carbon-related assets; summarize the investment implications for various categories of energy-related assets; and outline a range of actions that trustees may want to consider in deciding which path to take. 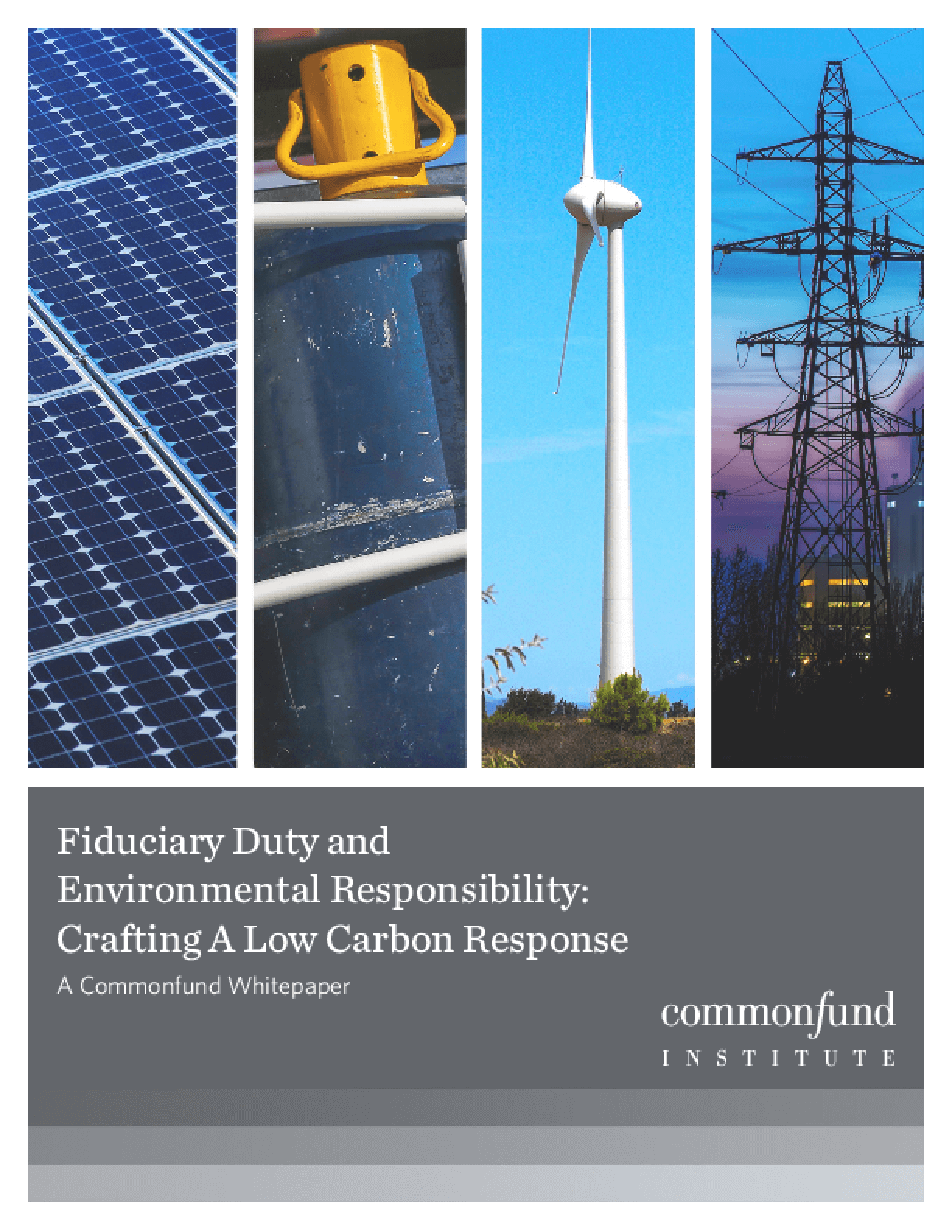