For more than a decade, states and cities across the country have served a leadership role in advancing science-informed climate policy through city, state and multi-state efforts. The rapid pace by which state climate policy is emerging is evidenced by the number of new laws, directives and policies adopted in 2018 and the first half of 2019 alone. Currently, there is an active ongoing dialogue across the U.S. regarding the intersection of climate and equity objectives with efforts targeted at addressing needs of disadvantaged communities and consumers. This climate/equity intersection is due to several factors, including recognition by many cities and states that climate change is and will continue to have a disproportionate impact on certain populations and will exacerbate existing stressors faced by disadvantaged communities and consumers. Research indicates that a greater proportion of environmental burden exists in geographic areas with majority populations of people of color, low-income residents, and/or indigenous people. It is well known that certain households (including some that are low-income, African American, Latino, multi-family and rural) spend a larger portion on their income on home energy costs. States and stakeholders are realizing that a transition to a low-carbon future by mid-century will require significantly increased participation of disadvantaged communities and households in the benefits of climate and clean energy programs. 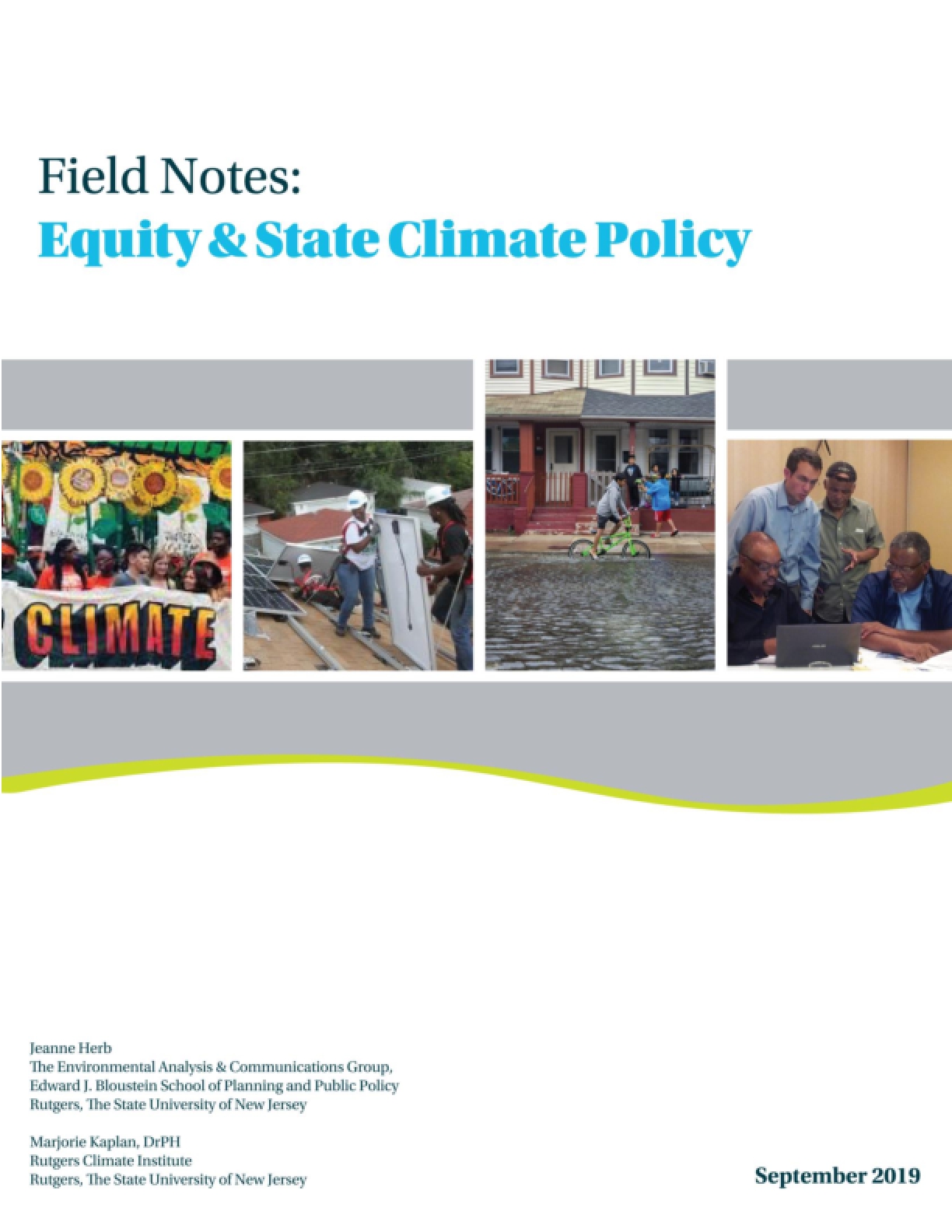