Fighting Back: Crime, Self-Defense, and the Right to Carry a Handgun

Ten years ago this month, a controversial "concealed- carry" law went into effect in the state of Florida. In a sharp break from the conventional wisdom of the time, that law allowed adult citizens to carry concealed firearms in public. Many people feared the law would quickly lead to disaster: blood would literally be running in the streets. Now, 10 years later, it is safe to say that those dire predictions were completely unfounded. Indeed, the debate today over concealed-carry laws centers on the extent to which such laws can actually reduce the crime rate. To the shock and dismay of gun control proponents, concealed-carry reform has proven to be wildly popular among state lawmakers. Since Florida launched its experiment with concealed-carry in October 1987, 23 states have enacted similar laws, with positive results. Prior to 1987, almost every state in America either prohibited the carrying of concealed handguns or permitted concealed-carry under a licensing system that granted government officials broad discretionary power over the decision to grant a permit. The key feature of the new concealed-carry laws is that the government must grant the permit as soon as any citizen can satisfy objective licensing criteria. Concealed-carry reform reaffirms the basic idea that citizens have the right to defend themselves against criminal attack. And since criminals can strike almost anywhere at any time, the last thing government ought to be doing is stripping citizens of the most effective means of defending themselves. Carrying a handgun in public may not be for everyone, but it is a right that government ought to respect. 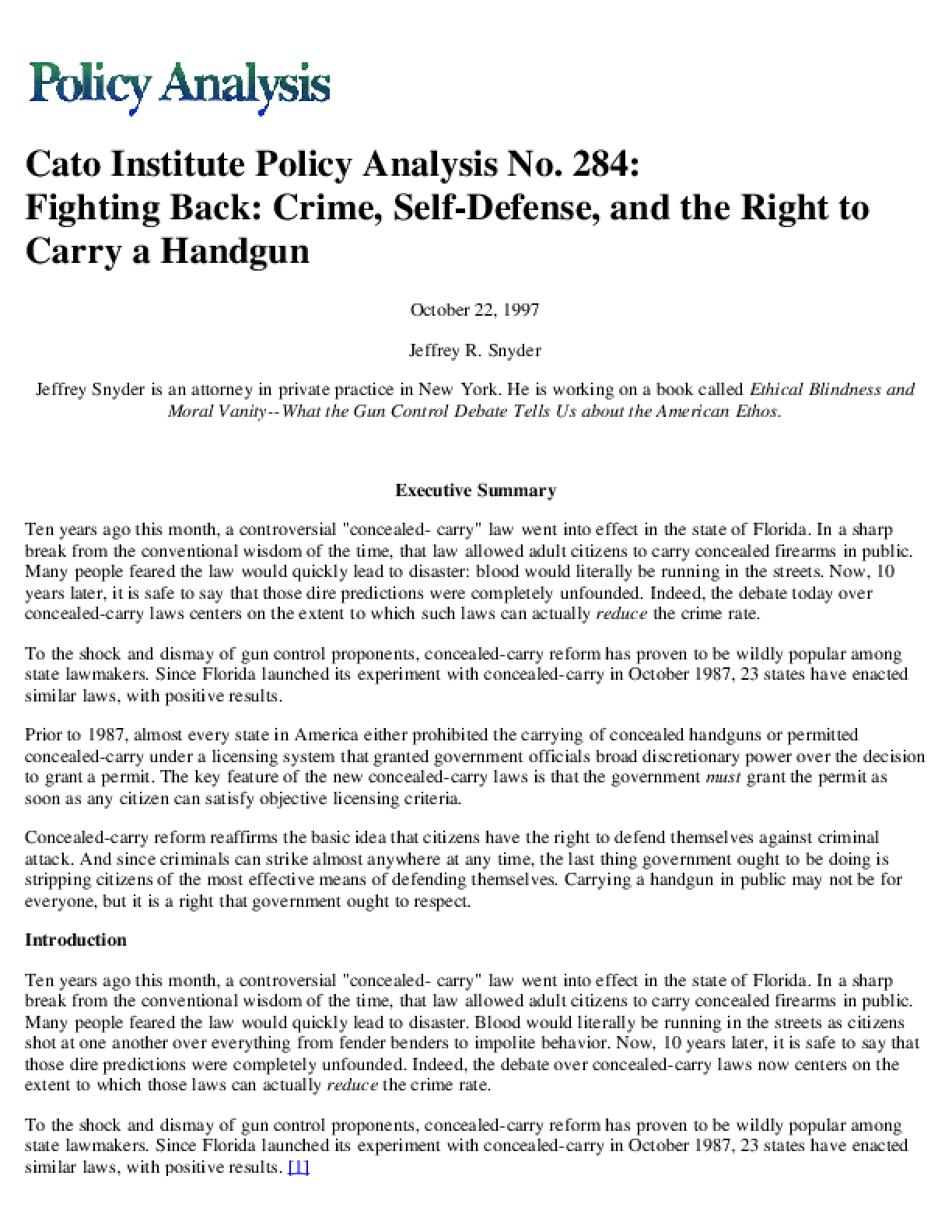