Numerous articles and studies have characterized the city of Richmond in West Contra Costa County, California as a "toxic hot spot" community. Over 350 industrial facilities encircle Richmond, including hazardous waste incinerators, oil refineries (such as the Chevron plant, one of the major polluters in the San Francisco Bay Area), dry cleaners, pesticide, fertilizer, and other petroleum-based chemical manufacturers. Many of these industries closely neighbor schools and homes. According to a 1989 report by Communities for a Better Environment, at least 210 different hazardous chemicals are stored and/or released into the Richmond environment. In a pattern consistent with established findings about the disproportionate impact of environmental hazards on communities of color, it is mostly low-income African Americans, Latinos, and a growing but hidden population of Asians and Pacific Islanders who live in the heart of this toxic area. Among the most vulnerable are Laotians, who are further economically and politically marginalized due to their linguistic and cultural isolation and lack of access to information, services, and decision-makers as a refugee community. Fighting Fire with Fire highlights the Laotian Organizing Project's first significant grassroots campaign. A major chemical explosion in March 1999 at the Chevron oil refinery in Richmond, California, followed by two more leaks in June and July, revealed Contra Costa County's inadequate emergency response system and the daily health risks faced by residents living in this industrial zone. Many of the area's residents were poorly informed of emergency safety procedures including the "shelter-in-place" information, and among those most impacted were limited English-speaking residents and children. In response to this, the Laotian Organizing Project launched a campaign targeting Contra Costa County's Health Services and the Internal Operations Committee of Contra Costa County's Board of Supervisors to implement a multilingual emergency phone-alert system. After a lengthy campaign, the County committed to establishing such a system, and LOP won an historic victory. LOP continues to work with members to monitor the implementation of the warning system. 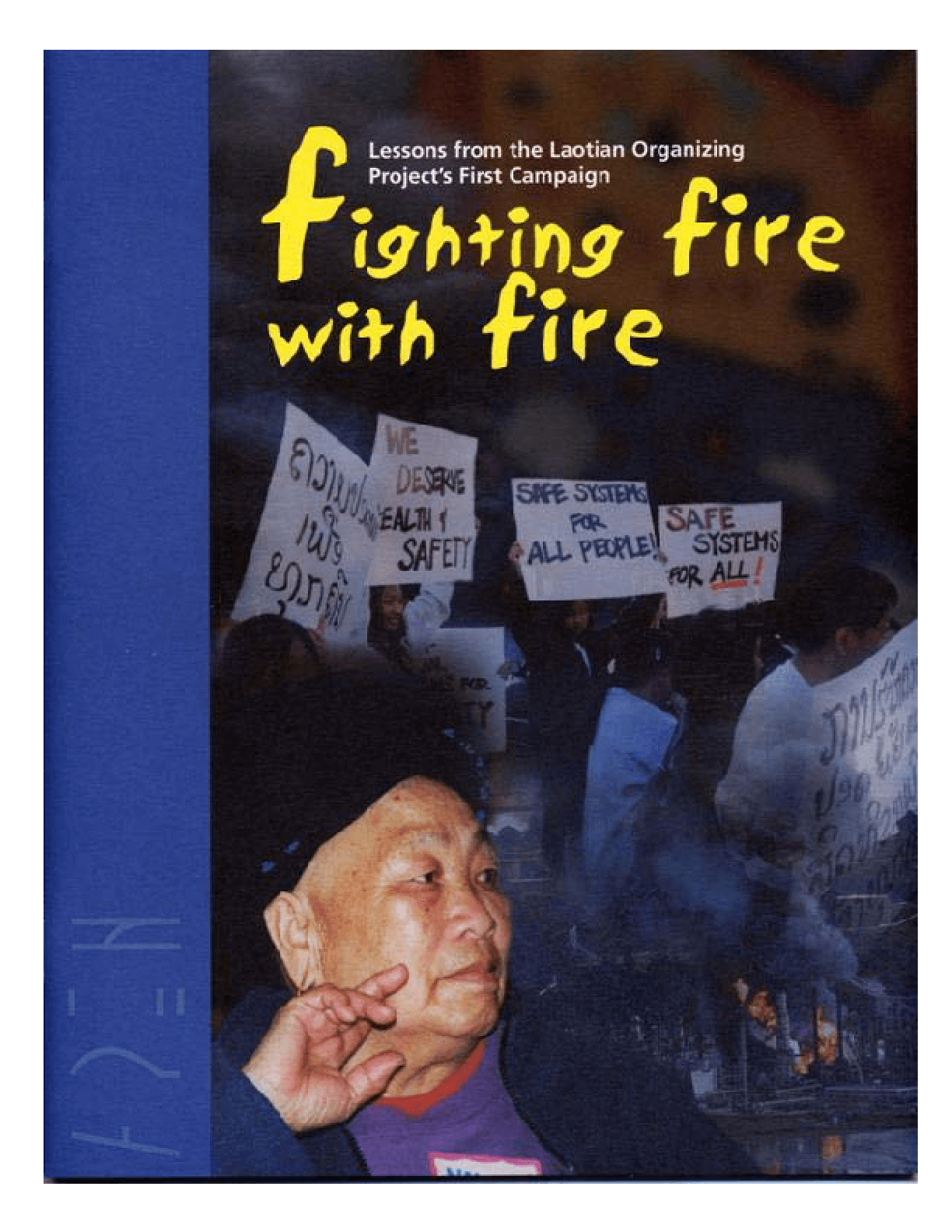