Filibuster Reform is Coming—Here’s How: Seven ideas for change

In the America of 2021, a seemingly unstoppable force has met an apparently immovable object. Across the nation, state officials are acting with brazen impunity in curtailing voting rights. At best nakedly partisan, and at worst openly racist, legislators are proposing and passing, and some governors are signing, statutes that will strip the ballot from millions, seize the power to overturn election outcomes those partisans don't like, and potentially tilt the political playing field for decades to come. No wonder President Biden has declared it the "most significant test of our democracy since the Civil War." Federal legislation could prevent this by establishing reasonable best practices for voter registration and early voting, and by barring the worst of the provisions. But, that is where the immovable object comes in. Despite majorities in both houses of Congress that have expressed support for voting rights legislation, the Senate filibuster stands in the way.

In this paper we assess a range of possible filibuster modifications. We believe the Senate will also consider these options as the pressure to do something to meet the crisis ratchets up. The history of the filibuster is the history of such changes, and so we begin with a survey of that history in Part I. In Part II, we catalog today's principal proposals for modification, enumerating their pros and cons. We include remedies such as reducing the number of senators needed to open debate in the face of a filibuster; obligating the objectors to be present with one of their number speaking at all times during a filibuster; and shifting the burden to them to muster the requisite number of votes required to maintain the filibuster whenever challenged, instead of requiring the 60 who wish to proceed to so vote. 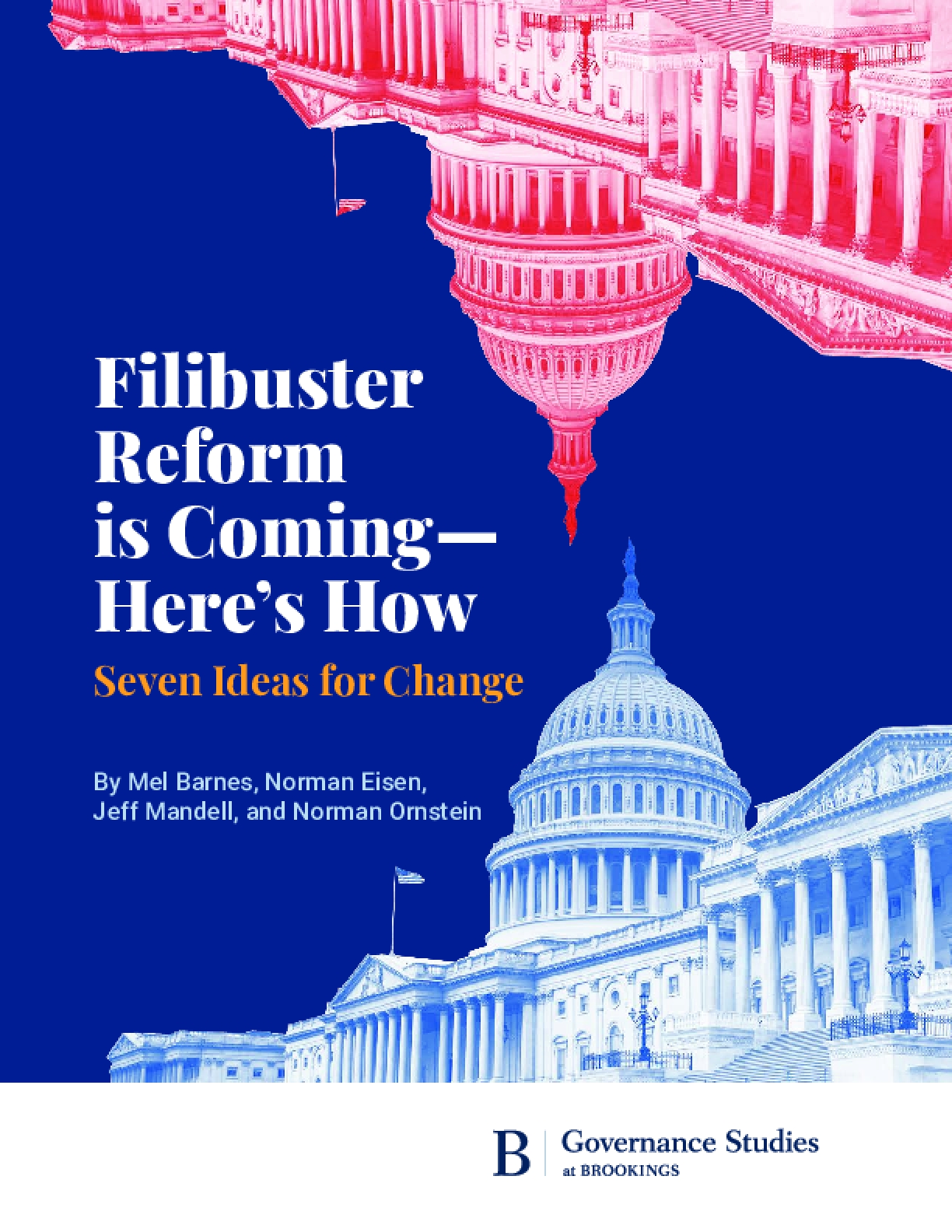