Films That Make a Difference

As part of the 2012 Seattle International Film Festival -- the largest and most-highly attended festival in the United States -- Vulcan Productions hosted a forum examining how filmmakers are using innovative campaigns to deepen the impact of their work titled, Films that Make a Difference. The event was held at the SIFF Film Center on June 3, 2012. The forum was moderated by Warren Etheredge, founder of the Warren Report (www.thewarrenreport.com), and included Johanna Blakley, Managing Director, The Norman Lear Center; Bonnie Benjamin-Phariss, Director, Vulcan Productions; Ted Richane, Vice President, Cause + Affect; and Holly Gordon, Executive Director, 10x10, a Multi-platform Initiative about girls' education. The forum examined ways to maximize the effect of film projects through various social impact initiatives. 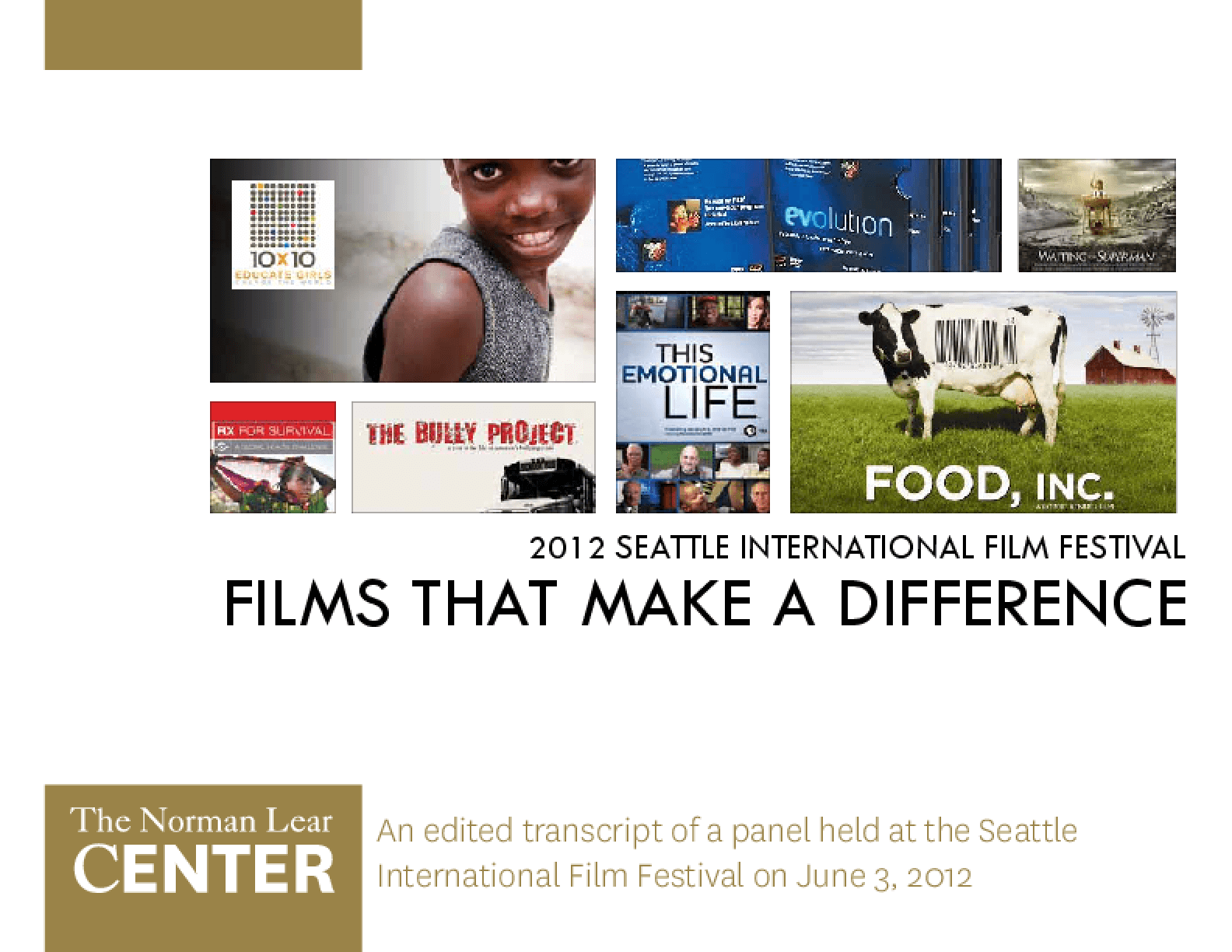