Mobile homescomprise around 7% of Vermont's housing stock and provide an affordable option to many Vermonters. It became evident soon after Tropical Storm Irene passed that our neighbors in mobile home parks were disproportionately impacted by the storm. Many of thecommunities impacted were located in low-lying flood hazard areas and mobile homes sustained substantial flood damage rendering many homes uninhabitable. A 2011 survey of mobile home park residents conducted by the University of Vermont,Department of Community Development and Applied Economics and the Champlain Valley Office of Economic Opportunity Mobile Home Program found that reported household median income in parks was $30,000 as compared to the state median income of $51,841 (U.S. Census Bureau, 2010). Average park residency was 11 years. Irene left a lasting mark on many of our long-term community members with limited financial resources to rebound from her impact. 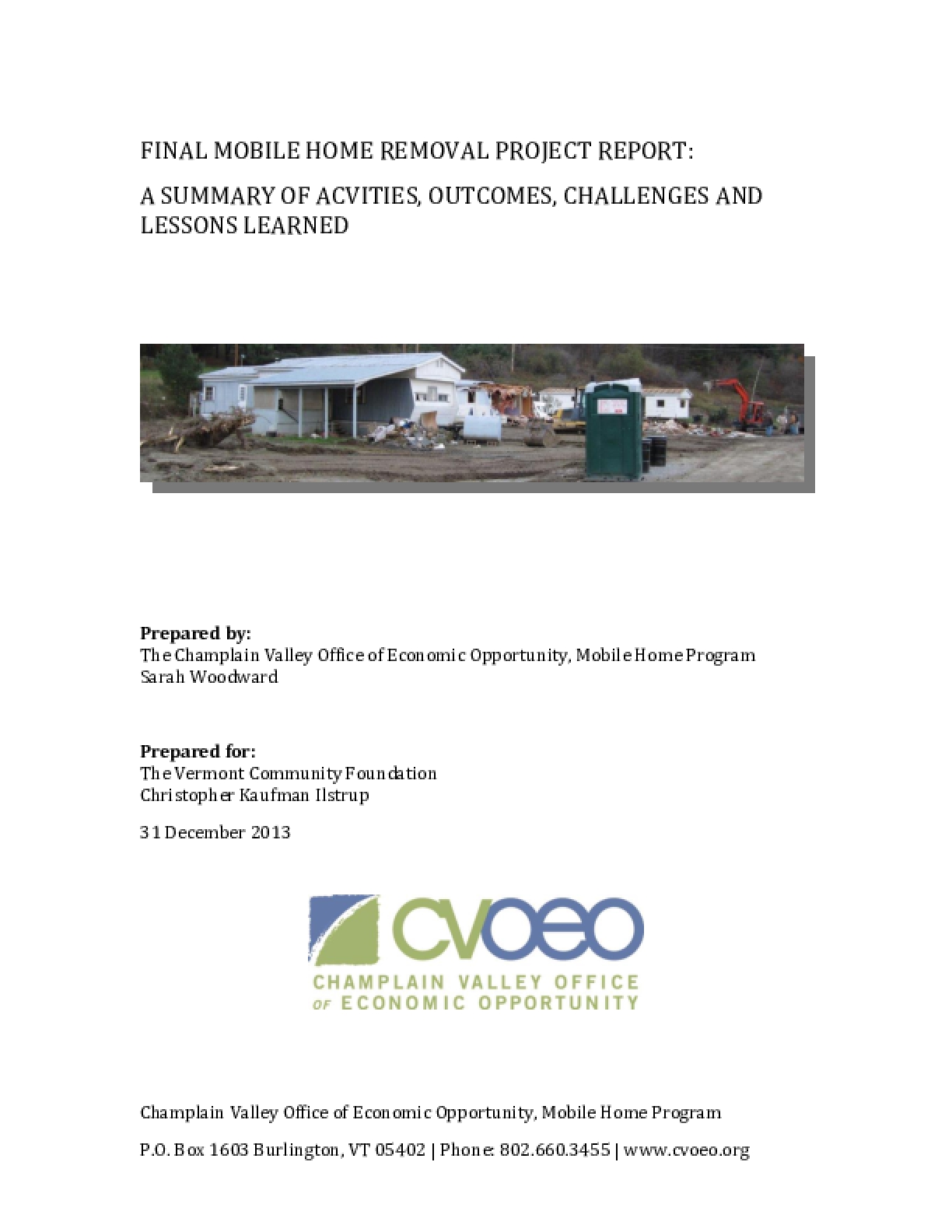