Finance for Climate Resilience in the Dawn of the Paris Era 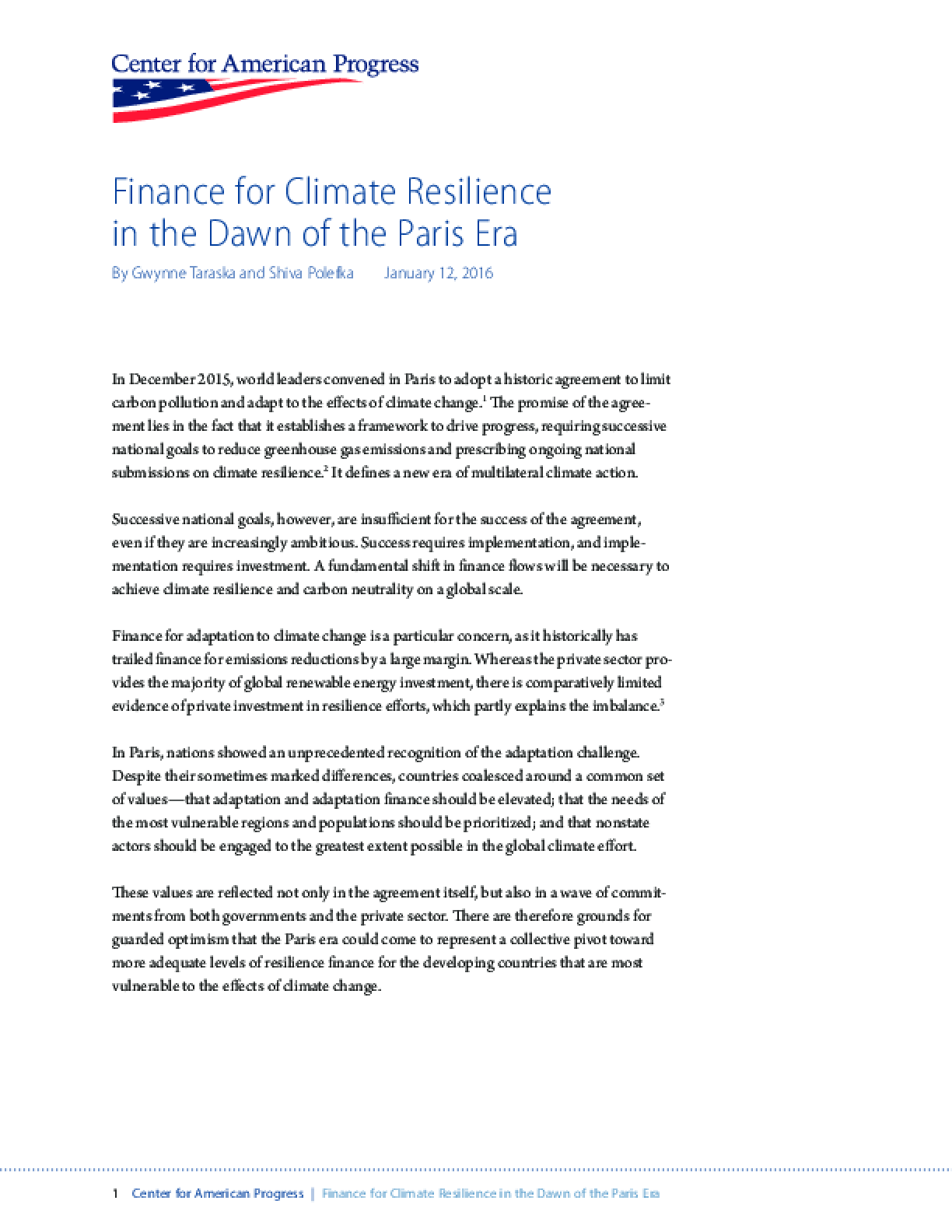