Financial Aid in Theory and Practice: Why It Is Ineffective and What Can Be Done About It

Financial aid programs are supposed to improve access and affordability in higher education. The effectiveness of these programs is increasingly being questioned as college attainment figures stagnate and the financial burden on students and families continues to climb year after year. This report identifies the main culprit for this unsatisfactory state of affairs as a misunderstanding of the effect of financial aid on schools. Currently, financial aid programs take costs per student as a given, and attempt to offset some of those costs. However, costs are not given. In fact, it is widely acknowledged that colleges and universities are engaged in an academic arms race. Thus, when financial aid programs make more money available to schools, this money is spent and results in higher costs per student. The end result is more costly higher education, generally accompanied by higher tuition, which has negative implications for access and affordability. Financial aid that is restricted to low-income students (allowing them to pay current costs at their school) will not materially contribute to the arms race. The effect of such aid will be to improve access, affordability and equality of opportunity. However, when aid is made available to students who can already pay the current costs, the schools are likely to capture the aid money and spend it--which contributes to the arms race. Thus, to avoid providing fuel for the arms race, financial aid needs to be well targeted. Current financial aid programs generally do not meet this requirement. State appropriations and other lump sum payments are particularly bad in this regard, as are the federal tax credits. When income limits on federally backed loans exist, they are generally too high. The only large program that does not contribute to the arms race is the means-tested Pell grant program. This report therefore argues for the elimination of most current financial aid programs (including state appropriations) and for the creation of Super Pell grants. A revised student loan program would likely be needed to fill any funding gap. 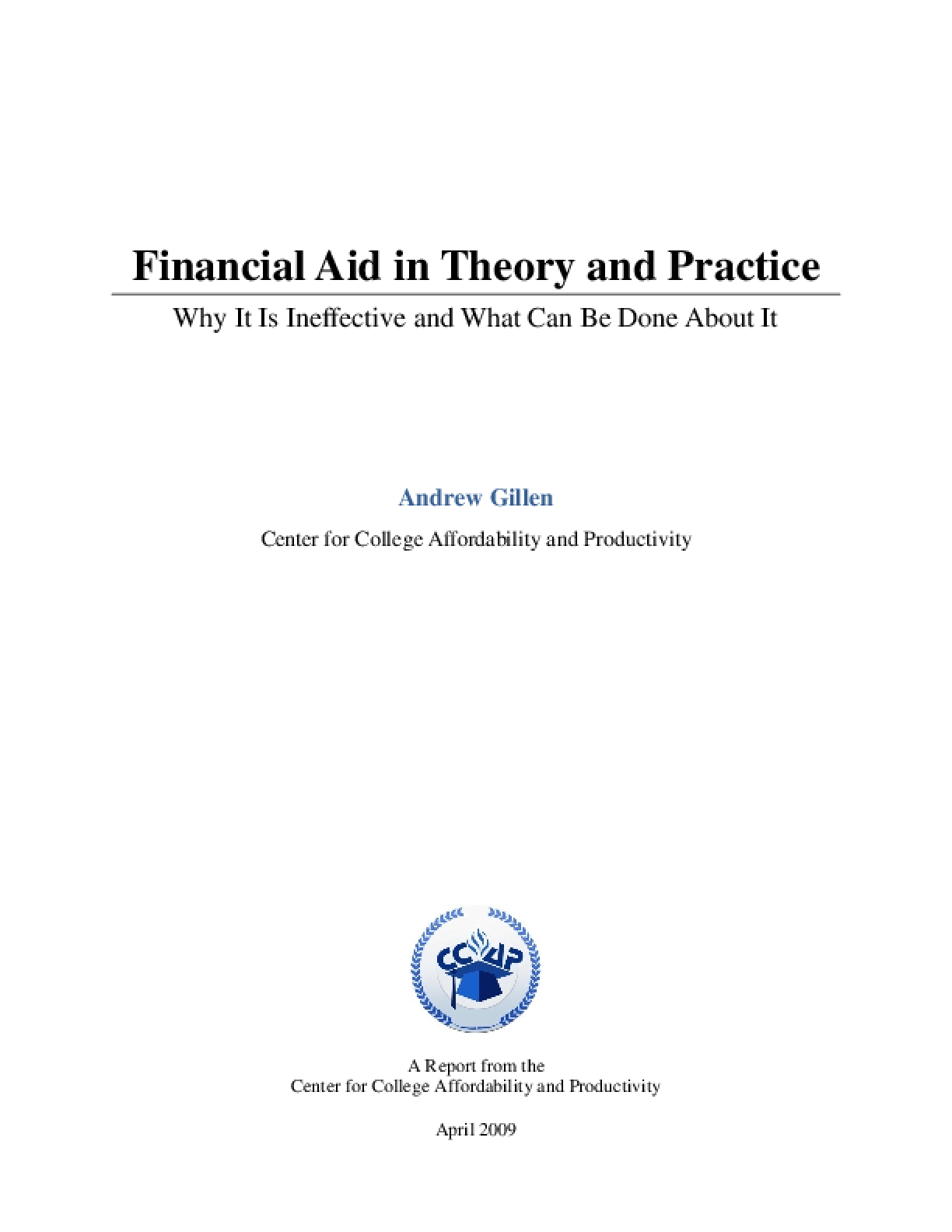