This study is the first to offer a detailed look at medical spending burden levels, defined as total family medical out-of-pocket spending as a proportion of income, for each state. It further investigates which states have greater shares of individuals with high burden levels and no Medicaid coverage, but would be Medicaid eligible under the 2014 rules of the Affordable Care Act should their state choose to participate in the expansion. This work suggests which states have the largest populations likely to benefit, in terms of lowering medical spending burden, from participating in the 2014 adult Medicaid expansions. 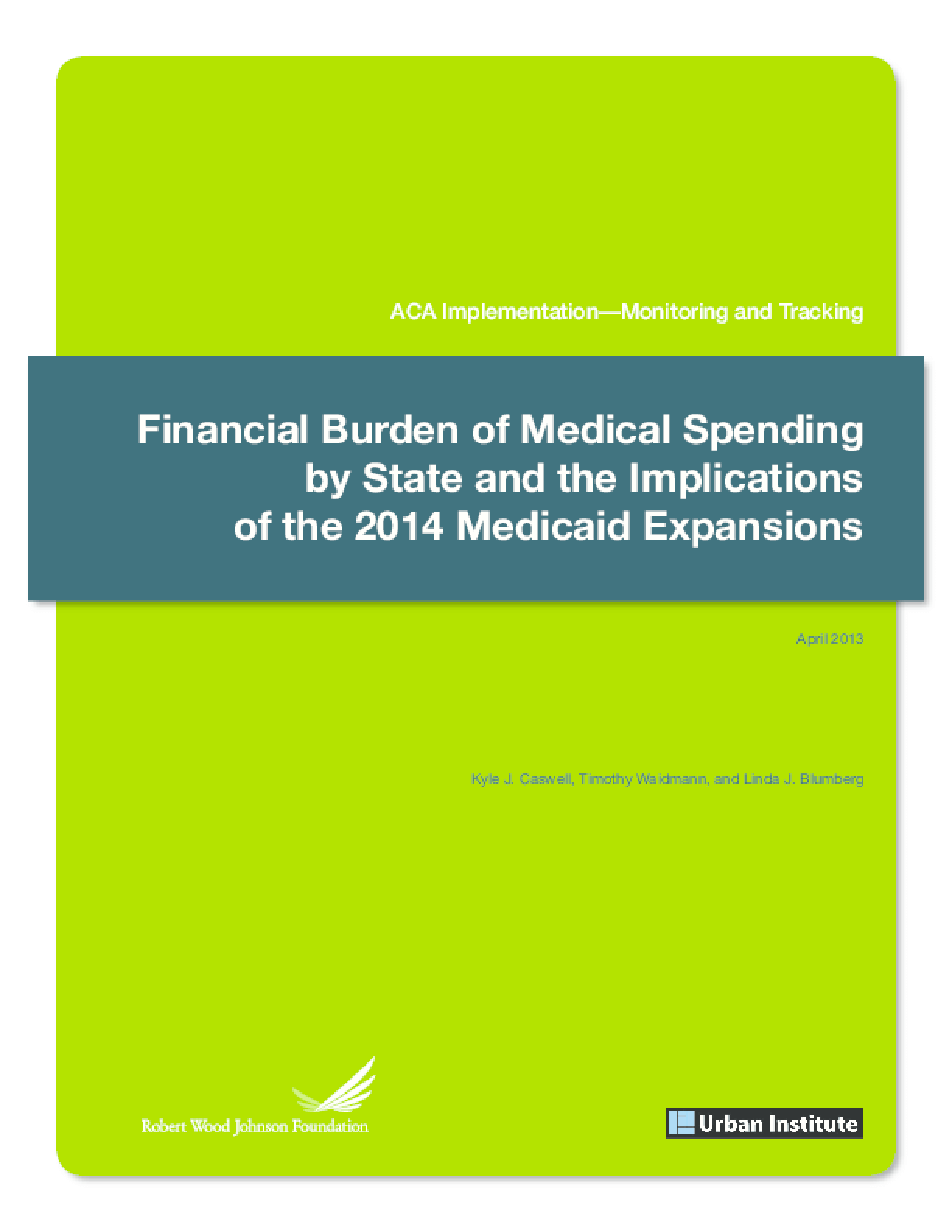