Despite being thoroughly debunked, concern over high government debt-to-GDP ratios has hardly disappeared from policy debates. As such, an overlooked possibility for reducing a high debt burden is simply buying back bonds at a discount when interest rates rise, as is widely predicted. This issue brief calculates the potential savings to the government through a hypothetical buyback of government debt in 2017. Long-term bonds that are issued at low interest rates will sell at substantial discounts to their face value if market interest rates rise. Looking at publicly held marketable debt issued as of the end of February 2013, the face value of the debt is $3,857 billion. The projected market value of this debt is $3,399 billion for an implied debt reduction of $458 billion, or just under 2.3 percent of the GDP projected for 2017. The interest burden on the Treasury will not change through these transactions. The only effect will be to lower the official value of outstanding debt. However if people in policy positions continue to attach importance to this number then this sort of debt exchange should rank high on the list of policy options. There is no less costly way to eliminate close to half a trillion dollars in debt. 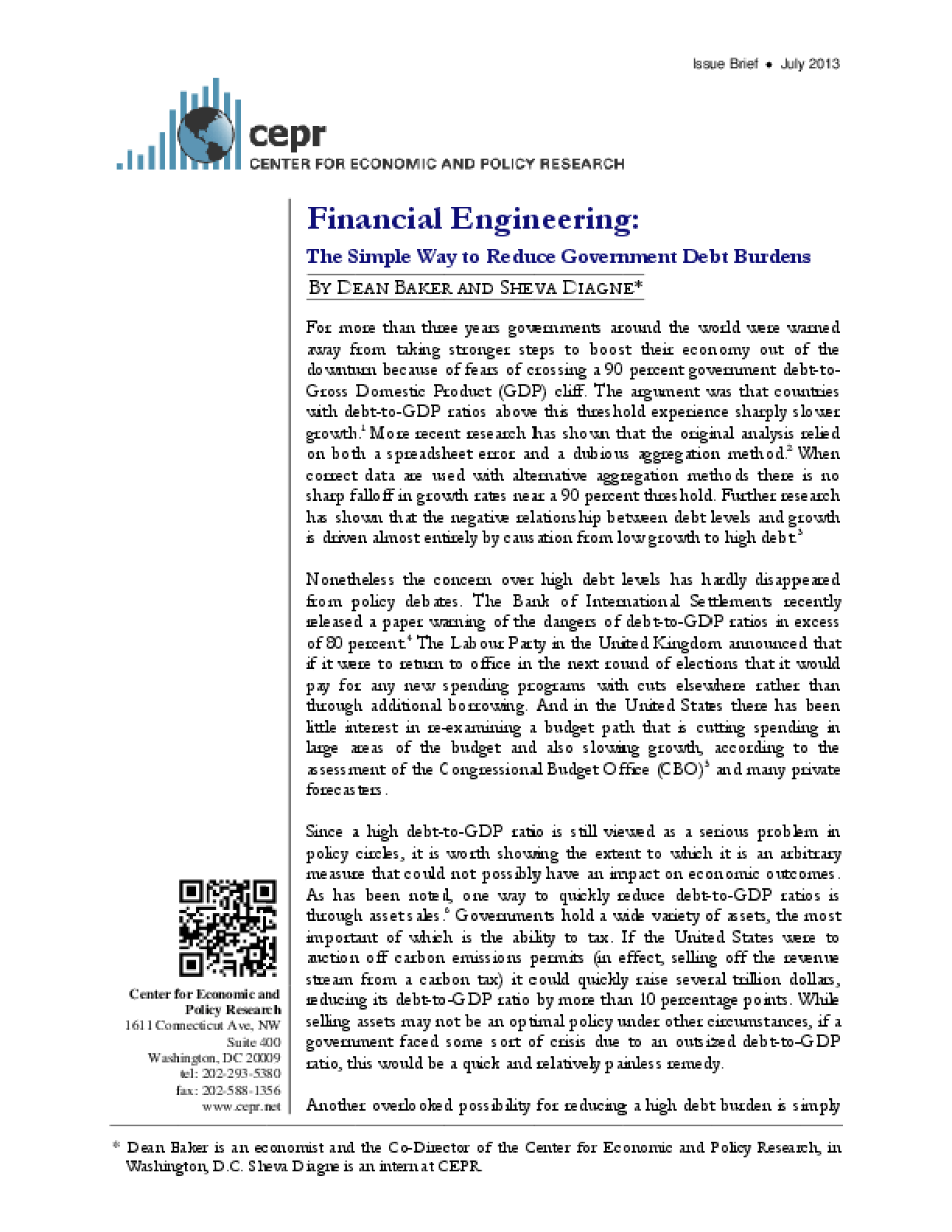