Financing Water and Sanitation for the Poor

This paper looks at the role of microfinance institutions (MFIs) in addressing the water and sanitation gap. Through a combination of a portfolio analysis; programmatic, independent evaluations; and WSP analyses, it shows that water and sanitation loans have strong social and economic benefits to low-income households and that partnerships with MFIs can help NGOs and governments better leverage investements. 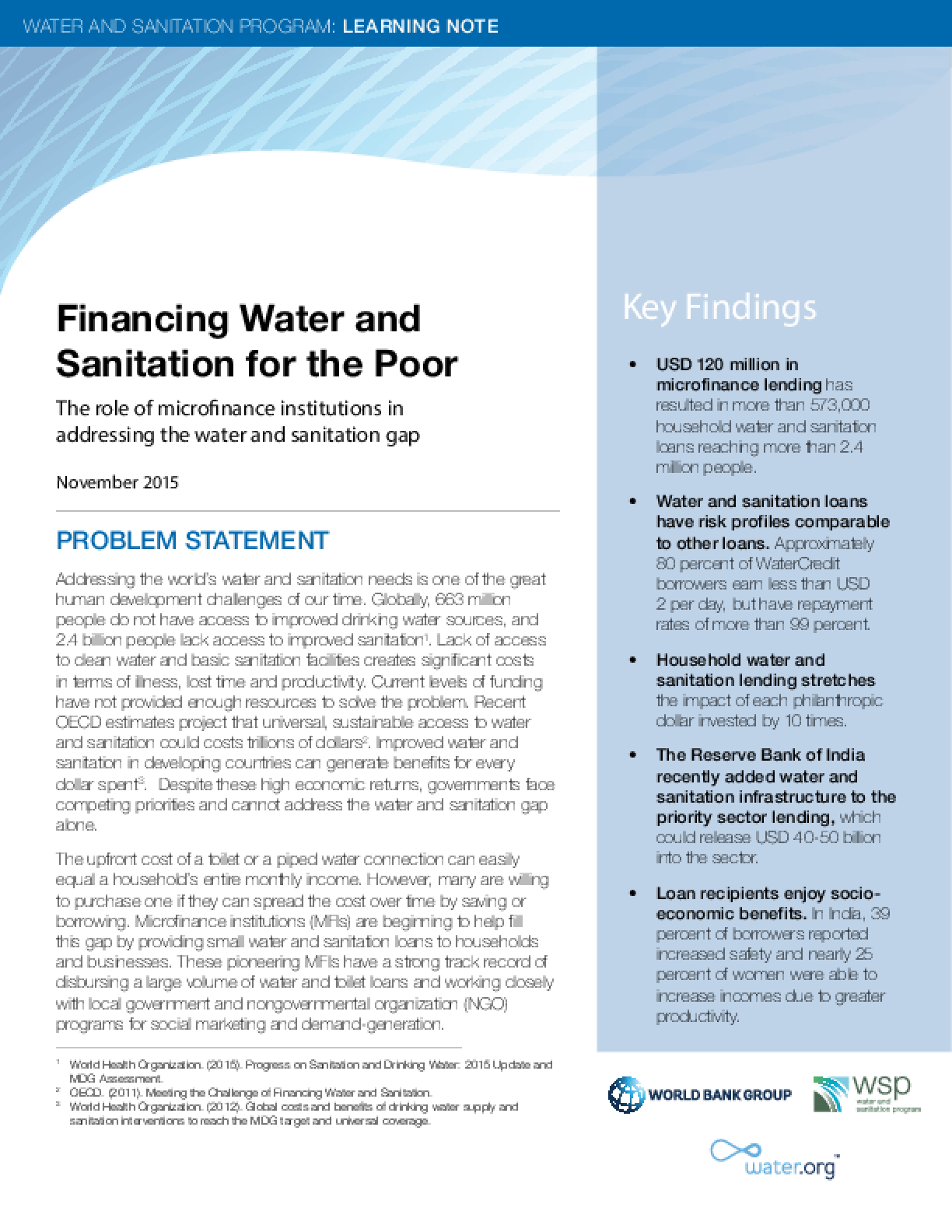