Building on the workshop process developed during The ICE Project, DanceArts Vancouver, now Judith Marcuse Projects, in the period 1998 to 2001, organized dozens of wide-ranging, carefully-constructed and challenging workshops in movement, theatre, media literacy and film and video production that were attended by a highly-diverse group of more than 400 hundred youth aged 15-18 throughout British Columbia. This in-depth process produced a body of stories, observations and insights that provided the "raw material" for the later creation, by the core artistic team, of the script for the production, FIRE....where there's smoke. While ICE explored the issue of teen suicide, FIRE explored the nature of violence as experienced by youth and its effects on their lives. 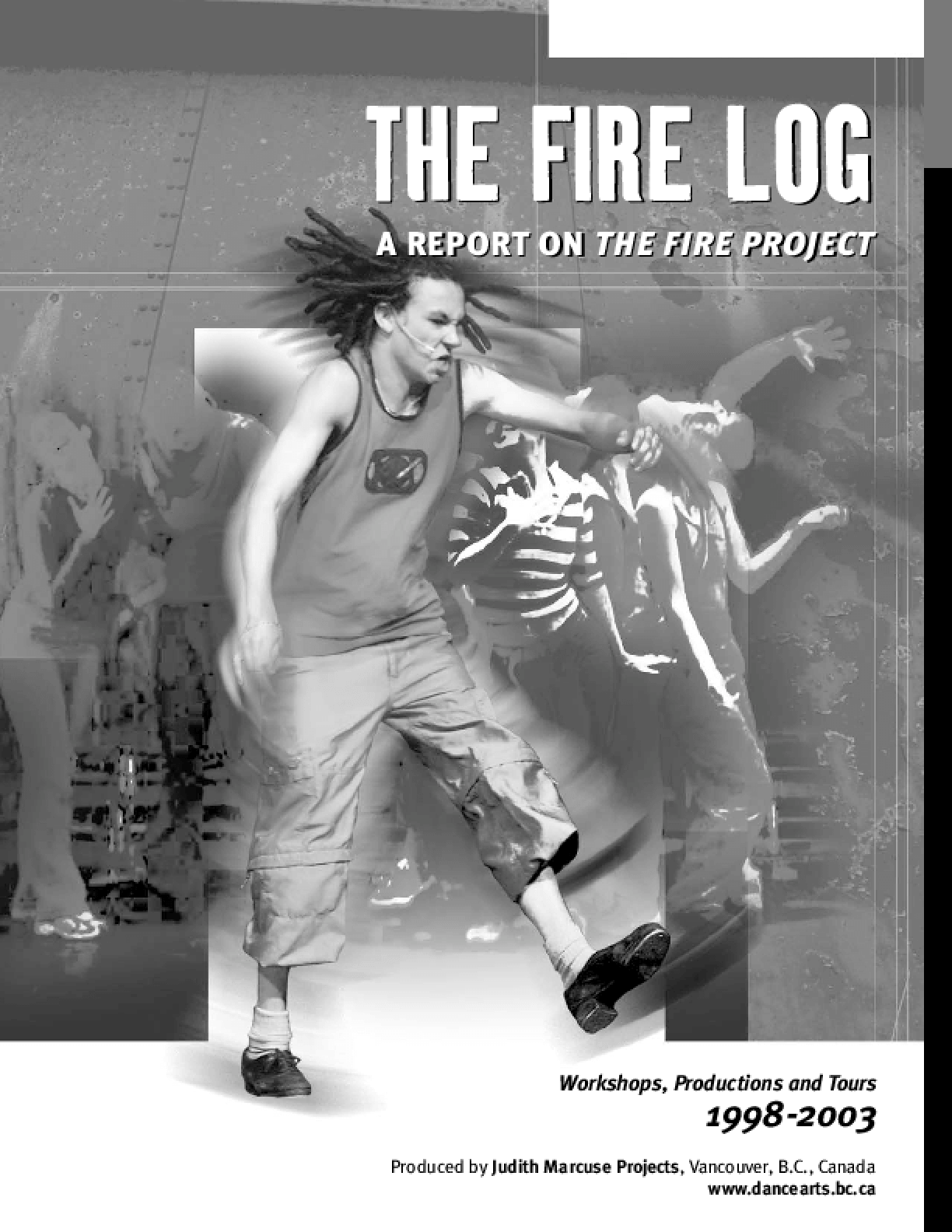