Against the backdrop of the worst state budget crunch in years, this report presents the findings of Cato Institute's sixth biennial fiscal policy report card on the nation's governors. The report card's grading is based on 17 objective measures of each governor's fiscal performance. Governors who have cut taxes and spending the most receive the highest grades. Those who have increased spending and taxes the most receive the lowest grades. This year, two governors receive the highest grade of A: Bill Owens of Colorado and Jeb Bush of Florida. Four governors receive the lowest grade of F: Gray Davis of California, Don Sundquist of Tennessee, Bob Taft of Ohio, and John Kitzhaber of Oregon. Stephen Moore is a senior fellow at the Cato Institute. Stephen Slivinski, a former fiscal policy analyst at the Cato Institute, is director of tax and budget studies at the Goldwater Institute. The governors of some of America's most populous states and their grades are George Pataki of New York, B; George Ryan of Illinois, D; and John Engler of Michigan, B. State governments faced a combined budget gap of more than $40 billion in 2002, largely as a result of an overspending binge in the 1990s. Most governors will confront more tough budget choices in 2003. We hope that governors do not make the mistake of raising taxes to try to balance budgets, as many did in the economic slowdown of the early 1990s. Instead, by reducing spending and cutting tax rates, governors can return their states to fiscal and economic health. If they do, we will have many high grades to reward on the next Cato fiscal report card. 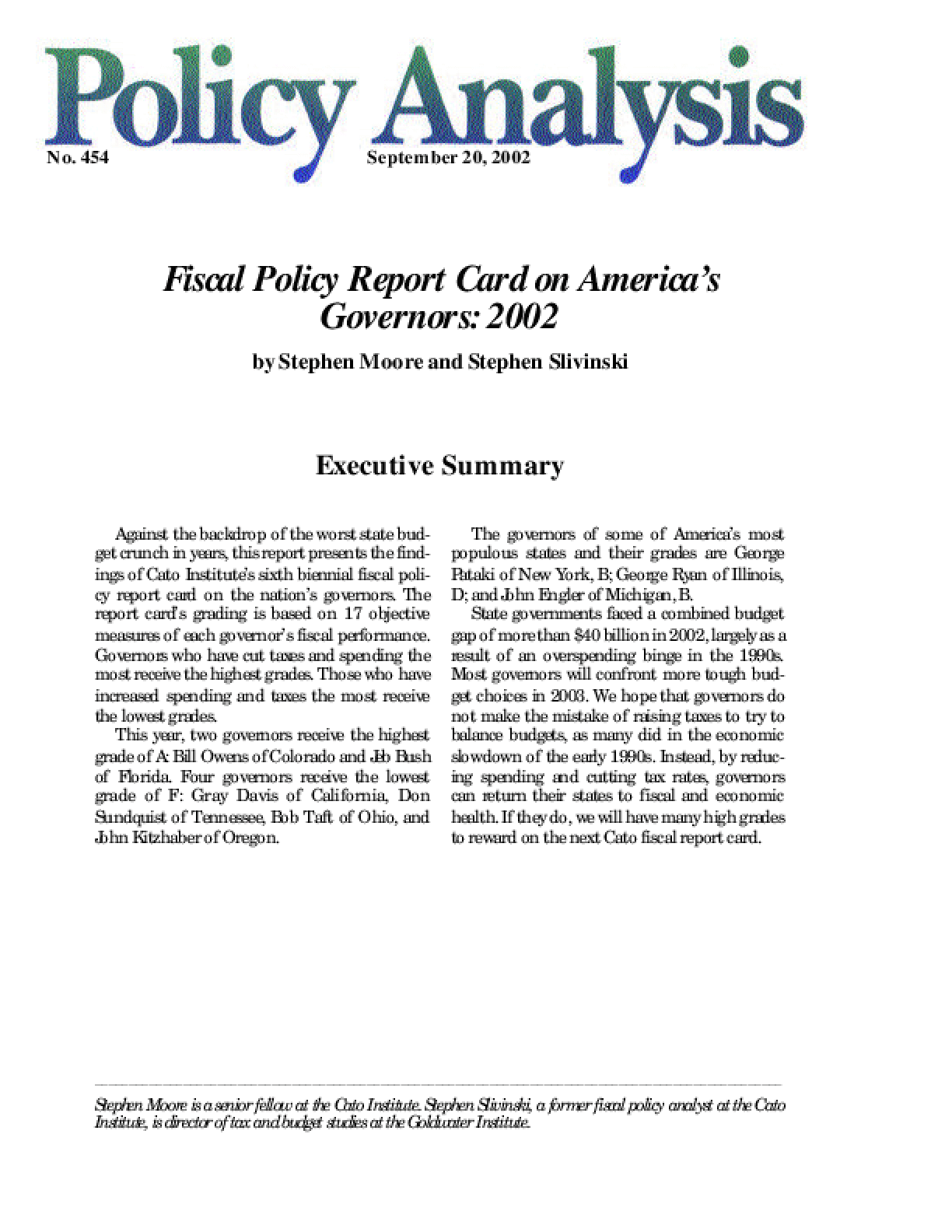