As states continue to claw their way out of the worst state budget hole in years, this report presents the findings of the Cato Institute's seventh biennial fiscal policy report card on the nation's governors. The report card's grading is based on 15 objective measures of fiscal performance. Governors who have cut taxes and spending the most receive the highest grades. Those who have increased spending and taxes the most receive the lowest grades. Our analysis shows that states that keep tax rates low and restrain spending growth have the best economic performance and thus the best longterm fiscal health. This year, four governors receive the grade of A: Arnold Schwarzenegger of California, Craig Benson of New Hampshire, Bill Owens of Colorado, and Judy Martz of Montana. Four governors receive Fs for their poor performance in dealing with the state fiscal crisis: Bob Holden of Missouri, Bob Taft of Ohio, Edward Rendell of Pennsylvania, and James McGreevey of New Jersey. The grades of the governors of some of America's most populous states are Jeb Bush of Florida, B; George Pataki of New York, B; Rick Perry of Texas, B; and Jennifer Granholm of Michigan, D. 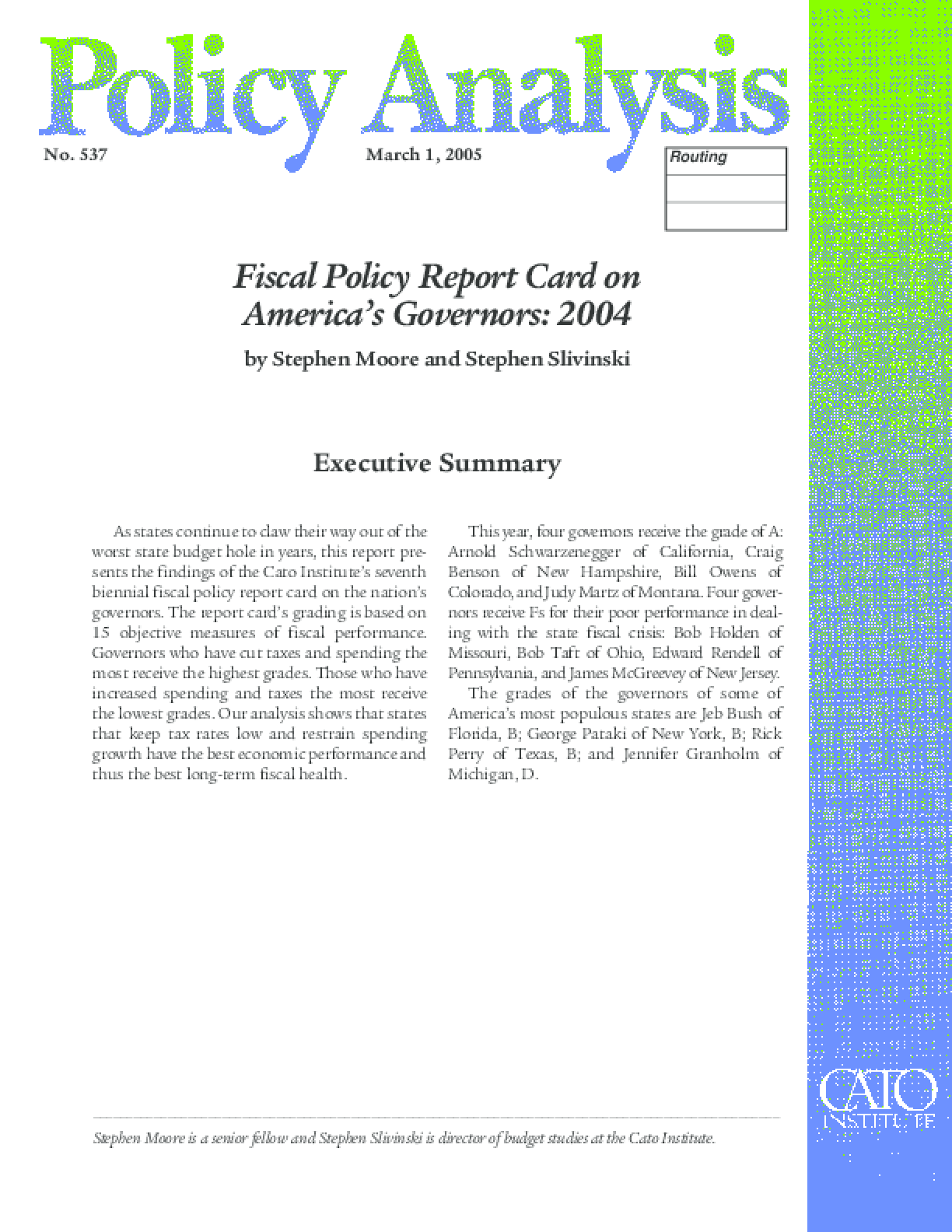