Revenue poured into state governments as the U.S. economy expanded between 2003 and 2007, prompting the nation's governors to expand state budgets and offer the occasional tax cut. But now that the economy has slowed and revenue growth is down, governors are taking various actions to close rising budget deficits. This ninth biennial fiscal report card examines the tax and spending decisions made by the governors since 2003. It uses statistical data to grade the governors on their taxing and spending records -- governors who have cut taxes and spending the most receive the highest grades, while those who have increased taxes and spending the most receive the lowest grades. Three governors were awarded an "A" in this report card -- Charlie Crist of Florida, Mark Sanford of South Carolina, and Joe Manchin of West Virginia. Eight governors were awarded an "F" -- Martin O'Malley of Maryland, Ted Kulongoski of Oregon, Rod Blagojevich of Illinois, Chet Culver of Iowa, Jon Corzine of New Jersey, Bob Riley of Alabama, Jodi Rell of Connecticut, and C. L. "Butch" Otter of Idaho. Republican governors, on average, received slightly higher grades than Democratic governors. More importantly, there has been a disappointing lack of major spending reforms among governors of both parties in recent years. State tax policies have also been uninspiring. Most tax cuts pursued by the governors have been small and targeted breaks, not broad-based rate cuts that can foster economic growth. Fiscal policies need to be improved if the states are to meet the huge challenges ahead. Medicaid costs continue to rise, state debt is soaring, and the pension and health care plans of state workers have huge funding gaps. At the same time, rising international tax competition makes it imperative that states cut tax rates to attract jobs and investment. Governors don't have an easy job, but they do need to pursue more aggressive fiscal reforms to meet the challenges of an increasingly competitive economy. 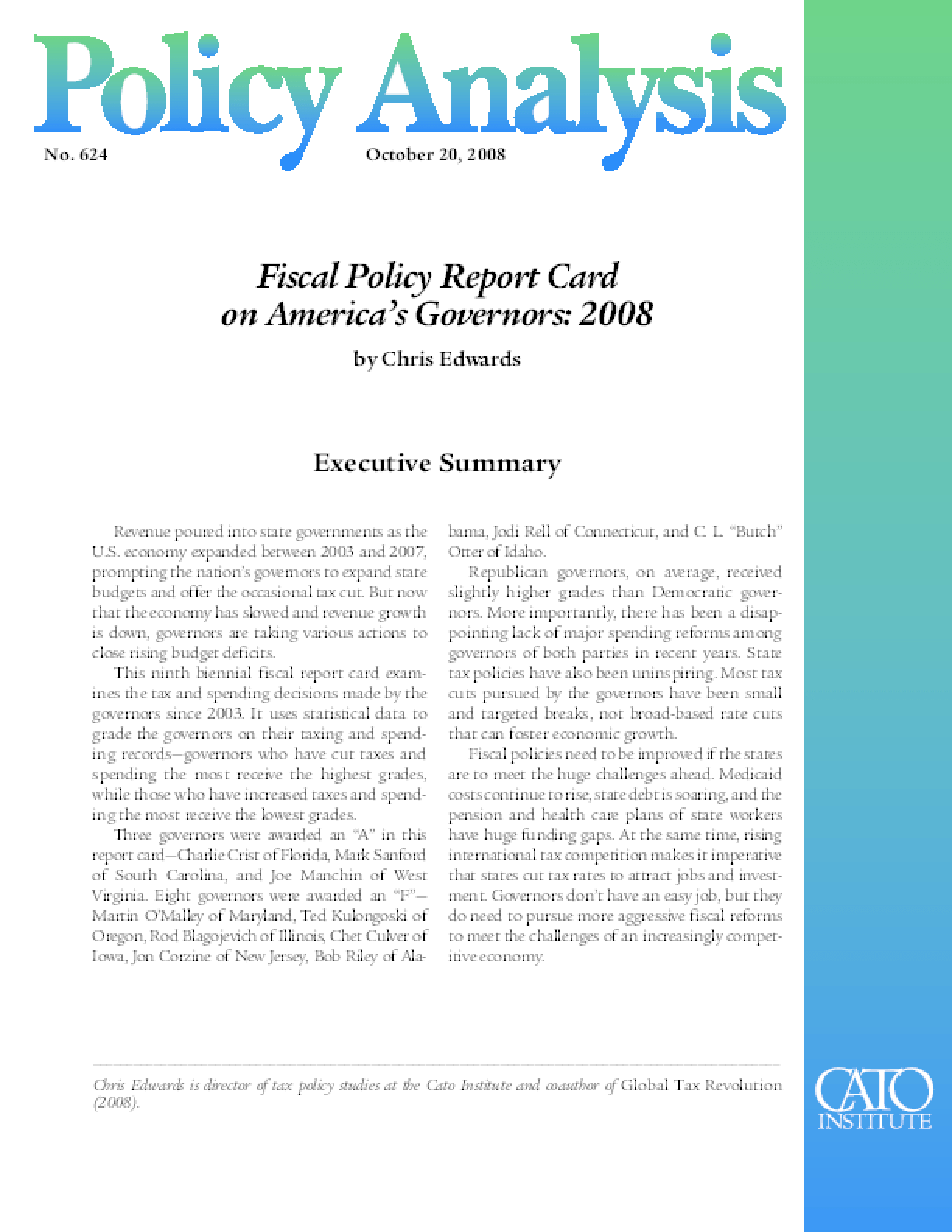