The state of natural resources is greatly influenced by market access. Consequently, resource trader's incentives, decisions, and willingness to comply with management can influence efforts to achieve sustainability. Trader's impacts will depend on their economic niches, which are influenced by cultural norms, skill, social relationships, profitability, and the spatial scale of markets. Consequently, we examined the potential of traders to influence fisheries' sustainability by evaluating their jobs, gender roles, religion, socioeconomic status, association and perceptions of management systems, and future plans. We studied 142 traders in 19 Kenyan coral reef fisheries landing sites distributed among four gear management systems. 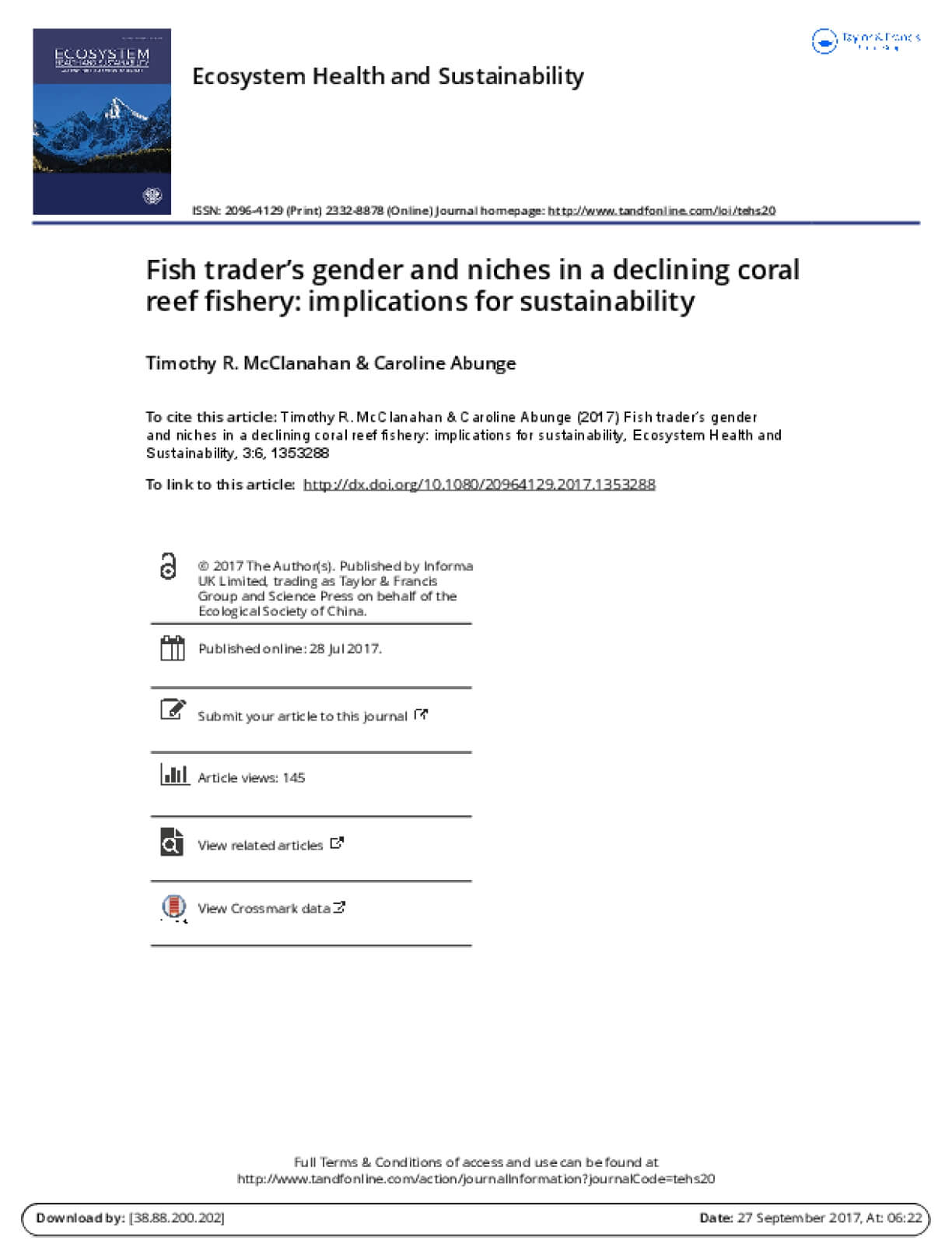