Flame Retardants in the Bodies of Pacific Northwesterners: A Study of Toxic Body Burdens

In September 2004, Sightline released results from our project to monitor pollution in the bodies of northwesterners. In August 2005, we released an update on the study. We tested 40 Northwest mothers for PBDEs -- chemical flame retardants widely used in consumer products such as furniture and computers -- and found in the breastmilk of every woman in the study, at levels much higher than in other countries. The study confirms research that levels of PBDEs have been rapidly building up in people and the environment, and suggest that all northwesterners are contaminated with PBDEs. The good news is that Washington, Oregon, and other parts of the Northwest have begun to take action against PBDEs. 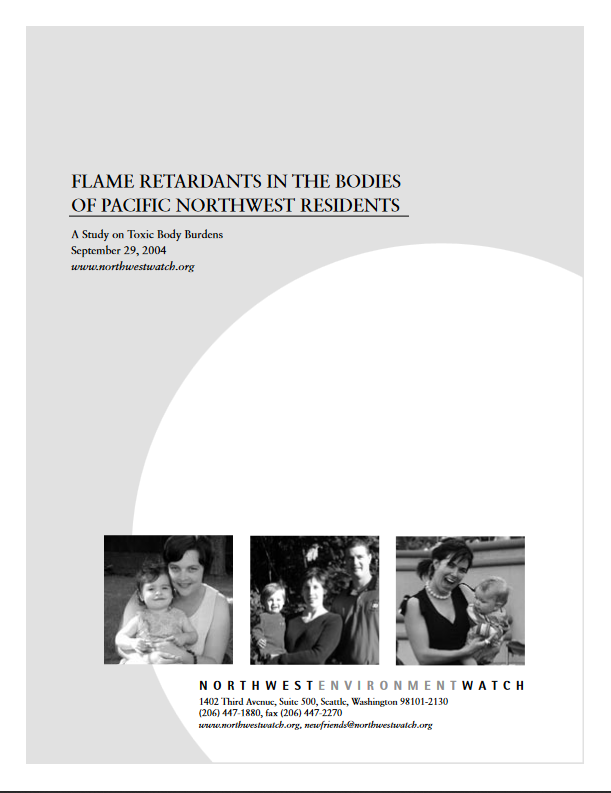