“Fleeing My Whole Life”: Older People’s Experience of Conflict and Displacement in Myanmar

Older people are largely invisible in situations of crisis, including during armed conflict and in humanitarian response. Their rights are often not respected, their needs unmet. In Myanmar, older people from many ethnic minorities have endured a lifetime of conflict, displacement, and military abuse. Now, in older age, military operations have again forced them out of their home and village, often where they have lived for decades, and into a displacement setting where they face distinct hardships that are frequently overlooked.

This report examines the impact of conflict and displacement on older people in areas of Myanmar where the military has undertaken recent operations—operations marred by crimes under international law, as Amnesty International has reported previously. It looks at the specific ways older people are affected by conflict, both in the violations they suffer and the psychosocial impact. There are tens of thousands of older people among the more than one million people displaced within Myanmar or to neighbouring Bangladesh. This report also analyses how and why humanitarian assistance is falling short in responding to their needs. 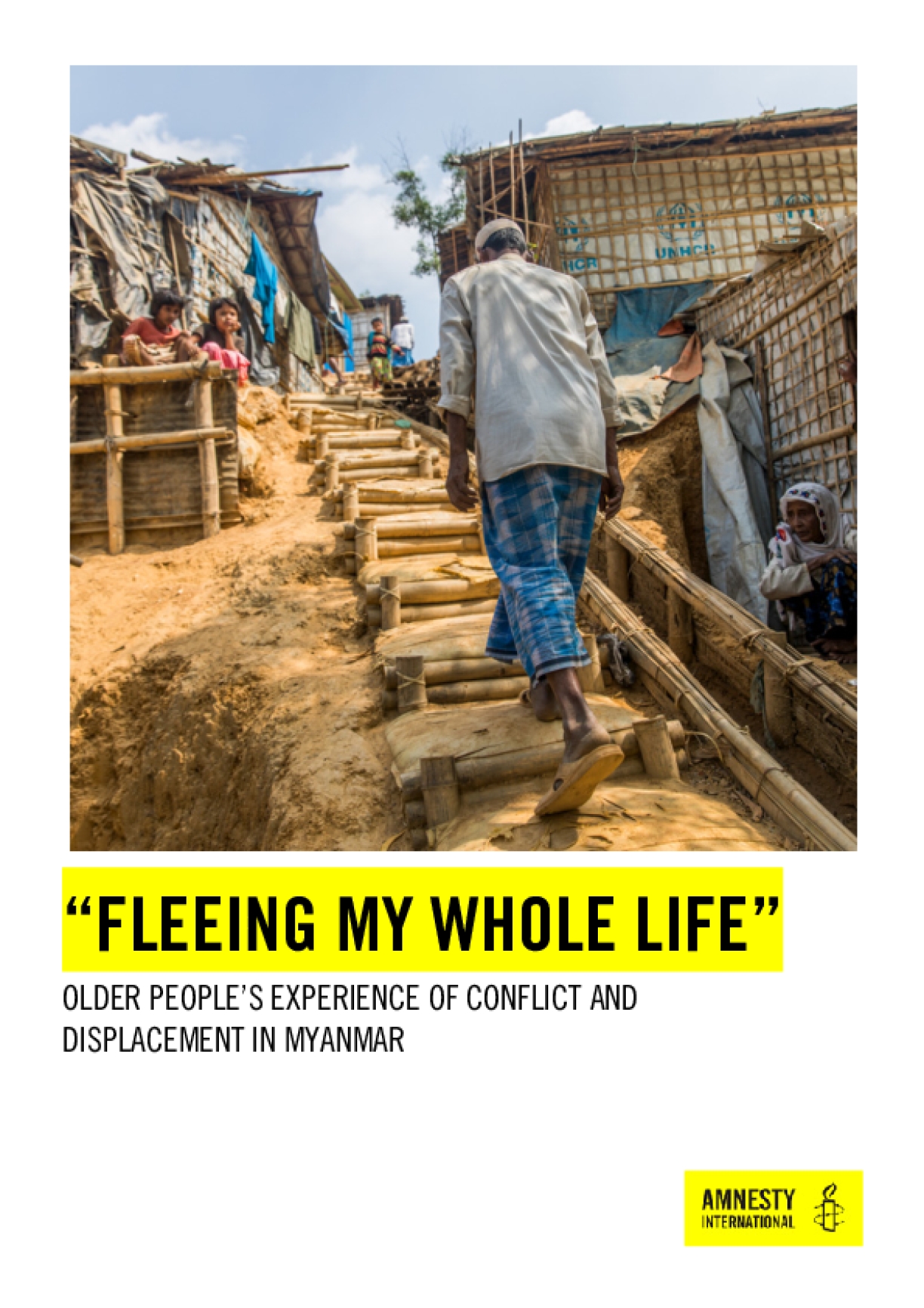