Florida's Coastal and Ocean Future: An Updated Blueprint for Economic and Environmental Leadership

Florida's coastal and marine habitats and numerous ecological and economic resources provide invaluable assetsto the millions of people who live in Florida or visit the state each year. The coast is Florida's economic engine. Florida's world-class beaches and coastal waters generate tens of billions of dollars from tourism and recreation andprovide habitat for numerous species of fish, birds, sea turtles, and other wildlife. Coastal marshes, mangrove forests, seagrass and oyster beds, and other habitats remove excess nutrients and pollutants, act as a buffer against major storms and flooding, and support the vast majority of Florida's marine fish and shellfish. Furthermore, the coralreefs off the Southeast coast and Florida Keys are home to thousands of marine species, support a thriving tourismindustry, and protect Florida's coasts from erosion and storm damage. These coastal and marine systems defineFlorida and frame the lives of Floridians. But these precious natural resources are at risk from destruction, misuse,and pollution. 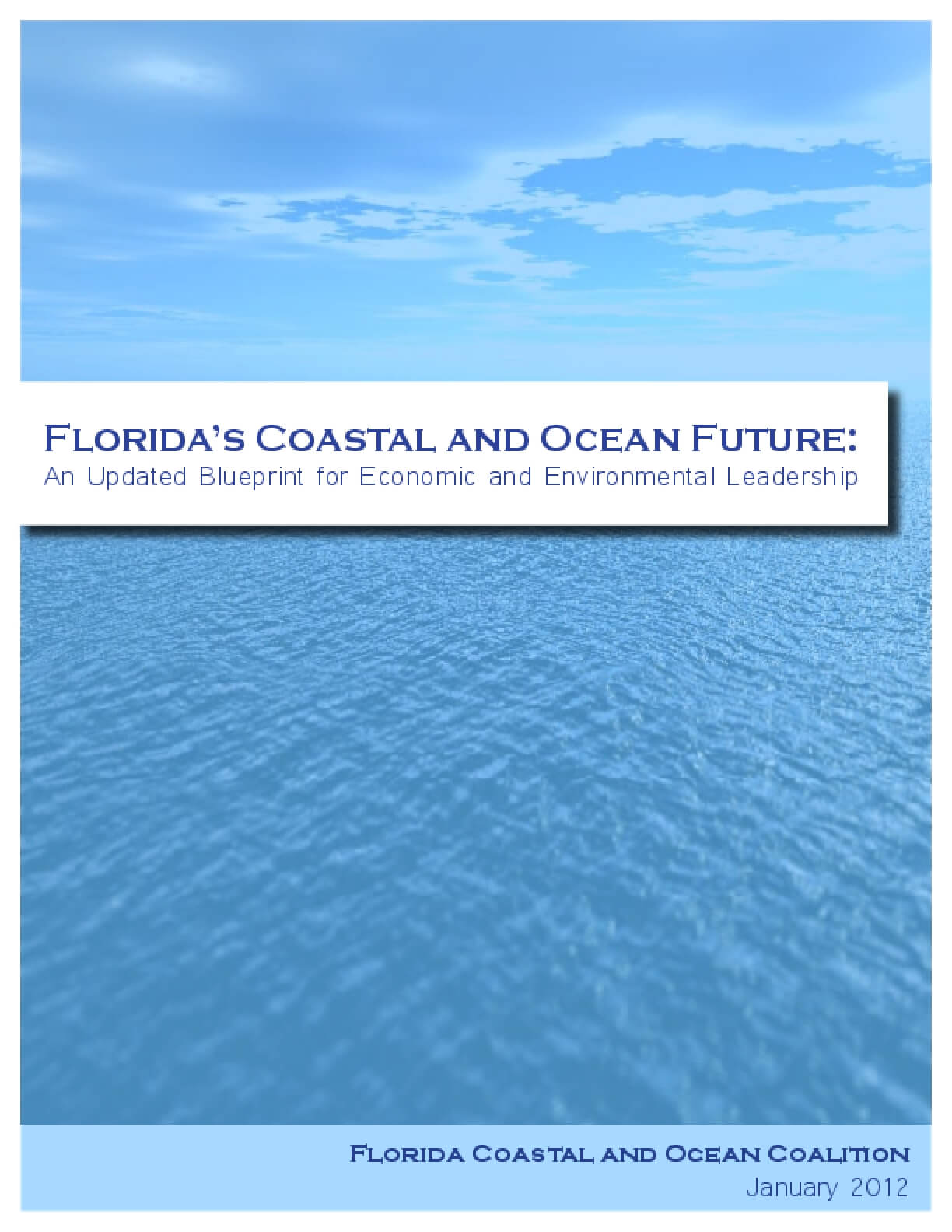