Issue: After Congress's failure to repeal and replace the Affordable Care Act, some policy leaders are calling for bipartisan approaches to address weaknesses in the law's coverage expansions. To do this, policymakers will need data about trends in insurance coverage, reasons why people remain uninsured, and consumer perceptions of affordability.

Goal: To examine U.S. trends in insurance coverage and the demographics of the remaining uninsured population, as well as affordability and satisfaction among adults with marketplace and Medicaid coverage.

Findings and Conclusions: The uninsured rate among 19-to-64-year-old adults was 14 percent in 2017, or an estimated 27 million people, statistically unchanged from one year earlier. Uninsured rates ticked up significantly in three subgroups: 35-to-49-year-olds, adults with incomes of 400 percent of poverty or more (about $48,000 for an individual), and adults living in states that had not expanded Medicaid. Half of uninsured adults, or an estimated 13 million, are likely eligible for marketplace subsidies or the Medicaid expansion in their state. Four of 10 uninsured adults are unaware of the marketplaces. Adults in marketplace plans with incomes below 250 percent of poverty are much more likely to view their premiums as easy to afford compared with people with higher incomes. Policies to improve coverage include a federal commitment to supporting the marketplaces and the 2018 open enrollment period, expansion of Medicaid in 19 remaining states, and enhanced subsidies for people with incomes of 250 percent of poverty or more. 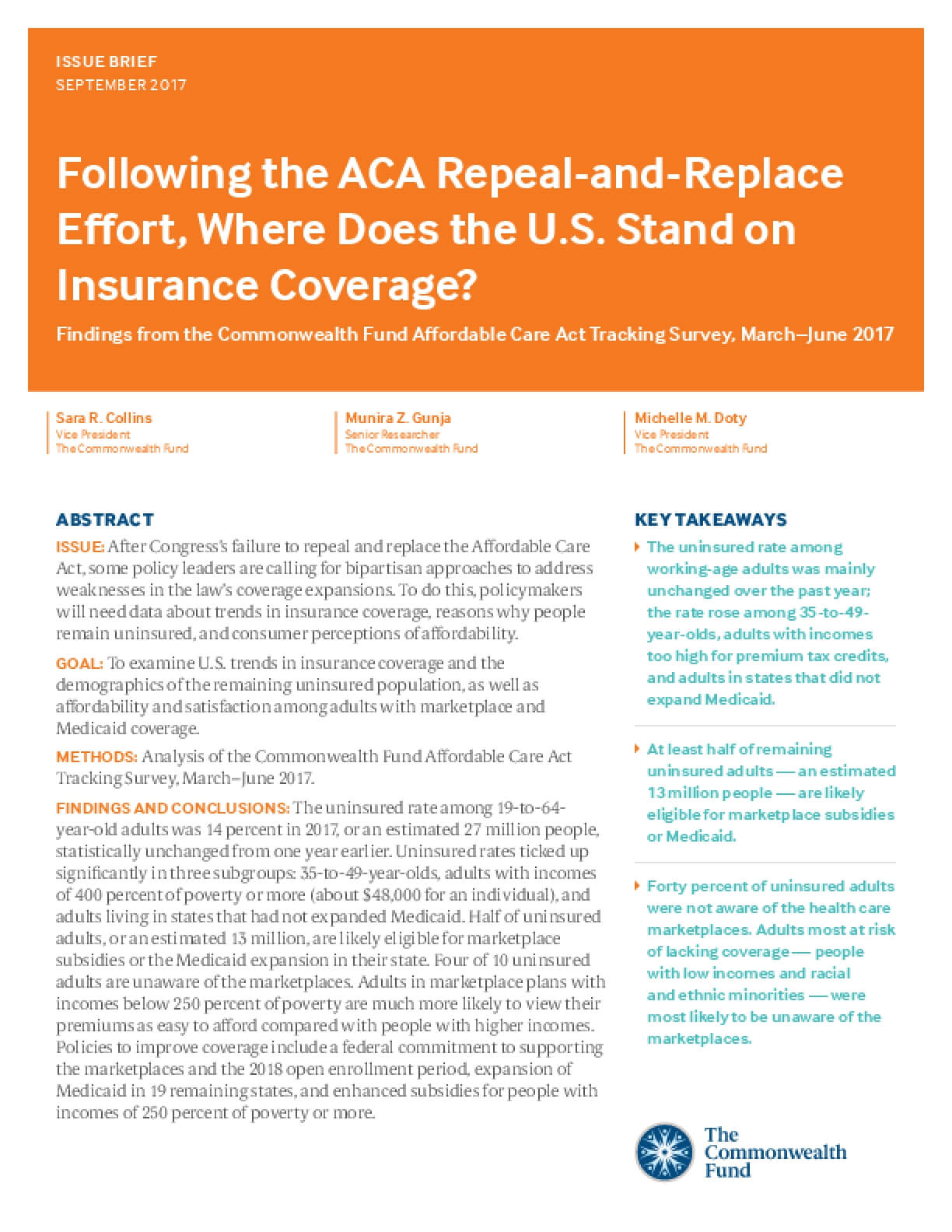