This working paper, by William M. Rodgers III, Hanley S. Chiang, and Bruce W. Klein, estimates the extent to which increases in the U.S. federal minimum wage in October 1996 and September 1997 improved the ability of households to be food secure -- that is, to purchase for their members an adequate supply of nutritional and safe foods. First, the authors show that the two increases significantly altered the hourly wage distribution of householders (principal person in a household). The shifts were greatest among household heads that are minority, single parents, and household heads with no more than a high school diploma. Even after controlling for the link between the 1990s economic expansion and food security, the October 1996 and September 1997 increases in the federal minimum wage raised food security and reduced hunger, particularly in low-income households where householders had completed no more than a high school degree or were a single parent. 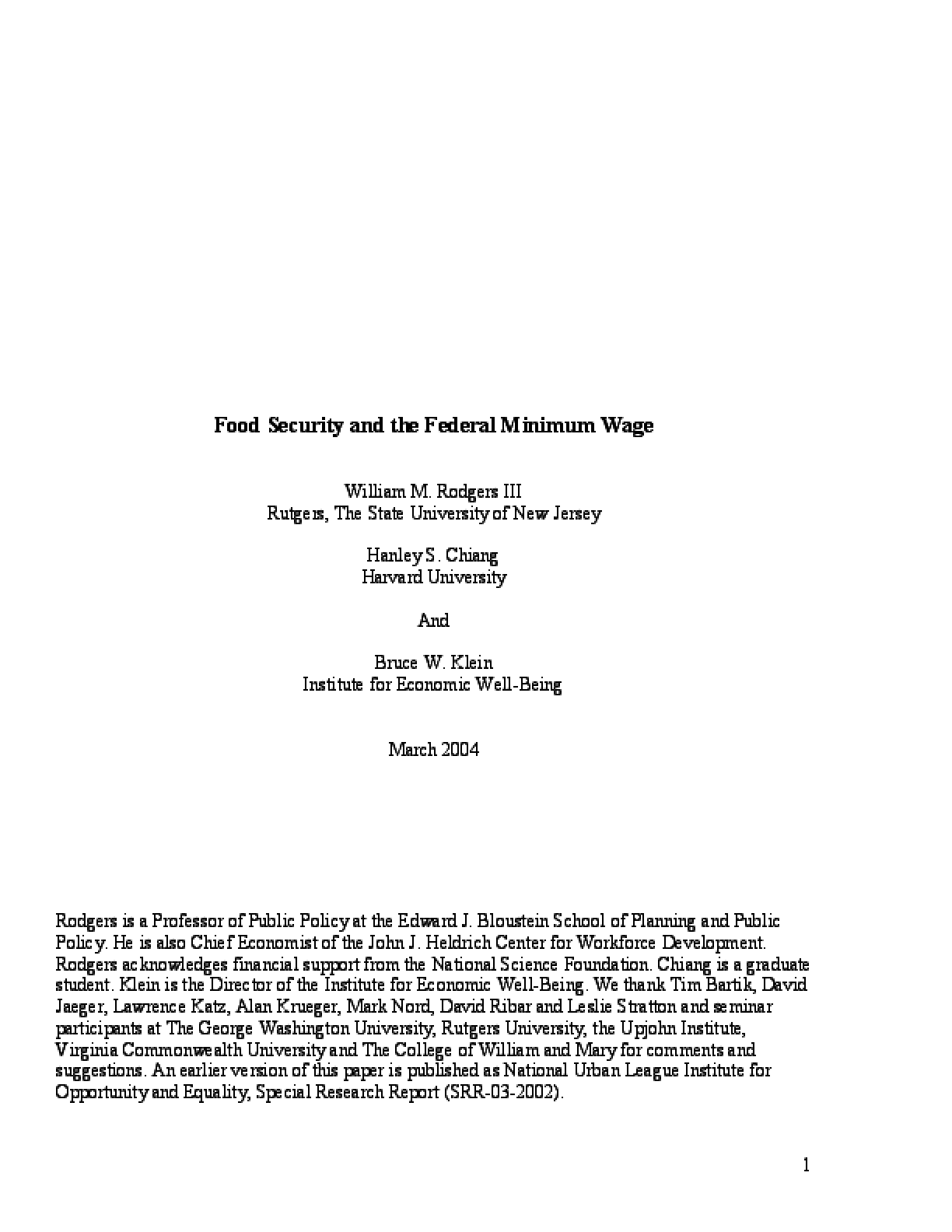