Fooling Ourselves: Voluntary Programs Fail to Clean Up Dirty Water

Drinking water, lakes and rivers in Iowa and across the Corn Belt are in serious trouble because of polluted farm runoff.

To tackle the problem, for decades we've taken the approach favored by agricultural interests – making federal tax dollars available for conservation practices that curb runoff, encouraging farmers to adopt those practices, then hoping enough of them volunteer to do the right thing.

But that approach has a fatal flaw: farmers who voluntarily start conservation practices can just as easily stop.

And that's exactly what's happening in eight key Iowa watersheds, an EWG investigation found. If what we found is true statewide and throughout the Corn Belt, it's no wonder the water is still dirty.

EWG used aerial imagery to track what happened between 2011 and 2014 with two simple but important practices – stream buffers and grassed waterways – in eight watersheds prioritized in the Iowa Nutrient Reduction Strategy. In that period, some landowners in those watersheds started following practices to control runoff, but others stopped. In the end there was no lasting gain in protection and no or miniscule progress in reducing runoff. 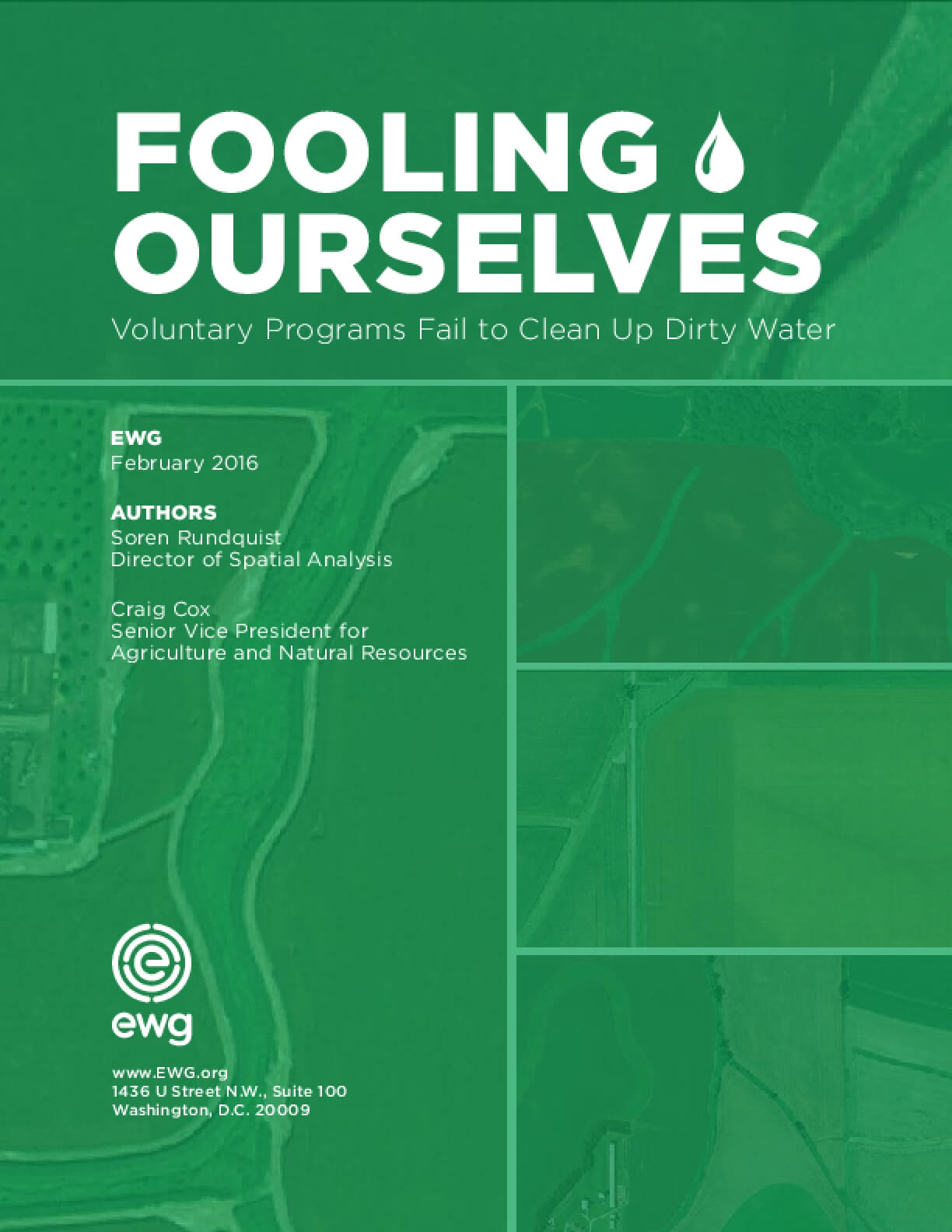