For-Profit Education in the United States: A Primer

Higher education during the twentieth century underwent drastic changes as reformers forcefully argued education was the business of the state, and society could be improved by strong, publicly backed schools (Coulson 1999). Often proponents of state-sponsored education on the left argued the government should use education as a way to shape the minds of the nation's citizens, who were not responsible enough to take care of their own education properly (Coulson 1999). On the right, similar arguments were used as special interest groups saw the government as a means to influence what went on in the classroom. Consequently, the government stepped into the higher education arena, in part, by arguing people were not competent enough to oversee their own education. While the data for this period are scarce, it is safe to say for the period 1890 -- 1972, for-profit colleges were increasingly marginalized by the growth of highly subsidized public institutions (Breneman et al. 2006; Kinser 2006; Ruch 2001). Starting in the mid-1970s and accelerating through the 1980s and 1990s, for-profit education underwent a renaissance, due in large part to the 1972 reauthorization of the Higher Education Act, which increased the amount of government student aid available to for-profit schools (Kinser 2006; Turner 2006). During this era, the broadened scope of Pell Grants gave rise to an increasing number of for-profit universities offering associates, bachelors, and graduate degrees (Turner 2006). Since 1976, for-profit enrollment has grown at an annualized growth rate of about 11 percent, increasing by a factor of nearly twenty-three. For-profits'market share of higher education has gone from 0.4 percent to nearly 6 percent (U.S. Department of Education, National Center for Education Statistics, 2006a). The robust resurgence of for-profit schools suggests America's nonprofit colleges are failing to meet fully the people's needs. As a result, for-profits are stepping in to meet market demands their highly subsidized counterparts have chronically failed to satisfy. These recent and rapid developments have once again brought for-profit education national visibility. 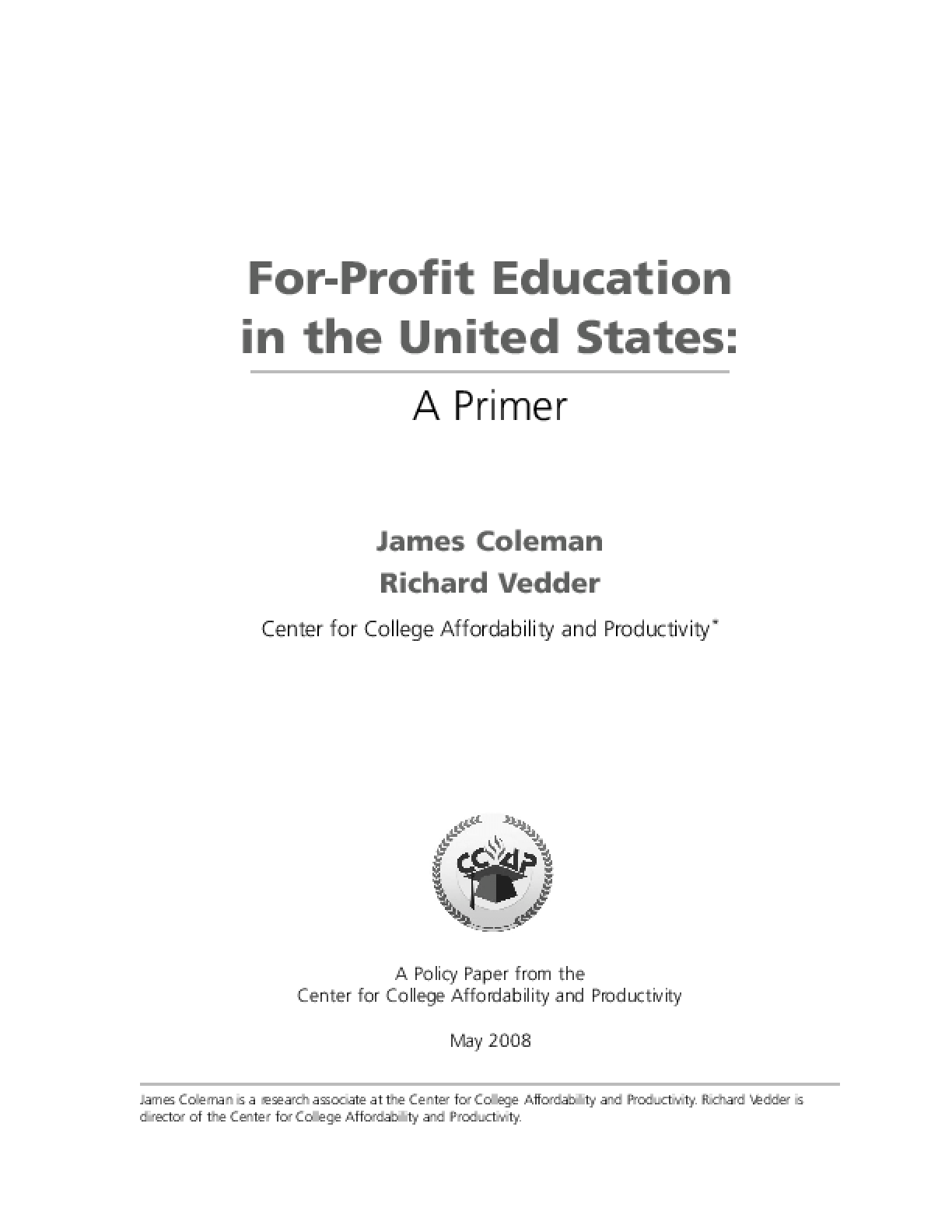