For the Benefit of All: Strategic Recommendations to Enhance the State's Role in the Integration of Immigrants in Illinois (Policy Council report, Year Two)

On November 19, 2005, before thousands of immigrants attending the Immigrant Justice Convention hosted by the Illinois Coalition for Immigrant and Refugee Rights (ICIRR) in Chicago, Illinois Governor Rod Blagojevich signed the landmark New Americans Executive Order. The Executive Order launched a unique public-private partnership to create a first-in-the-nation coherent, strategic, and proactive state government approach to immigrant integration. The Order recognizes the challenges and opportunities presented by Illinois' rapidly growing immigrant population. It views immigrants as economic and social assets, and calls on the State to focus strategically on how to realize their potential for the benefit of the entire state. Immigrants in Illinois play an important role in our state's economy, filling labor gaps at both the high-skill and low-skill ends of the job spectrum. In a shifting and increasingly globalized economy, Illinois immigrants from around the world can provide an important competitive advantage to the state. Yet, until now, neither Illinois, nor any other state, has developed a comprehensive immigrant integration strategy. Illinois is proud of its past leadership in this field, and it is our hope that the work of the New Americans Policy Council and the State's Interagency Task Force will provide guidance both to Illinois and the nation on the complex issues of governance with a diverse population of newcomers. Integrating newcomers and making the most of their potential as economic assets to our state will build social cohesion and benefit all Illinoisans. This document is the report of the New Americans Policy Council for year two of the New Americans Executive Order project, released in 2008. 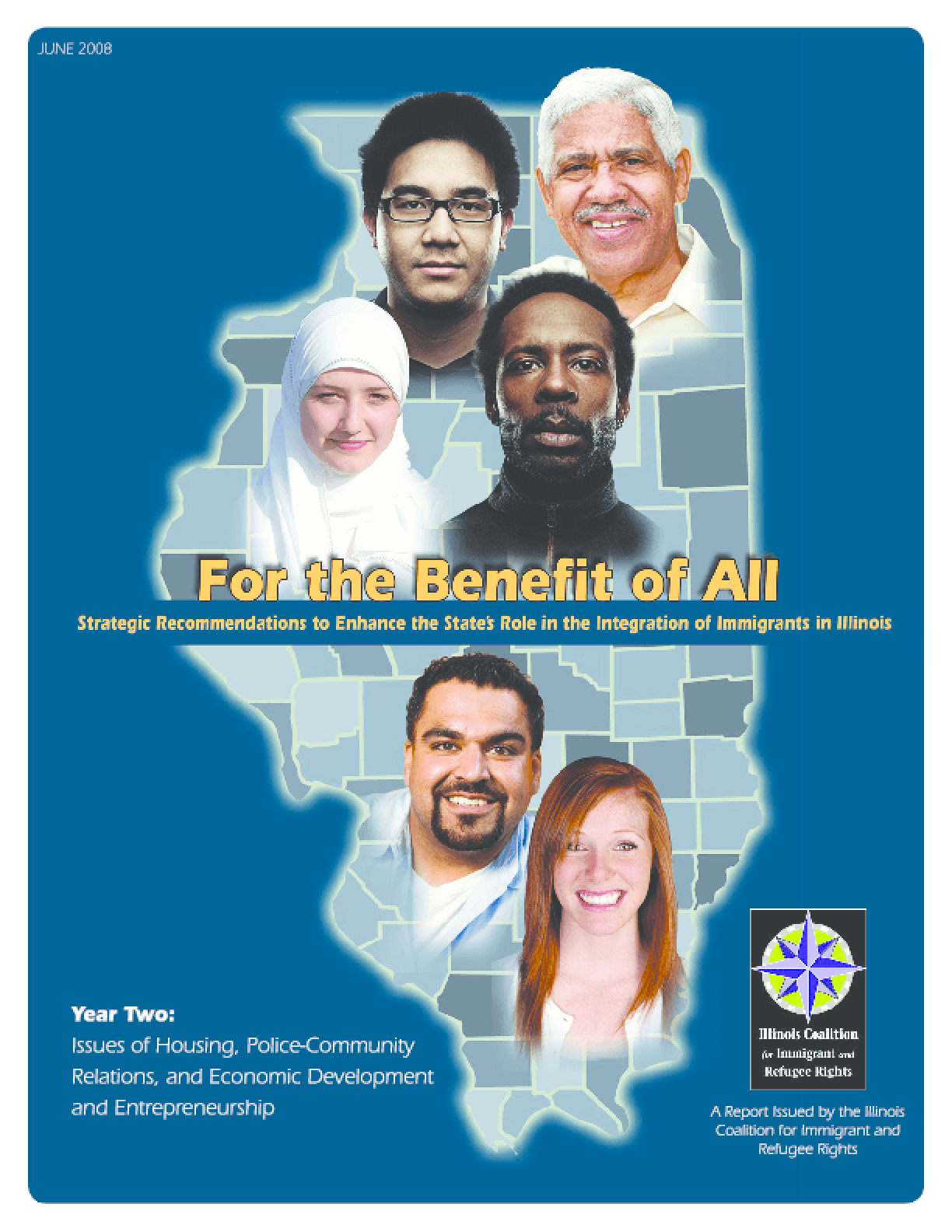