Forced Labor in the Production of Electronic Goods in Malaysia: A Comprehensive Study of Scope and Characteristics

In this report 501 electronics workers were interviewed using a quantitative survey form by a team of twelve researchers. The sample included foreign workers from seven countries, as well as Malaysian nationals. A set of longer, semi-structured interviews were also conducted, to supplement the quantitative data. These interviews were used to explore particular aspects of vulnerability to forced labor, and to profile how various risk factors can combine to trap workers in their jobs. Regional and global stakeholders from civil society, government and business were also consulted. Interpretation of the data was guided by the International Labor Organization's survey guidelines to estimate forced labor. Throughout the process of applying the ILO framework, Verité erred consistently on the side of caution, choosing to define forced labor narrowly to ensure that positive findings were always based on solid, unambiguous evidence -- even when this meant leaving additional evidence aside that might also have contributed to a forced labor determination. For this and other reasons discussed throughout the report, the positive findings of forced labor reported below are very likely lower than the actual rates of forced labor in the Malaysian electronics industry and should be viewed as a minimum estimate. 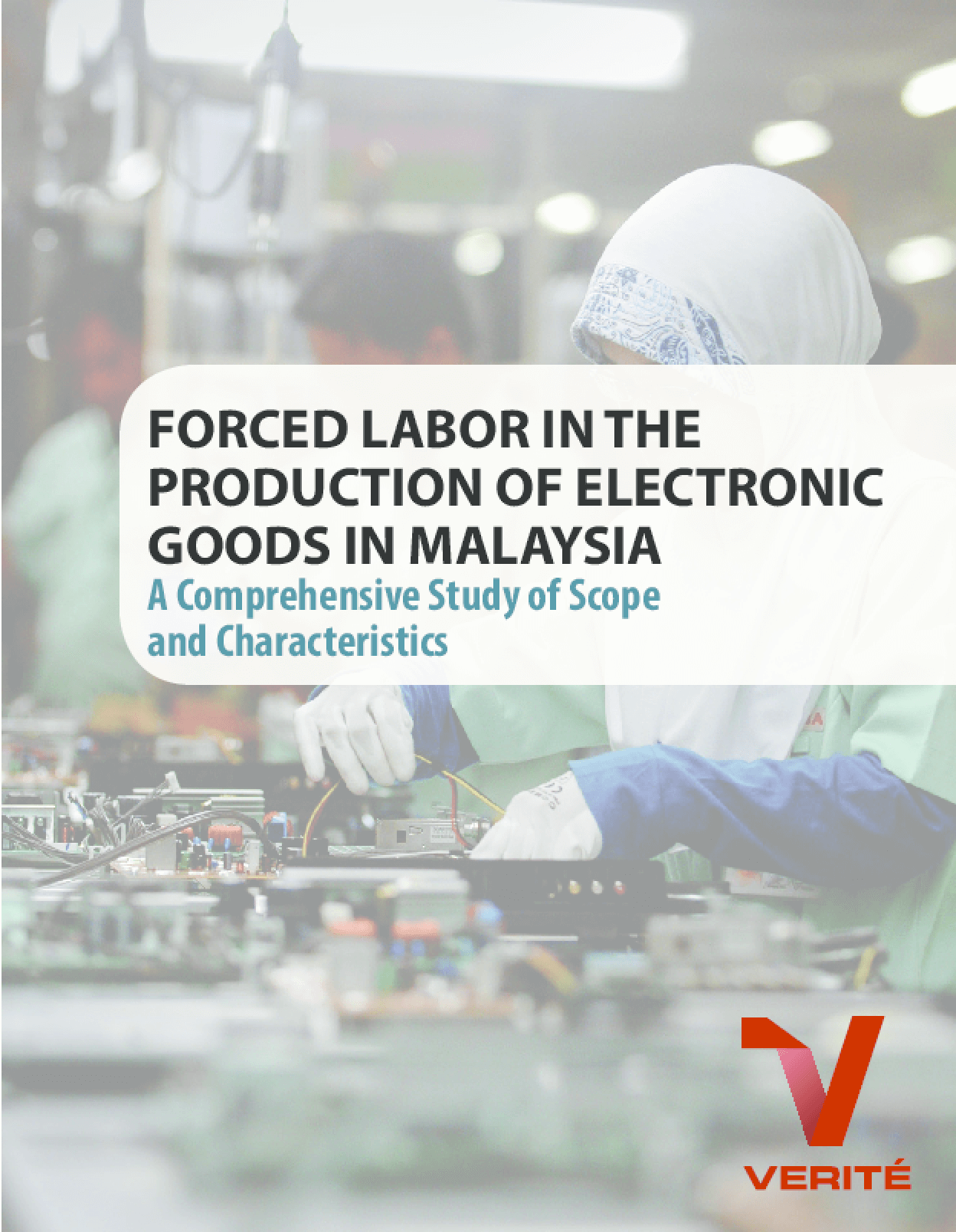